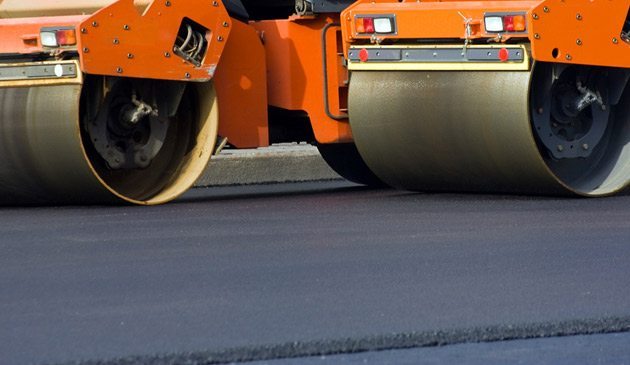 || By FITSNEWS ||  South Carolina’s Department of Transportation (SCDOT) is a disaster – chronically short on cash despite the hundreds of millions of dollars taxpayers throw at it each year.  Yet rather than reform its busted bureaucracy (or stop approving totally unnecessary projects), South Carolina lawmakers want to take the easy way out and throw more money at government.

Which of course means raising taxes on gasoline … even though dirt poor South Carolinians already spend a disproportionate percentage of their income (third-highest in the nation, last time we checked) on fuel costs.

“Since when is raising taxes the only solution in a ‘Republican’ state?” former SCDOT commissioner Sarah Nuckles recently wrote on our site.  “What happened to more efficiency, less government, and improving the economy?  What happened to Ronald Reagan’s smaller government vision?”

That’s easy … big government “Republicans” (including one very powerful, very self-serving “Republican”) are devouring that vision.  Daily.  And sticking you with an ever-escalating check for their corruption.

One example of SCDOT incompetence?  The story of Lynches River Contracting – which sources tell FITS has recently been approved for taxpayer-funded road paving work.

Why should we care about this company?  Because according to its competitors – Lynches River Contracting was formed from the ashes of Boggs Paving, a Monroe, N.C.-based company which was involved in a huge fraud and money laundering case two years ago.

As a result of that case, Boggs Paving had its assets frozen and was explicitly banned from bidding on road projects in North Carolina and South Carolina.  Its former CEO – Drew Boggs – has pleaded guilty to the charges filed against him and is facing up to 25 years behind bars.

Not only that, the company is planning on using “asphalt plants, dump trucks and other resources from two other companies associated with the Boggs name, including Boggs Materials and Boggs Transport.”

If this transparent “switcheroo” weren’t bad enough, one of the company’s competitors – Kim Lineberger of Lancaster, S.C. – says SCDOT has actually been “coaching” the new company on how to complete paperwork with the agency.

Jeez … and we wonder why SCDOT is in such dire straits?

We’ve been calling on state lawmakers for years to fix the SCDOT – which continues to conduct “business as usual” in the aftermath of its 2007 “reform.”

Sic Willie was for it before he was against it.

Went down state a several weeks ago. There was a back road, think it was Cottageville road that was being paved. Road wasn’t nearly as bad as most I’ve seen. Must be some state senator or rep living on the road. Only saw 2 other cars in a 20 mile stretch.

Bingo. The entrance street into my neighborhood has been slated to be repaved but the 3 intersecting streets will not be repaved. I thought to myself, what makes it so special, it is only a small neighborhood and in no worse shape than the surrounding streets. Well, that main street runs into a newer & more expensive subdivision that has quite a bit of undeveloped property which is owned by a sc state senator. So I suppose he thinks construction on new homes in that development is going to pick up or he has plans to sell off some more of that vacant property.

“Well, that main street runs into a newer & more expensive subdivision that has quite a bit of undeveloped property which is owned by a sc state senator.”

So who is the senator?

For a minute there, TBG thought you were going to say “Chauncey Gardiner”.

“But Boggs’ brother Chris Boggs – who wasn’t indicted”
That’s all I need to know. End of story.

The SCDOT will get their money, because their patrons, the corrupt within our state gov’t, stand to benefit as well.

It’s just a matter of time. There will be no meaningful audits, accountability, etc.

There will only be backroom dealing and money changing hands with a bill/vote structured in a way to minimize political backlash.

Enough roads will be paved to keep the hoi polloi from rioting while our masters skim the top and eventually retire to Hilton Head, or Bermuda/Cayman Islds, etc., if they couldn’t keep their dealings quiet enough.

“The SCDOT will get their money, because their patrons, the corrupt within our state gov’t, stand to benefit as well.”

Yep, the DOT is corrupt because the big boys like it that way. And that is why it will not change.

That is also the reason why so much of the environmental side of DHEC is incompetent.

No, not me, but that is a funny name. I probably would have used “Greasy” instead.

When the Chinese eventually take over SC, will they hire the same old good old boys to pave their private roads? Or do they even do good old boy? A Rumsfeldian “known unknown.” But we’ll find out. Coz that’s what’s in the works.

There is a stretch of I-20 in Kershaw County that has been under construction since around the time the I-20 widening project began in the Clemson Rd. area. I’ve noticed the Boggs trucks working in Kershaw County. It baffles me as to why it is taking years to simply resurface a stretch of road. The widening and laying of concrete road around Clemson Rd. took less time than these incompetent fools are taking to lay some pavement. Not to mention they are shutting down traffic lanes during the busiest times of the day and creating a traffic mess.

Half of what state and local government does seems to be for the benefit of road builders and real estate developers. Often very cozy relationships, if not those people actually getting governmental positions.

When the gas taxes haven’t been raised in the state since 1987 (in the nation, the early 90s), by God, common sense should tell you that inflation on the building and labor costs, population growth and the development that goes with it have to mean that more tax money is needed to maintain and build the necessary roads to keep up.
Can’t you idiots get Grover to explain to you that roads have been a core function of government for a few thousand years?
I don’t know who you can go to help you figure out more people = more needs for anything and everything.
That’s so obvious, I don’t know why you can’t figure it out yourselves.
Our infrastructure used to be a part of our American Exceptionalism. But, like almost everything else, the goddamned Republicans and ALL of their crazy ass fringes have killed it because they take things like pledging allegiance to Grover Norquist seriously.

You forget the SUBSTANTIAL increases in “welfare”, too. Oh, wait, that’s the LIBERAL voting block….

The Republican block in SC only votes for welfare in the form of government subsidies for corporations that promise not to pay well enough to help get the working poor off of government assistance. SCGOP version of “Catch 22.”

Nationally, of course, both parties are all about the same fucking game where the Wall Street moochers in makers clothing are concerned — but the Dems manage to blow major smoke up our asses about it, so the true believers are sure they’re pure as driven snow in that regard. DNC version of “Jonestown.”

Nitrat, Help us stop the fraud waste and abuse and you will get your tax increase. We are just tired of the pissing away of our money, Give us value, and you will get the money.
But we just won’t consent to more waste.

Our infrastructure used to be a part of our American Exceptionalism.

Never had you pegged as an American Exceptionalist, Nitrat.

If there are more people using the roads, there is more gas being purchased, then there is more tax revenue being created that even the illegals, and tax dodgers cant avoid paying … you must work for the government if you think more taxes is the answer.

According to SC Sec. of State, the registered agent for Lynches River Constr. is William O. Spencer, Jr. The address is 301 West Main in Chesterfield SC. The company was registered 9/23/14. William O. Spencer is also the registered agent for Rainbow Investments, Myrick Construction, Americare Health, Piedmont Commercial Roofing, Cumberland Gravel and Sand, and Main Street Financial. A few of these companies are flagged as foreign. Wonder what his connection is about?

According to NC Sec. of Sate site, Boggs Paving still has an active status. Also, he is the registered agent for several other companies.

He is an attorney. Just like if you went to an attorney to get a corporation formed and they filed the paper work for you.

In Greenville County the Ashemore Bros. were the villains for years. I hear they’re gone now but there are still aged, quiet little neighborhoods with brand new streets and county roads with fresh blacktop leading up to wealthy neighborhoods and not beyond. The Ashemores used to pave roads with no houses on them and no sign that any ever will be. Of course, the county paid for all.

And let’s not forget the Thrifts, also from the Upstate.

R u out of your mind. The Ashmores are as big as ever and paving away. Where did you get the idea that they were done?

Oh joy oh joy. Now the search for dirt of the vast Boggs clan of western NC begins. Who will be the first to find the connection to the I-75 rip off? Hint hint maiden name Boggs hint hint Myrtle Beach hint hint no more hint for you happy hunting …

Defamatory trolls are notoriously bad with the numbers. It’s a stupid comment, as that surname is almost as prevalent up there as Johnson.

I have finally managed to reduce my debunking of the Chmura Economic Impact of I-73 in South Carolina “study” to a tweet:

Think that will deter MBACC from running those “29,000 jobs” ads on MB TV?