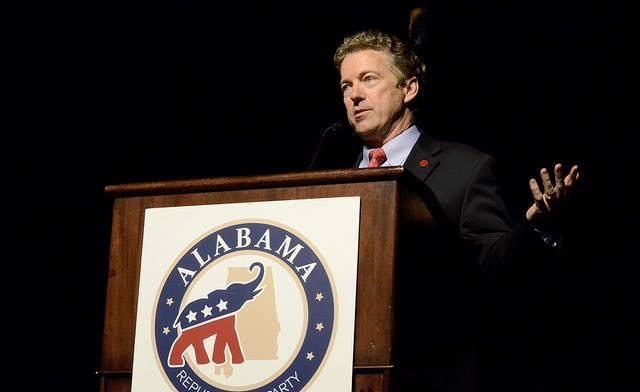 || By FITSNEWS || A new Quinnipiac University “swing state” poll shows recently announced GOP presidential candidate Rand Paul is giving presumed Democratic nominee Hillary Clinton a run for her money in Colorado, Iowa and Virginia – three states “Republicans” need to reclaim if they hope to win back the White House in 2016.

To be fair, though, Clinton has seen “slippage” in hypothetical match-ups against the entire GOP field, as the fallout from her email scandal at last appears to be registering with voters.

“These numbers are a boost for (Paul) as he formally launches his campaign,” said Peter A. Brown, assistant director of the Quinnipiac poll.

Of course Brown added “it isn’t just one or two Republicans who are stepping up; it’s virtually the entire GOP field that is running better against (Clinton).”

“In all three of these states, more … registered voters say she is not honest and trustworthy,” Brown said.  “Voters do think she is a strong leader – a key metric – but unless she can change the honesty perception, running as a competent but dishonest candidate has serious potential problems.”