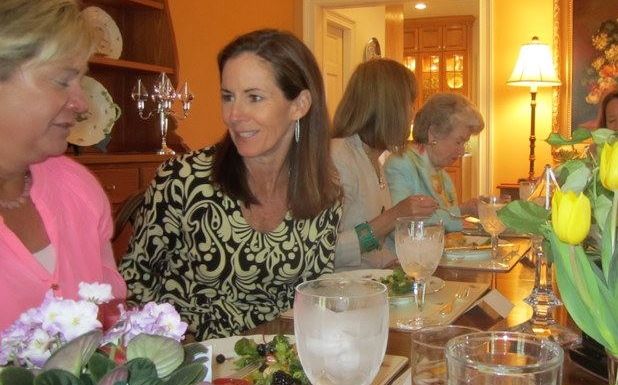 || By FITSNEWS || Former S.C. first lady Jenny Sanford wants to be the next director of the S.C. Department of Health and Environmental Control, The (Columbia, S.C.) State newspaper is reporting.

Of course it doesn’t sound like she’s really interested in the position so much as getting her name in the paper … again.

“The DHEC job is open (and), yeah, I just sent them my resume,” Sanford told reporter Cassie Cope of The State. “Is it the ideal job for me? No, because I’d prefer a job in Charleston, and I’d prefer one in the private sector.”

Ummm … okay.  Sanford was previously passed over for the presidency at the College of Charleston, a job which ultimately went to veteran lawmaker/ lieutenant governor Glenn McConnell.

The ex-wife of former two-term governor Mark Sanford turned being a “woman scored” into a cottage industry  following her philandering ex-husband’s tearful admission of infidelity back in 2009.  She later divorced him and has proceeded to make life hell for him.

S.C. governor Nikki Haley nominated longtime confidant Eleanor Kitzman for the SCDHEC post back in January, but Kitzman abruptly withdrew her nomination in late February – right when it seemed State Senators were poised to confirm her for the post in spite of herself.

Haley is still searching for someone to replace Lowcountry attorney Catherine Templeton, the agency’s former director who is widely credited for streamlining and reforming the largest bureaucracy in state government.