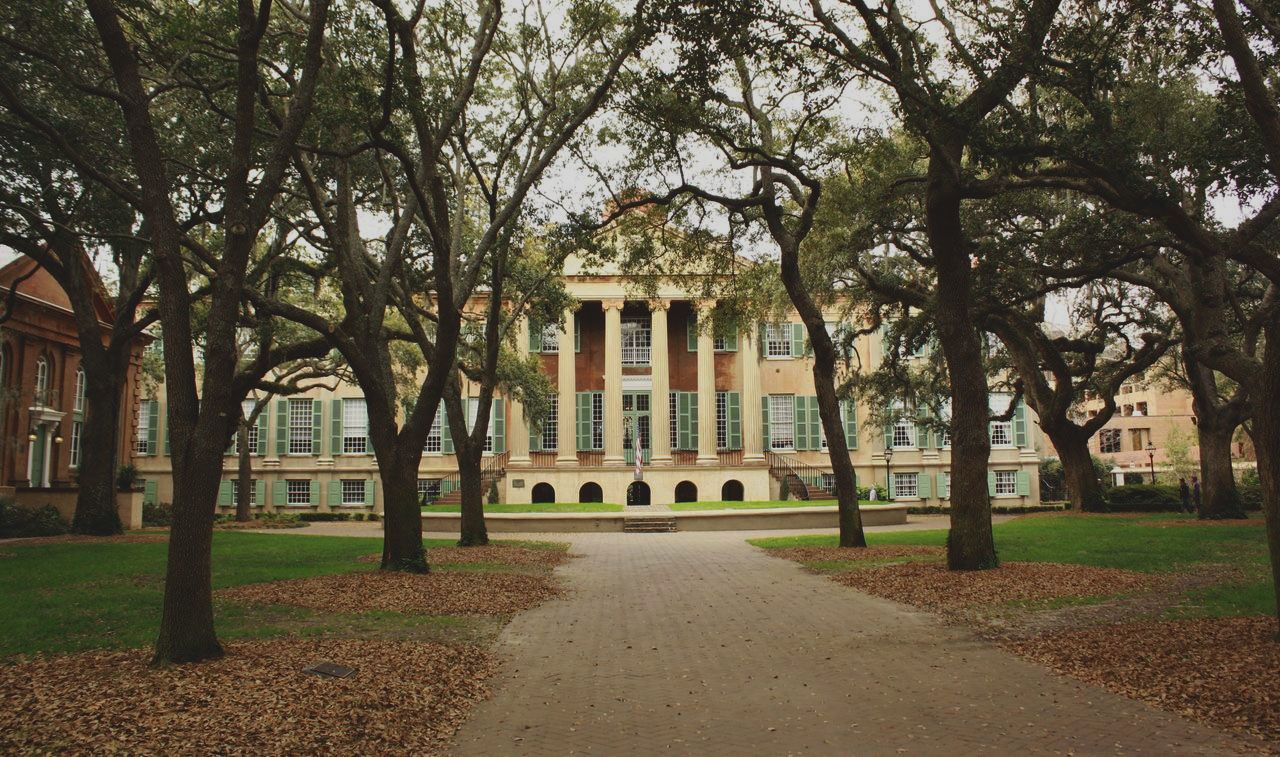 Powerful Palmetto State lawmakers are applying improper pressure on trustees at the College of Charleston (S.C.) in an effort to have the state’s lieutenant governor – one of their former colleagues – named as the school’s next president.

Trustees are being threatened with the loss of their positions, while the companies and organizations they represent are similarly being cajoled in an effort to sway votes. Also, the school itself is being threatened with a reduction in funding in the event S.C. Lt. Gov. Glenn McConnell (RINO-Charleston) is not chosen.

This is his life boat, in other words …

FITS has written previously about the pressure applied on McConnell’s behalf by S.C. Chief Justice Jean Toal – but her machinations pale in comparison to the blitzkrieg being mounted by numerous lawmakers. 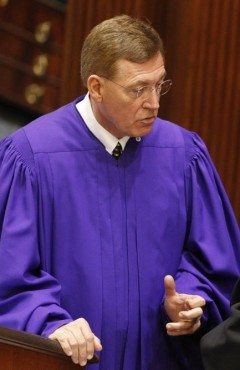 The ringleader of the effort? Powerful S.C. Senate finance committee chairman Hugh Leatherman (RINO-Florence), who has dispatched Daniel Dukes – a government-funded lobbyist from Francis Marion University – to lead the campaign for McConnell.

“Mr. Dukes has called many board members and inferred (they) could lose their seats and the College could lose funding if they do not support McConnell,” one of our well-placed sources confirms, adding that Dukes “infers he is speaking at the request of legislators.”

In addition to Leatherman, lawmakers Jimmy Merrill (RINO-Daniel Island) and Leon Stavrinakis (D-Charleston) have reportedly been twisting trustees’ arms on McConnell’s behalf.  S.C. Speaker of the House Bobby Harrell (RINO-Charleston) has also been making calls in support of Merrill and Stavrinakis’ efforts.

It’s a full-court press, in other words …

Dukes’ involvement in particular has riled trustees, though. 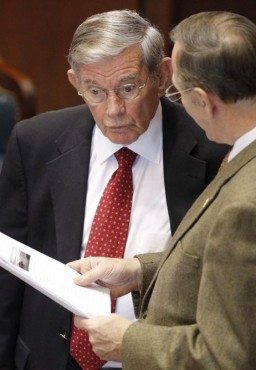 Really? The president of Francis Marion is Fred Carter – a longtime Leatherman ally.  We have no doubt he is not only aware but completely supportive of Dukes’ activities.

The College of Charleston board of trustees is comprised of twenty members; two apiece from each of the South Carolina congressional districts and three at-large members elected by the General Assembly.  S.C. Gov. Nikki Haley is also on the board – as are two appointments made by her (one at the direction of the school’s alumni association).

It’s not clear how many of these seats lawmakers have nailed down – although they won’t have to work hard for several of them.  After all one seat belongs to the daughter of former S.C. Senate Minority Leader John Land (D-Manning), while another seat belongs to the sister of S.C. Rep. John King (D-York) – even though she has yet to fill out her paperwork for the seat and was questioned during her confirmation hearings about failing to file her income taxes.  Another seat belongs to Renee Goldfinch – wife of corrupt S.C. Rep. Stephen Goldfinch (RINO-Georgetown), who is currently under federal indictment for his role in a stem cell poll.

McConnell also directly appointed at least two other board members.

Anyway, in addition to the threats and cajoling – several sources close to the race tell FITS McConnell’s attitude is rubbing some trustees the wrong way.

“The real buzz (in Charleston) is how arrogant McConnell is,” another source familiar with the search process tells us. “He said in the paper he would decide over the holidays whether he would be lieutenant governor or president of (College of Charleston) – as if those are his decisions and not the voters or the trustees. He also hasn’t applied for the job because ‘his resume speaks for itself’ and he should be asked.”

FITS has previously weighed in against taxpayer-funded positions for former elected officials.

“Elected officials focused on securing six-figure taxpayer-funded lifeboats for themselves clearly do not have the best interests of taxpayers at heart,” we wrote.  “And in addition to the cost of paying them these inflated salaries, we’re also on the hook for whatever government largesse they gave away in the process of securing these positions.”

Glenn McConnell has accrued a host of retirement benefits during his three-plus decades as a career Columbia, S.C. politician – time he spent blowing your tax dollars on nonsense like this.  Taxpayers do not need to add a mid-six-figure annual salary to his “resume.”