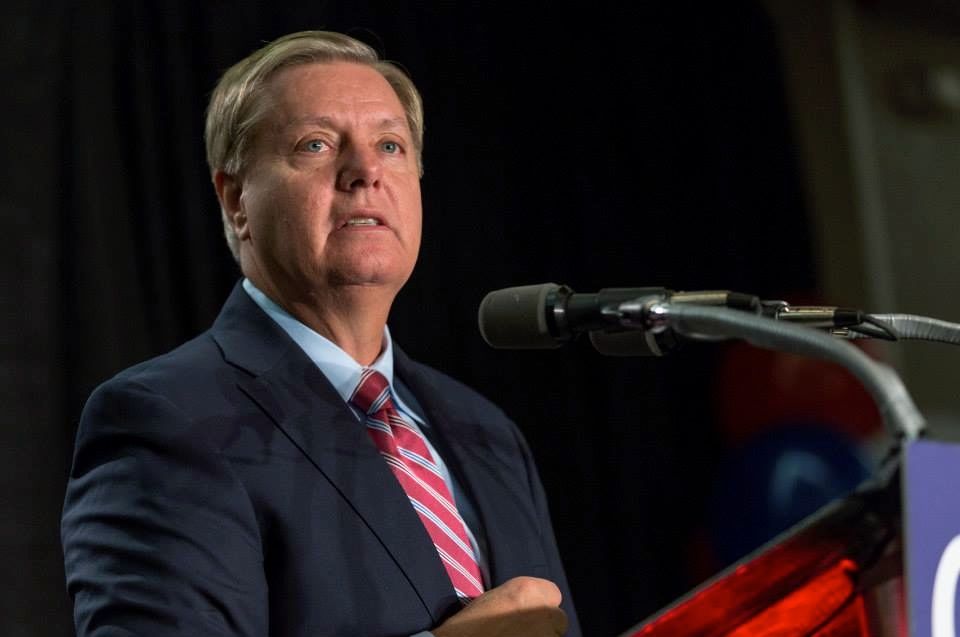 That’s according to the latest results of The Winthrop Poll, which has been gauging public opinion in the Palmetto State since 2006.

The survey found Graham’s approval rating as a U.S. Senator stood at 46.5 percent for all voters, and 60.3 percent for “Republicans” – although its clear those numbers would erode in the event he continues his Quixotic bid for the presidency.

Graham is currently drawing between 10-13 percent support in a hypothetical “First in the South” GOP presidential primary, according to recent polls, although he’s not even registering as a blip on the radar in early voting Iowa and New Hampshire.

Even as America swallows way too much war propaganda of late, Graham remains the angry outlier – a rabid militant whose perpetual (and routinely conflicted) support for American interventionism raises serious questions about his judgment.

Winthrop surveyed 1,109 residents in South Carolina by landline and cell phones between February 21 and March 1, 2015. The poll’s margin of error is plus or minus three percentage points.

We’ll have more results from the poll soon …