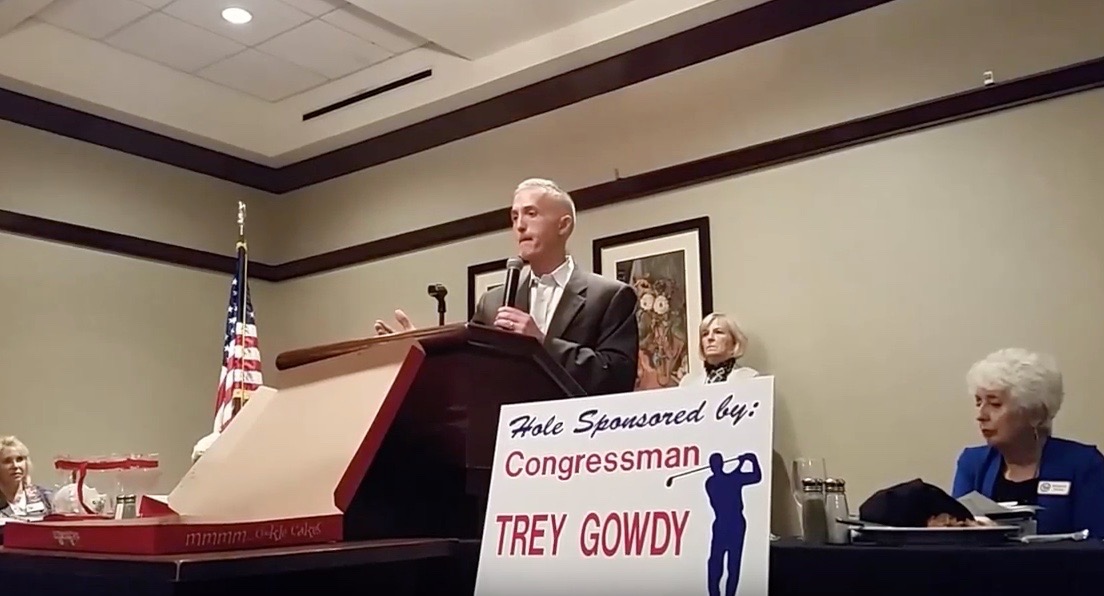 “One reason I don’t endorse is because I get to represent people who follow politics just as closely as I do,” Gowdy said. “You don’t need me to tell you who to vote for.”

This, of course, was before Gowdy endorsed U.S. Senator Marco Rubio of Florida – ending any shot he had of being elected as the next chief justice of the S.C. Supreme Court.

Maybe Gowdy should have stuck to his original policy on endorsements?

First In The South … For How Long?

He sponsors holes. He should sponsor Marco Rubio’s butthole.

Trey already played his part in exonerating Hillary like a good little puppet, forget him. What’s more exicting is Trump pulling the birther card on Cruz! It’s like Xmas all over again!

Surprised we haven’t seen “Birthers for Cruz” around today.

All the GOP candidates love, love, love guns.
Why they are standing in a circle and discharging them is a mystery?

Those who support Cruz are the ones either too stupid or too immoble to make it to a Trump rally.

A former U.S. attorney thinks Hillary Clinton could face a criminal indictment from the FBI within the next 60 days.

“They have reached a critical mass in their investigation of the secretary and all of her senior staff,” DiGenova said Tuesday on the “Laura Ingraham Show” radio program. “And, it’s going to come to a head, I would suggest, in the next 60 days.”

“Never say never” is a wise axiom. It’s hard to remember everything you’ve said in the past.

Gowdy is God and when Hillary is indicted you will understand that.

If something were to happen to Carson, Trump, Fiorina, Cruz, and Huckabee, I’d vote for Rubio.

First there was Howdy Doody

Then there was Heidi Doody, Howdy’s sister

Also there was Double Doody, Howdy’s stand in double

I like him alright . kind of a blowhard. he reminds me of a bird with that hairdo. tufted tittmouse maybe. or a bluejay