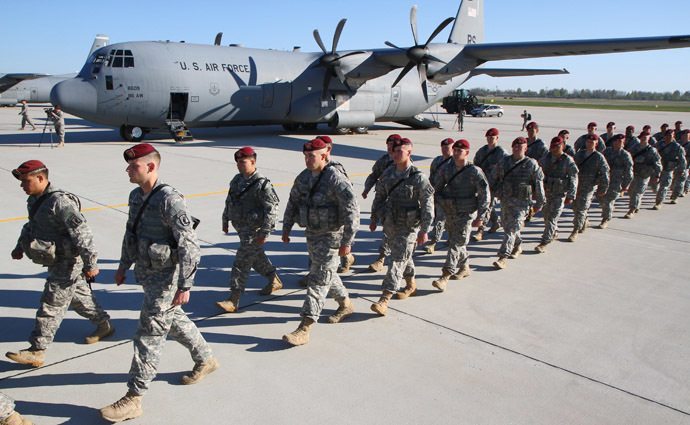 || By FITSNEWS || The United States military is closing an estimated fifteen bases in Europe – saving roughly half a billion dollars annually, the U.S. Department of Defense (DOD) announced this week.

Of course “saving” is a pretty curious term considering the latest U.S. budget deal included billions in new “emergency spending” for America’s ongoing “War on Terror” – money over and above the $521 billion the Pentagon is already receiving.

In other words any money “saved” by this reduction in force was long ago spent someplace else  … probably on nonsense like this.

“I know that this will result in a reduction of our local host nations workforces at some locations,” outgoing U.S. secretary of defense Chuck Hagel said.  “I value the tremendous support they provided us for decades.”

Wait … the support they provided us?

Okay … that’s an interesting way of looking at it.

Frankly, there’s no reason a single U.S. solider, tank, plane or ship should be stationed in or around Europe.  Why not?  Because defending Europe isn’t America’s job – and even if it was, we couldn’t afford it.