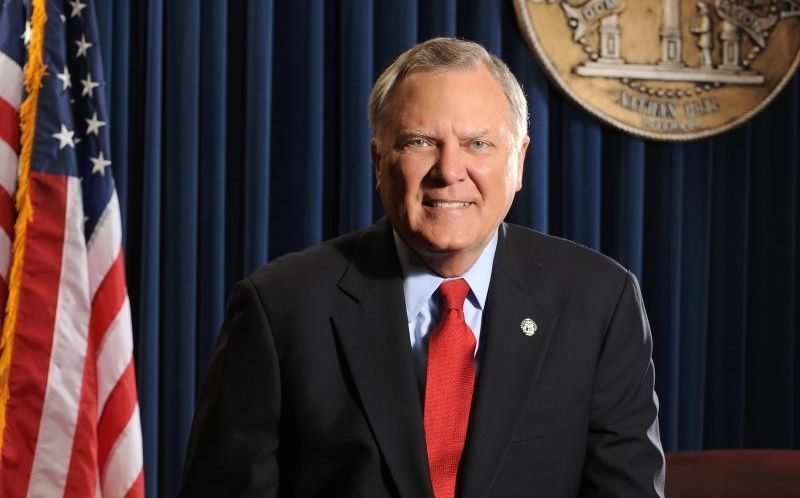 By FITSNEWS  ||  When this website says a politician is getting indicted, it happens.  Other websites?  Not so much … which is why they no longer exist.

Anyway, one liberal website is going “all in” on the indictment front – predicting Georgia governor Nathan Deal will go down within the first two weeks of the new year.

The website – Liberal America – says Deal is the subject of a U.S. Department of Justice (USDOJ) investigation stemming from a pair of former probes, one conducted by the U.S. House (where he served from 1993-2010) and another by the state of Georgia.

The former probe focused on allegations that Deal improperly used his congressional staff to pressure Georgia officials into continuing a vehicle inspection program.  The extension of this program reportedly benefited an auto salvage company owned by Deal to the tune of hundreds of thousands of dollars.  The latter probe?  It focused on allegations that Deal improperly used campaign funds to pay for legal counsel related to the congressional investigation.

Does either case blow our skirt up?  No … but Deal’s involvement in a 2011 South Carolina scandal (the infamous “Savannah River Sellout“) does interest us.  A lot.

Anyway, according to the website, “a source who spoke on the condition of anonymity said that Deal will be indicted on multiple charges and that the case against him is ‘airtight.'”

Another source claims the indictments against Deal will be handed down “no later than January 15, 2015.”

“We’ve heard nothing from anyone,” Evans told the paper. “There’s no objective evidence of this, and I’m confident that it would be something I would have heard.  There’s been nothing.”

Worth noting?  The AJC has reported in the past on federal investigators issuing subpoenas to Georgia ethics officials regarding the agency’s investigation of Deal’s 2010 gubernatorial campaign.

Not only that, in July 2014 the paper obtained a memo in which the state’s ethics commission director – Holly LaBerge – claimed to have been pressured by Deal’s chief of staff Chris Riley and his chief legal counsel Ryan Teague to “make the complaints (against Deal) go away.”

Fueling the fire?  LaBerge failed to provide the memo to reporters who submitted a Freedom of Information Act (FOIA) request for all documents related to the Deal investigation.