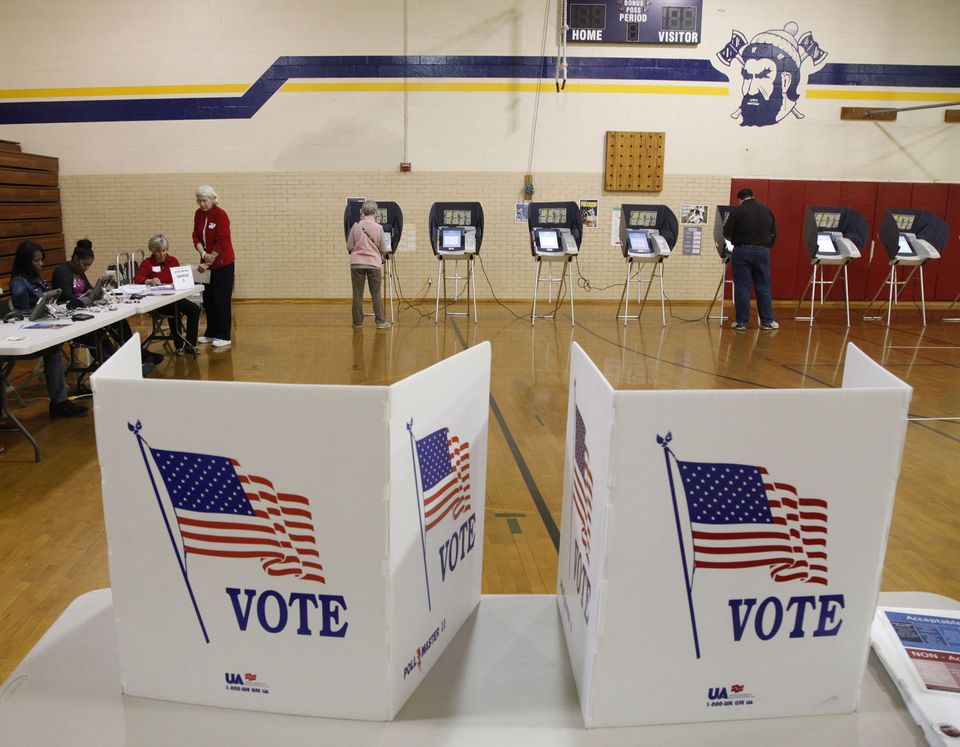 FALLOUT FROM THE “REPUBLICAN” ROMP …

By FITSNEWS || With the 2014 elections in the rearview mirror, it’s time to assess the fallout from the race that was … and the implications on races to come.

Those implications are abundant, but our first step is to take inventory of the winners and losers from November 4 – and not just the names appearing on various ballots here in the Palmetto State and beyond.

The big story is obviously the rebirth of the “Republican” party – at least as an electoral force to be reckoned with.  The GOP may still be the other side of the “heads they win, tails you lose” big government coin, but they dramatically expanded their political power.

In South Carolina, the GOP rout was relentless … and though turnout in the Palmetto State appears to be down from 2010, that doesn’t discount the enormity of the “Republican” victory.  Now … will the GOP use its vote of confidence from those who showed up at the polls (hello, Taylor!) to actually shrink government and lower taxes?

Of course not … especially now that they know they can easily win without doing so.

Anyway, here’s our unflinchingly honest assessment … including a bit of self-deprecation.

1. REPUBLICANS – Seriously, if you had an “R” by your name – in South Carolina or pretty much anywhere else across the county – November 4 was a very good night for you.  The GOP won the U.S. Senate convincingly, padded its lead in the U.S. House and swept South Carolina’s constitutional offices with huge double-digit margins.  Everywhere one looked, “Republicans” outperformed the polls – scoring unexpected and bigger-than-expected victories.  It was a “Republican” romp of epic proportions  – and in the Palmetto State it marked the effective end of the Democratic party as a credible “minority.”

2. NIKKI HALEY – South Carolina’s incumbent “Republican” should have been the most vulnerable governor in America.  Instead, she won reelection by a landslide.  How the hell did that happen?  Easy: Her Democratic oppponent Vincent Sheheen ran the single worst general election campaign in South Carolina history – failing to exploit Haley’s glaring vulnerabilities while charting a course far to Haley’s left on bread-and-butter fiscal issues.  Sheheen’s “I want to grow government bigger than she does” campaign strategy failed miserably (as we predicted it would) – enabling Haley to be perceived by voters as the “conservative” choice despite having advanced a liberal agenda on taxes, spending, education and (most notably) government-subsidized health care.  Now Haley – who was dead in the water as recently as a year-and-a-half ago – has a resounding reelection win under her belt and is once again being discussed as a credible national candidate.

3. TIM SCOTT – One of the few “Republicans” who displays a genuine commitment to the party’s stated principles of less government and more liberty, Scott became the first black man elected to the U.S. Senate from a southern state since Reconstruction.  Not only that, he scored the most decisive win of any of the “big ticket” races – netting a whopping 61 percent of the vote (the highest for any Republican in a contested race).  We don’t care about Scott’s skin color, we care about his voting record (which is far better than the average “Republican” in Washington) – but it was nice to see his historic victory take place in South Carolina, a state that hasn’t always set a high bar when it comes to race relations.  Scott will have to run again in 2016 for a full six-year term, but his huge margin should serve to discourage any credible challengers – assuming he continues to vote the right way.

4. LINDSEY GRAHAM –  We put Graham behind Haley and Scott on our “winners” list because his vote totals trailed both of the other top ticket GOP candidates on election night.  Graham wound up with 55 percent of the vote – well above his low forties approval rating – but still, he won a race that he could (and should) have easily lost.  Graham is the most liberal “Republican” in Washington, D.C. – a guy who less than forty-eight hours before facing voters vowed to once again raise their taxes in violation of his previous pledges.  Despite that, he still won by a double-digit margin – a win that could fuel presidential aspirations.

5. RICHARD QUINN – The veteran GOP consultant scored victories up and down the ballot in South Carolina – with his clients winning races for lieutenant governor, state treasurer, attorney general, superintendent of education – and the U.S. Senate, among others.  There is no more potent political force in the Palmetto State right now than “The Quinndom,” with the firm’s huge election night paving the way for dramatically expanded power in state government – as well as greater influence over the 2016 “First in the South” presidential primary.  The era of the political machine, it would appear, is far from over in South Carolina – and that machine is run by Richard Quinn and Associates.

MORE WINNERS: SCGOP chairman Matt Moore – The youngest party chairman in America led the SCGOP to its biggest electoral romp ever.  Moore’s personal stamp was all over this election cycle prior to his party’s sweep last night.  His work on Vincent Sheheen’s defense of sex offenders and child molesters set the stage for the Republican Governors Association (RGA)’s devastating TV ad blitz – effectively stopping Sheheen’s campaign before it could it take off.  Moore also had the courage to publicly rebuke a S.C. Congressional nominee who called gays and lesbians “gremlins.” Bob Livingston – South Carolina’s adjutant general was unopposed on the ballot but he led the charge to pass Amendment 2 – which will make his office an appointed position. Word has it Livingston put significant personal resources behind this effort – which represents another small step towards having a more sensible, streamlined executive branch. Momentum exists for appointing other offices. Kirkman Finlay – The first-year lawmaker ran a disciplined campaign in a Democratic-leaning district to hold off a challenge from liberal trial lawyer Joe McCulloch.  Finlay is a champion for ethics reform at the S.C. State House, and his reelection should help move this issue forward.  Greenville and Lexington Counties – Voters in both GOP strongholds voted down sales tax hikes by convincing margins.  S.C. Election Commission – Once again, director Marci Andino’s organization ran a smooth vote.

1. TAXPAYERS – As we pick winners and losers from an election, each year “Republicans” and Democrats pick winners and losers with hundreds of millions of your tax dollars – an inherently corrupt practice.  Corporate cronyism, welfare statism, warfare statism and unsustainable government spending continue to drain the U.S. (and South Carolina) consumer economy of the juice it needs to create job and income growth – and big government “Republicans” like Nikki Haley and Lindsey Graham are as guilty of fueling these destructive forces as Democrats.

2. DEMOCRATS – Could it have been any worse for Democrats on election night?  Nationally they were stampeded by a herd of elephants, but in South Carolina that herd not only ran over them … it backed up over them and then ran over them again.  So no … it could not be worse.  Democrats were defeated in the Palmetto State by double-digit margins up and down the ballot – a seismic repudiation of their message, and their messengers.  For decades in South Carolina (up until the 1980s), the only election that mattered was the Democratic primary.  Today, that distinction belongs to the GOP primary.

3. VINCENT SHEHEEN – On October 21, we published a column declaring Nikki Haley would win reelection as governor of South Carolina.  How did we know that was going to happen?  Because the candidacy of Vincent Sheheen – once viewed with such promise – collapsed under the weight of its own left-leaning ideology.  Back in the spring of 2013, our founding editor was asked by the candidate himself how to beat Haley.  His answer? “Go right,” in other words, find a way to get to Haley’s ideological right flank on issues like taxes and spending.  Doing so, our editor argued, would not only neutralize Haley’s attacks against him – it would open up a damaging hypocrisy angle against Haley on the issues that mattered most to voters.  Sheheen didn’t listen, though.  He didn’t “go right.”  He went left.  Hard left.  And his candidacy – which was poised for an upset as recently as a year ago – imploded.  Seriously … Sheheen ran the worst statewide campaign for elected office we’ve ever seen.  And that was before he “inadvertently” called Haley a “whore” during the last week of the race.

4. THOMAS RAVENEL – In late July and early August, mainstream media polls (and internal surveys conducted by various pollsters) showed the independent U.S. Senate candidate receiving anywhere between 10-15 percent of the vote in his petition bid against exceedingly vulnerable “Republican” Lindsey Graham.  What percentage of the vote did Ravenel end up with?  Four percent.  Despite his checkered past, the opportunity was there for Ravenel to emerge as a credible alternative to Graham.  He failed to do that … miserably.

5. FITSNEWS – That’s right, “us.”  This website has long championed a “third way” in politics, but the voters who showed up on November 4 once again picked one establishment poison over the other.  In 2006 and 2008 there were Democratic wave elections, and now in 2010 and 2014 the GOP has had its wave elections.  When will a “wave” address the growing segment of the electorate that wants both its bank accounts and its freedoms protected?  Good question.  In the meantime, though, those of us who advocate for electoral solutions outside of the two-party system continue to tilt at windmills.

MORE LOSERS: After winning a contested special election last year, U.S. Rep. Mark Sanford was unopposed in his reelection to the U.S. House of Representatives this fall.  So naturally, he won.  What’s interesting, though, is that more than six percent of first congressional district voters wrote in the name of someone else – well above the normal (i.e. under one percent) write-in percentage for a congressional race.  That bodes poorly for Sanford’s prospects in the event a credible “Republican” (or third party challenger) runs against him in 2016.  Joe McCulloch – The Democratic candidate for the S.C. House of Representatives ran one of the nastiest and most fundamentally dishonest races we can recall, and still got beat.