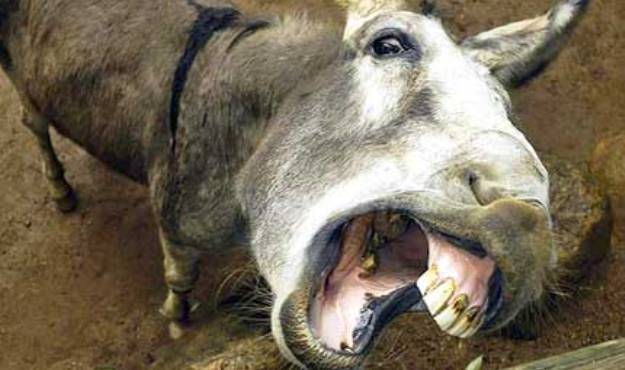 By FITSNEWS || Twenty years after surrendering control of the S.C. House of Representatives, thirteen years after giving up the State Senate and twelve years after losing the governor’s mansion – the once all-powerful Democratic machine in South Carolina has now officially ceased to exist as a viable opposition party.

Democrats were steamrolled by “Republicans” in the Palmetto State this election night – enduring lopsided defeats up and down the statewide ballot.

S.C. Gov. Nikki Haley – who narrowly won her 2010 race against S.C. Senator Vincent Sheheen – enjoyed a 57-40 percent margin in their rematch (with 95 percent of precincts reporting).  Meanwhile U.S. Sen. Lindsey Graham – whose approval ratings have consistently hovered in the low forties – scored a knockout win over Democrat Brad Hutto, leading by a 55-38 percent margin with 93 percent of the vote in.

U.S. Sen. Tim Scott?  He was up by a 66-33 percent margin over his Democratic opponent Joyce Dickerson.

Talk about an “ass” kicking …

Lieutenant governor-elect Henry McMaster was trouncing his Democratic rival S.C. Rep. Bakari Sellers by a 60-40 percent margin (with 94 percent of the ballots counted), while Comptroller General Richard Eckstrom led his Democratic opponent Kyle Herbert by a 61-39 spread (with 91 percent of the vote in).

These aren’t even decent “Republican” candidates, either.  McMaster is a friggin’ member of a whites only country club whose only real skill is sounding like Foghorn Leghorn, while Eckstrom’s personal life is an unmitigated disaster.