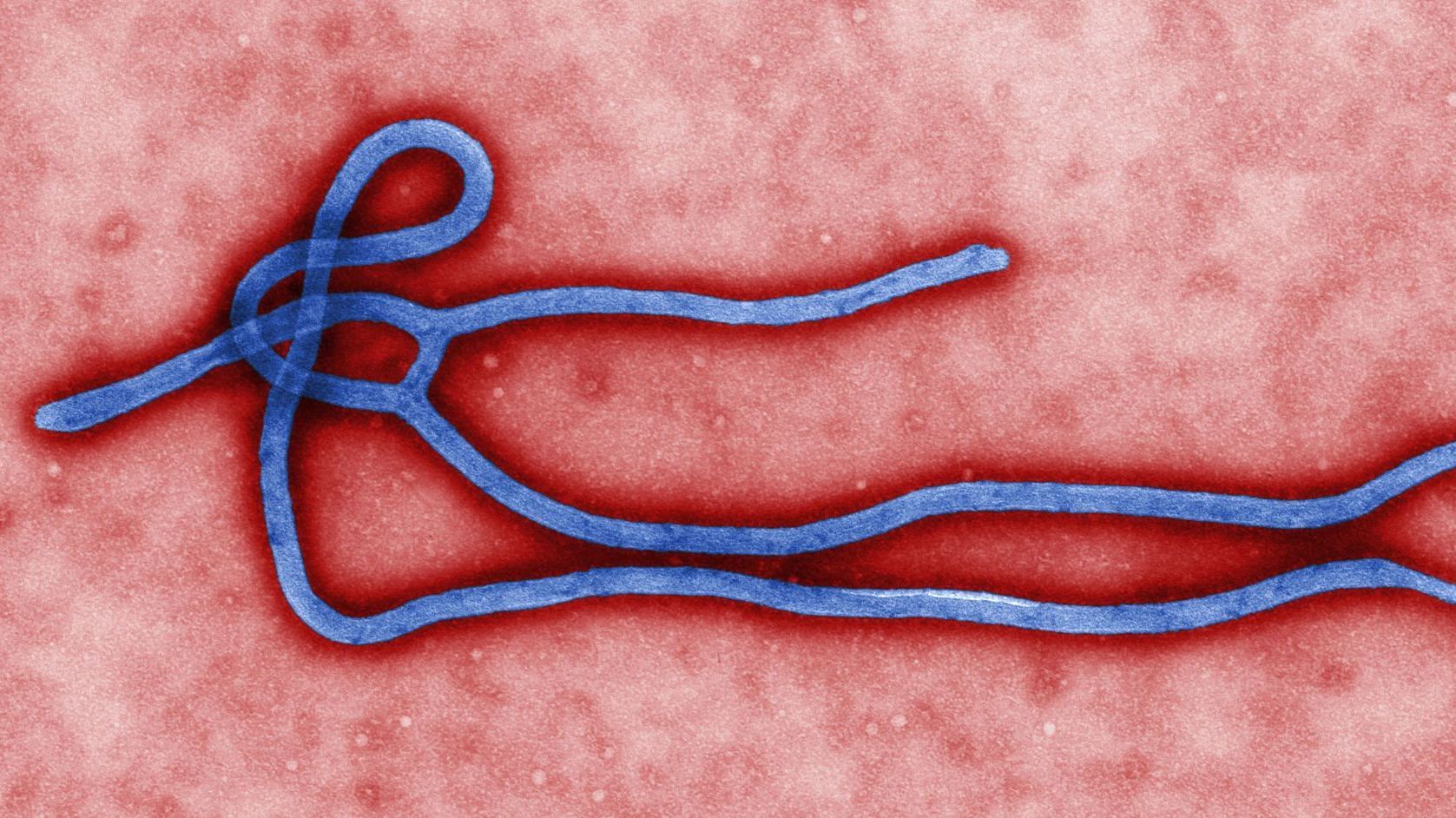 By FITSNEWS  ||  At the very moment her political star has begun what we suspect will be a sustained rise, Catherine Templeton is facing what could be her biggest public policy challenge.

Perhaps the biggest public policy challenge in a generation …

The director of the S.C. Department of Health and Environmental Control (SCDHEC) will appear at a State Senate hearing this week to testify on the deadly Ebola virus – which has the nation in a panic after it arrived in the United States earlier this month.

Ebola is a virological taxon first discovered in 1976.  Last December, an outbreak of the virus began in West Africa which has since infected 7,500 victims (killing 3,500 of them).  Most of the deaths have occurred in Liberia, Sierra Leone and Guinea.

After an incubation period ranging from two days to three weeks, Ebola victims begin experiencing nausea, vomiting, and diarrhea.  Eventually their kidneys and livers begin to shut down, a process accompanied by mass internal hemorrhaging.

There is no treatment and no cure for the virus – which spreads via bodily fluids.  Also, Ebola has a fifty percent mortality rate – meaning one out of every two people who contract the disease die from it.

According to Templeton, as of this writing there are “no known or suspected cases of Ebola in South Carolina.” 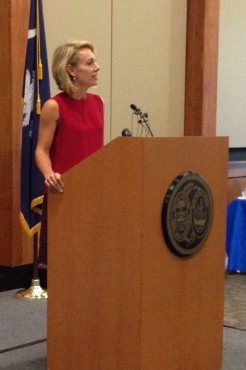 “Right now all of the hospitals in the state are identifying their points of entry,” Templeton told FITS. “Not just the emergency rooms, we’re talking front desk greeters and insurance intake specialists, too.”

Hospitals are also preparing what Templeton referred to as “bricks and mortar” isolation plans – in other words procedures for handling a possible presumptive positive case on their premises.

So … what would happen if a suspected Ebola were to arrive at a S.C. hospital?

Family members and co-workers would likely be tested for the disease as a part of that investigation.

“We ask (the victim) where they’ve been the last few weeks,” Templeton said. “If they tell us they sing in the church choir, we would test the choir members.”

This is serious stuff, in other words …

We asked Templeton what she thought the likelihood of a positive Ebola test in South Carolina over the next six months would be – but she declined to speculate.

“Only God knows that,” she said. “Look, bad things happen. What defines us is how we deal with them. Right now we are working (hard) to make sure people – especially first responders – are educated about what to look for.  That’s the most important thing – that the people who first come in contact with a possible case are able to recognize the symptoms.”

In an effort to assist in that process, Templeton is asking lawmakers to prepare legislation beefing up the state’s health alert notification system – compelling all emergency response departments, schools and other “first contact points” to submit an email address so they can be notified of the latest developments in the event of a public health crisis.

“In an emergency situation I’ve got to be able to communicate quickly and directly with people on the ground,” Templeton said.

Obviously the stakes are high in this for all concerned … but especially for Templeton.

Democrats attacked her agency last year over alleged mishandling of a Tuberculosis case, even though it became abundantly clear the fault for that outbreak rested with the local government-run school district – not SCDHEC.

Ebola: The SC Senate Is All Over It