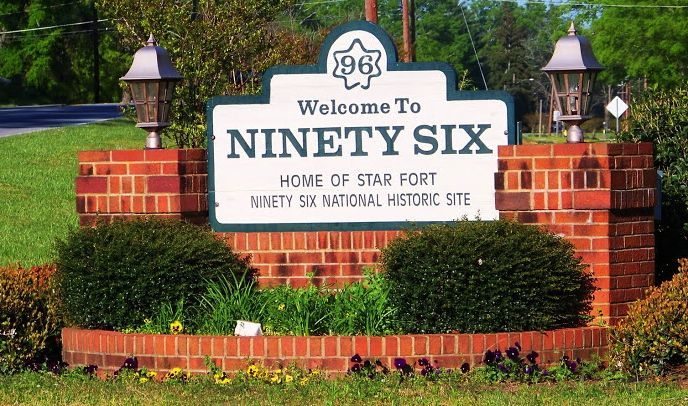 We’ve maintained from the beginning that the tuberculosis epidemic which broke out in Greenwood County, S.C. earlier this year was primarily the fault of the local government-run school district.

On what do we base this conclusion? The facts. As we’ve reported exclusively, district officials flagrantly violated state law when they hired a janitor known to be infected with the highly contagious, airborne disease. This individual – who should have been sent to a doctor for testing – was instead allowed to start work at Ninety Six Primary School, which directly led to a tuberculosis outbreak infecting dozens of people (most of them students).

All of this went down in early March – yet the public wasn’t notified of the epidemic until late May. Blowing the whistle? S.C. Department of Health and Environmental Control (SCDHEC) director Catherine Templeton – who uncovered the problem on May 21 during a random inspection of her agency’s local office in Greenwood.

For nakedly political reasons (see here and here) a trio of Democratic State Senators – Joel Lourie, Brad Hutto and Vincent Sheheen – have endeavored to fit Templeton for the black hat in this drama, arguing her agency was “incompetent” in responding to this epidemic. Of course their “investigation” has been based on two entirely political motivations – scoring points against S.C. Gov. Nikki Haley (whose appointees selected Templeton to lead SCDHEC) and covering for the incompetence of the local school district (part of the nation’s worst government-run school system).

Accordingly, these three Senators are ignoring all of the evidence against the district – including another bombshell revelation which was unearthed during last week’s hearings on the epidemic.

During a recent school board meeting, Greenwood School District 52 vice chairman Dr. Michael Bryant – who is married to the school nurse at Ninety Six Primary School – admitted that he was informed of a “probable infectious disease” at the school on March 27.

Not only that Bryant – a devout social conservative whose 2012 campaign signs featured “praying hands” clip art – said he told his fellow school board members (and district superintendent Mark Petersen) to keep this information hidden from parents.

How Christian of him, right?

Ironically, Bryant claims on his website that he “especially enjoys seeing children and during the course of his visits” and that he “likes to evaluate not only the physical but the spiritual realizing that all things are through Christ which works in him to help others.”

Wow … guess Jesus told him to keep a lid on this tuberculosis scandal?

Anyway, the chairman of the medical affairs committee – Sen. Harvey Peeler (RINO-Cherokee) – was one of the few lawmakers who immediately grasped the implication of Bryant’s admission.

“I am married to a former school nurse and I would have heard a lot about this if this had happened in Gaffney,” Peeler told the local officials who testified before his committee. “I’ll tell you somebody else would have heard about it: our superintendent. Our school board would bring our superintendent to bear if this had happened in Cherokee County and they wouldn’t blame DHEC.”

Again, SCDHEC bears its fair share of the blame for this fiasco. It is inexcusable, for example, that it took more than two months for Templeton to become aware of the situation – especially when evidence suggests that one of her top lieutenants, former Haley staffer Jamie Shuster, knew what was happening in Greenwood as early as mid-April.

We knew there was a coverup culture at SCDHEC prior to Templeton’s arrival – but we had no idea it was that bad.

Templeton has already fired several of the individuals who failed to sound the alarm – and we believe Shuster should be next in line. But at the end of the day, culpability for this mess falls almost entirely on Greenwood School District 52. Its employees broke the law – and its leaders did everything in their power to cover up the resulting epidemic.

As much as Joel Lourie, Brad Hutto and Vincent Sheheen wish things were different, those are the essential – indisputable – facts of this case. And all the political spin in the world isn’t going to change them.