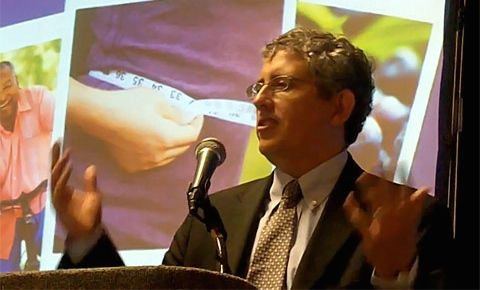 By FITSNEWS || Over the weekend, this website exclusively reported on the looming departure of Tony Keck from the cabinet of S.C. Gov. Nikki Haley.

Keck is the guy who – at Haley’s direction (and with funding support from the S.C. General Assembly) – orchestrated a massive expansion of Medicaid in the Palmetto State this year.

How massive?  According to Keck’s own numbers, enrollment in this government program is set to soar by 16 percent in the current fiscal year – triple the projected rate of growth from the previous year. That astronomical figure – which will cost South Carolina taxpayers half a billion dollars – is more than three times higher than the average growth rate in states that didn’t accept Obamacare’s Medicaid expansion. In fact it’s higher than the average 12 percent growth rate of the states that did accept Obamacare subsidies.

Amazing … especially in light of Haley’s claim that her administration would “not expand Medicaid. Ever.”

It’s also amazing government-subsidized health care would be expanding by leaps and bounds in the midst of a so-called “recovery” in South Carolina.

According to our sources, Keck – who was tapped in 2011 to lead the S.C. Department of Health and Human Services (SCDHHS) – will leave Haley’s cabinet within the next few weeks and take a job with the Nashville, Tennessee-based Hospital Corporation of America (HCA).

Other sources conflict that account, saying Keck is leaving to take a job with Nashville, Tennessee-based Mountain States Health Alliance.

How convenient, right?  He balloons the state’s Medicaid rolls … then takes a job with a company that’s poised to cash in on all of those subsidies.

HCA – founded by the father of former “Republican” U.S. Senate leader Bill Frist – is the largest for-profit operator of hospitals in the world, with nearly 300 facilities under its direction. Mountain States Health Alliance recently named Keck’s mentor Alan Lavine as its new CEO.

Whatever he’s doing … for either company … the arrangement stinks.

We need to be able to trust that bureaucrats appointed to positions like this are acting in the best interests of citizens and taxpayers – not their own professional future.