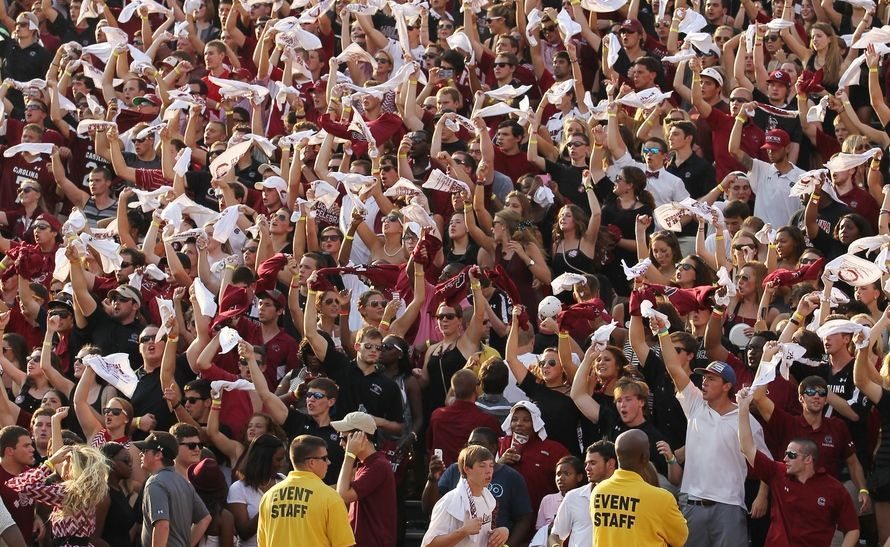 HOW THE UNIVERSITY OF SOUTH CAROLINA TAILGATES …

The video in question was taken by an enterprising citizen journalist (ahem, cough) just prior to the University of South Carolina’s 21-20 defeat at the hands of unranked Missouri on Saturday.

According to Busted Coverage , it shows “a guy going missionary on a chick who’s wedged between an SUV and a fence.”

Wow … and they say good old-fashioned courting is dead?

Here’s the video … and yes, before you click on that link be advised it is very NSFW.

Oh … and every bit as classy as the pre-game pile-driving depicted in this clip?  The giggling redneck with the shirt on his head who implores his buddy to “go back there and take a leak” as a pretext for observing the romantic interlude.

UPDATE: Well, well … it appears as though someone has set the interlude to “Sandstorm,” the Gamecocks’ crowd-pumping theme song: HERE.

@fitsnews Will, let's be crystal clear, you can go to "class" but it won't make you "classy." This video is confirmation! ????