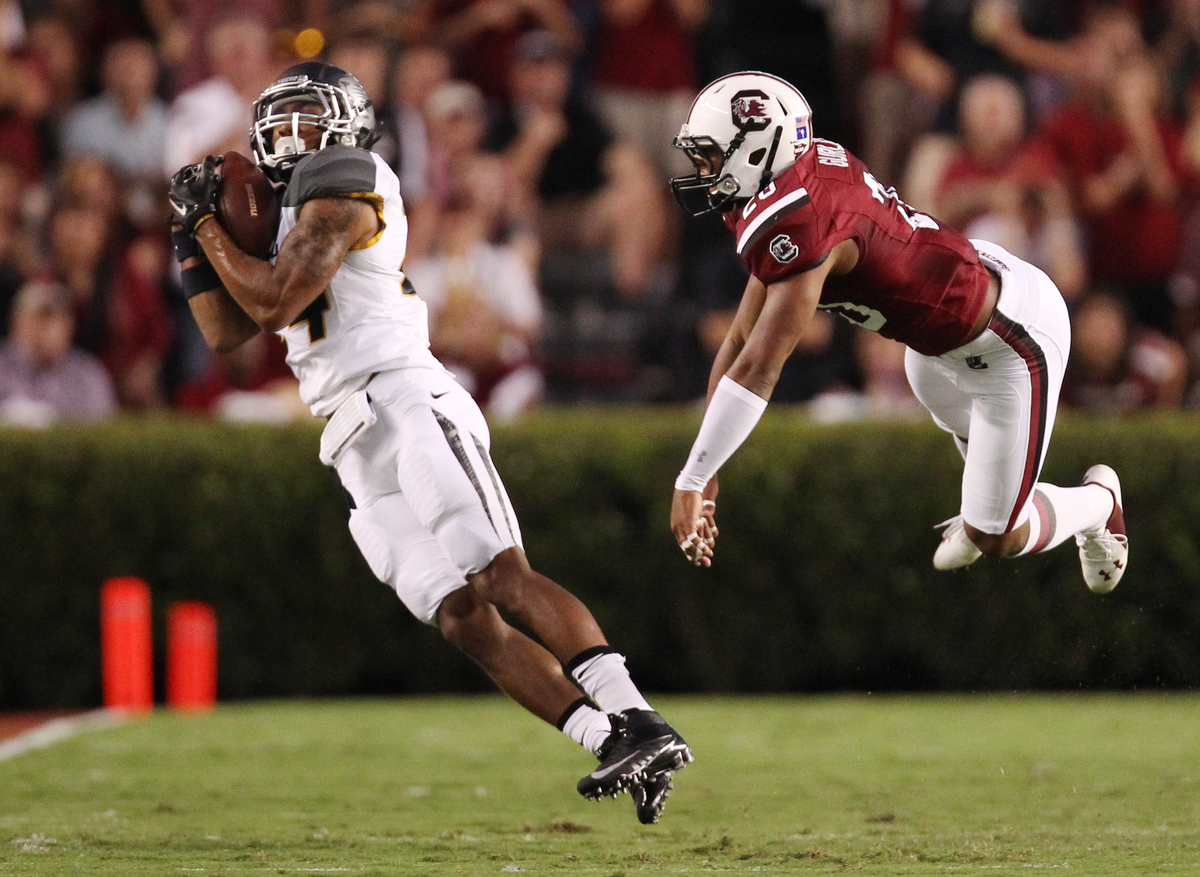 By FITSNews  ||  The University of South Carolina football team’s much-maligned defense showed up to play for the first time in 2014 … but embattled coordinator Lorenzo Ward‘s troops got no help from head coach Steve Spurrier‘s high-flying offense.

Leading unranked Missouri 20-7 with seven-and-a-half minutes to go in the game, the No. 13 Gamecocks (3-2, 2-2 SEC) simply couldn’t grind out a critical victory – while a Tigers’ offense that had been held in check all night came alive on its final two drives.

Forced to punt on ten straight possessions – during which time its offense accumulated only 60 yards – Missouri exploded for 109 yards on its final two possessions, both of which ended in touchdowns.

The final blow came on a fourth down play from less than a yard away, with junior tailback Russell Hansbrough powering forward across the goal line after being initially stopped short by the Gamecocks’ front line.  With kicker Andrew Baggett‘s extra point splitting the uprights, the upset was on.

Moments earlier, it seemed as thought South Carolina had clinched a hard-fought defensive struggle over Missouri when Pharoh Cooper hauled in a 23-yard highlight reel touchdown reception from quarterback Dylan Thompson – putting the Gamecocks ahead by thirteen points. 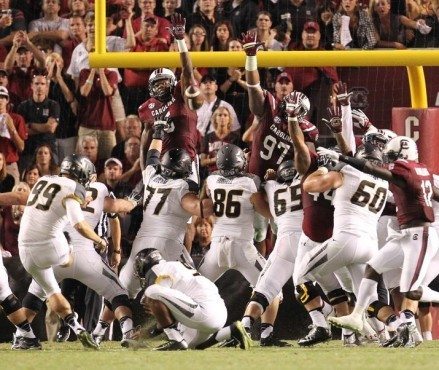 Cooper not only made a leaping grab to snare Thompson’s pass, he somehow managed to hold onto the football after being drilled by a pair of Missouri defenders.

It was all for naught, though.  After giving away a miracle to the Gamecocks in Columbia, Missouri last year … the Tigers took it back this year in Columbia, S.C.

In fact in three rapid fire plays, Missouri amassed more yardage than it had gained on its previous ten drives combined .

And after South Carolina’s offense sputtered for the tenth time in the game, the stage was set for Hansbrough’s heroics.

The Gamecock offense – held to a season-low 338 yards against the Tigers – couldn’t put anything together in the last minute-and-a-half, with Thompson throwing four consecutive incompletions to four different receivers.

The fifth-year senior from Boiling Springs finished the game completing 21 of 37 passes for 219 yards with one touchdown – slipping to 6-2 as South Carolina’s starting quarterback.

On the opposite sideline Missouri’s Maty Mauk completed an anemic 12 of 24 passes for 132 yards – although he came through in the clutch on his team’s penultimate scoring drive, completing a pair of passes for 87 yards.

South Carolina travels to Kentucky (3-1, 1-1 SEC) next week, while Missouri has a week off before hosting twelfth-ranked Georgia (3-1, 1-1 SEC).