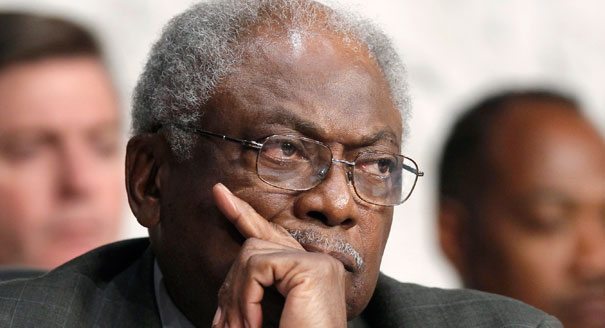 U.S. Rep. Jim Clyburn (D-South Carolina) hates the First Amendment … but he apparently loves to “sext.”  That’s straight from the Congressman’s own lips, too.

During the appearance, he took a call from a woman who was upset about the recent racial unrest in Ferguson, Missouri.  The woman asked Clyburn what blacks should do in response to the situation.

“Use the tools that we have,” Clyburn told the woman.  “We’ve got great tools to communicate about everything else. We can, uh, text. Uh, what do we call it? Sexting. Let’s do some voting, uh, uh, organizing over the internet. We’ve got the tools. Let’s use them for a new massive movement that will make sure that we can have in November 2014 the kind of turnout at the polls that we had, uh, in 2012 in November.”

Ha! C-SPAN removed the “sexting” reference in its official transcript from Clyburn’s appearance, but the video remains online.

Clearly Clyburn doesn’t understand the difference between political “texting” (discussed here) and “sexting” – which involves the exchange of X-rated messages and pictures over smart phones.

That’s sad – but not surprising coming from a guy who once sent pork barrel spending to the wrong congressional district.

Oh well, at least he’s got a firm grasp on his South Carolina pork …