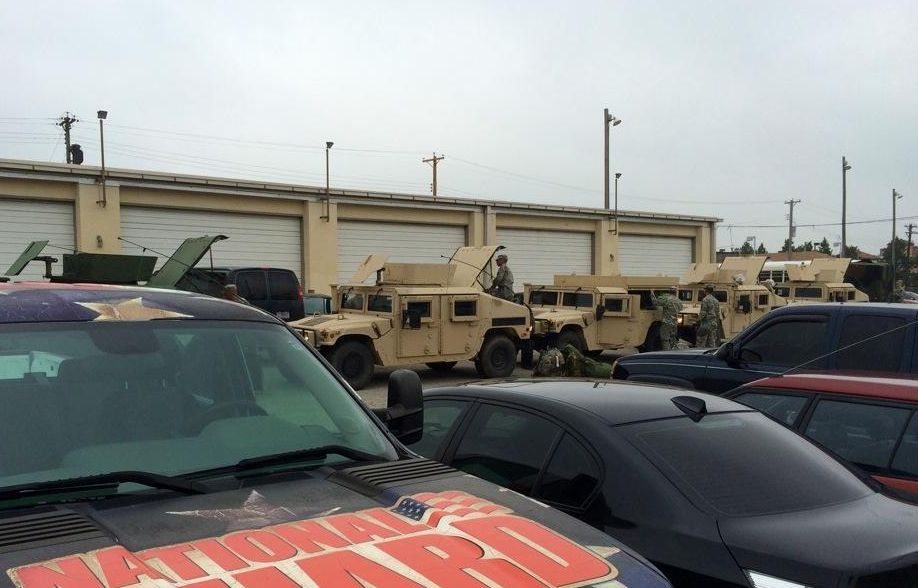 MEANWHILE ALLEGATIONS OF PAST RACISM EMERGE AGAINST LOCAL COPS …

Without notifying Barack Obama, Missouri Gov. Jay Nixon has called out the National Guard in Ferguson, Missouri – where looting, rioting and violence continues in the wake of the shooting of an unarmed black man on August 9.

Nixon previously called in the Missouri State Highway Patrol after local police were unable to control the violence.

Citing “pre-planned” and “coordinated” violence, Nixon issued an executive order authorizing the use of National Guard resources – which he said would be used to “restore peace and order and to protect the citizens of Ferguson.”

“The third world drama unfolding in Middle America has been a sad commentary on multiple levels: The tragic loss of life, people rushing to judgment, the senseless destruction of property and the liberty-depriving overreaction by militarized local law enforcement,” we wrote over the weekend.

According to witnesses, 18-year-old Michael Brown was shot nine days ago by police officer Darren Wilson while holding his arms up to indicate he was not carrying a weapon. Police have countered that narrative, saying Brown – a suspect in a convenience store robbery – engaged in a scuffle with Wilson prior to the fatal shooting. A private autopsy done at the behest of Brown’s family revealed he was struck by six bullets – one of which resulted in his death.

Family members have referred to his shooting as an “execution.”

Meanwhile information has come out portraying the Ferguson police department – which is comprised almost exclusively of white officers – as having a history of racist violence.  In one case, a black suspect was handcuffed in a jail cell and then allegedly beaten by four Ferguson police officers.

The man was innocent of the charge that led to his detention, but he was later charged with “property damage” because in the wake of the beating he received his blood got on the officers’ uniforms.

“Independent Wire” For All Cops