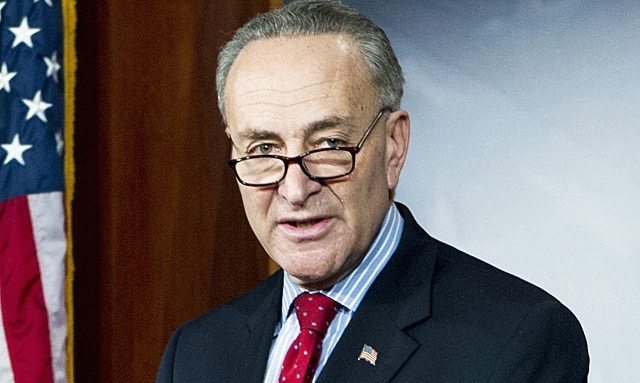 “I believe Iran will not change, and under this agreement it will be able to achieve its dual goals of eliminating sanctions while ultimately retaining its nuclear and non-nuclear power. Better to keep U.S. sanctions in place, strengthen them, enforce secondary sanctions on other nations, and pursue the hard-trodden path of diplomacy once more, difficult as it may be,” Schumer said in a press statement.

Schumer said he would vote in favor of a resolution of disapproval blocking the Iran deal. That’s great.

There’s only one problem. It won’t matter.

Schumer was one of 98 senators who voted in favor of authorizing the Iran deal before anyone had even had an opportunity to read it.

That is because the law, H.R. 1191, authored by Sen. Bob Corker (R-Tenn.), provides that “any measure of statutory sanctions relief by the United States pursuant to an agreement [with Iran]… may be taken, consistent with existing statutory requirements for such action, if, following the period for review provided… there is not enacted any such joint resolution” by Congress disapproving of the deal within 60 days of its announcement, which the president would have to sign.

Obama has promised to veto such a resolution, and 150 House Democrats in May said they would vote to sustain it.

Meaning, the time to have blocked the Iran deal is not under the phony process created by the Corker bill — requiring two-thirds majorities in both houses of Congress to override the Obama veto — but back in May.

Schumer knew all of that going into the vote …

Oops … About That Federal Budget Deficit