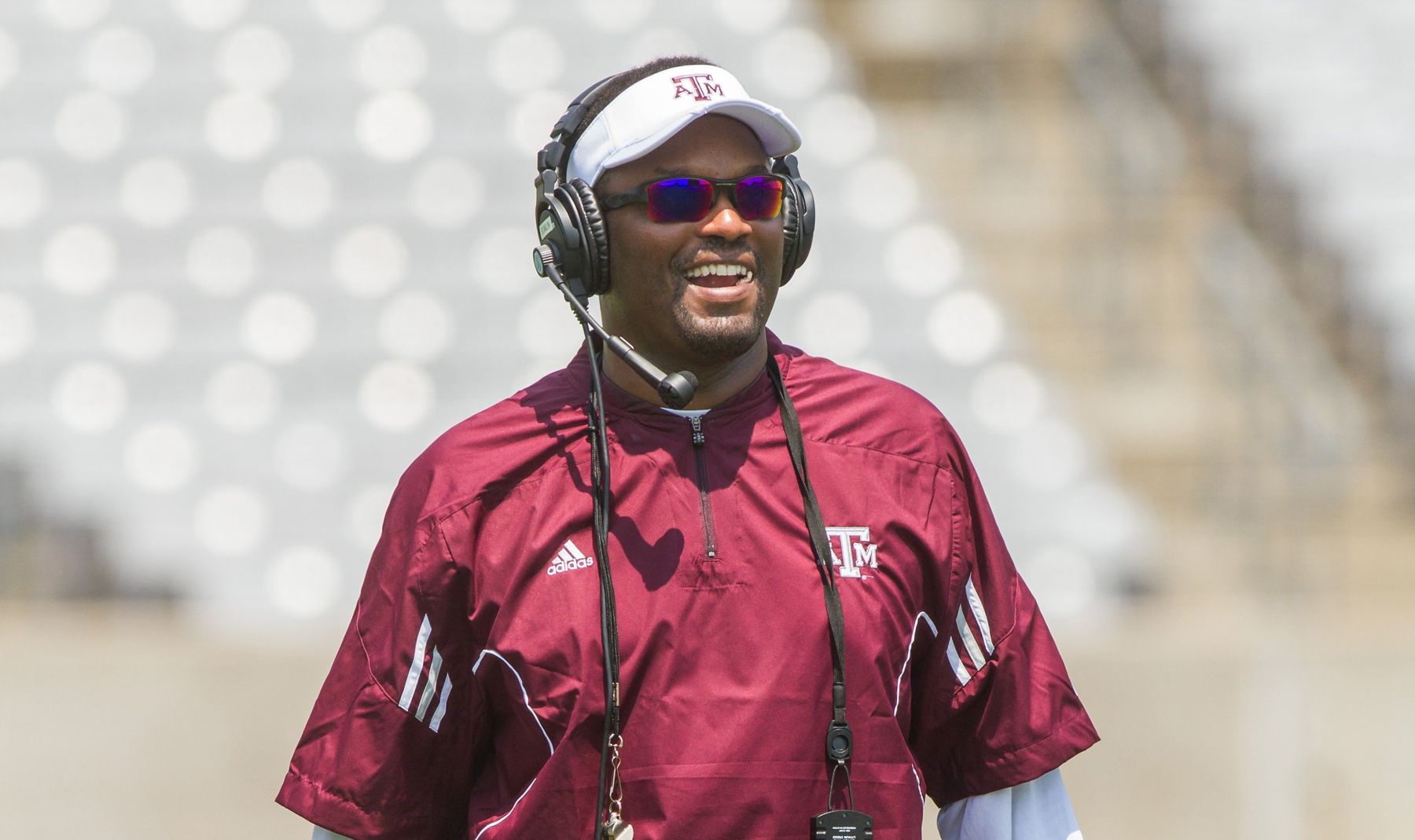 By Reece Funderburk  ||  Alright so let’s go ahead and get it out of the way: The University of South Carolina football team lost.  Badly.

I mean they got creamed, destroyed, crushed, bombarded and every other word you can use to describe it. So now the questions come up …

All these questions (and many more) have been asked, but the most important question we should take from the South Carolina game hasn’t been uttered yet … at least not by anyone outside of College Station.

“Is Kevin Sumlin officially in the same conversation as the Nick Saban’s and Steve Spurrier’s of the world?”

The answer back is a fat YES.

What more proof do you need?  How many times does Sumlin have to make your drop your jaw in disbelief before giving him the benefit of the doubt?  So many times we’ve seen the energy Sumlin and his teams bring to the Southeastern Conference – and so many times we’ve praised the party boy quarterbacks, the 6-foot-3 wide receivers and the talented first round offensive linemen.

But what about the man pulling all of the strings?

In 17 SEC games, Sumlin’s teams have averaged 39 points and over 500 yards of offense a game!  And yes we only have two cases to compare, but both of Sumlin’s prior quarterbacks were bona fide college superstars who are currently playing the NFL.  Case Keenum threw for 5,000 yards three times in his career, and the quarterback we all know – Johnny Manziel – won the Heisman.

Has Sumlin not shown us he knows how to make an offense go?  I mean, he managed to get the Houston Cougars to a 12-0 record and No. 6 national ranking at one point – leading possibly the best air raid offense in NCAA history.  Then he goes to Texas A&M and shows us a completely different system (one with a mobile quarterback) – and still puts up over 500 yards a game?

Sumlin is clearly one of the brightest offensive minds we’ve seen in some time in college football.

Next let’s look at the recruiting aspect of coaching.  Some say you need to be a big name to bring in big name players.  Well if that’s the case, the players Sumlin has recruited must know something we don’t.

Sumlin has managed to out-recruit the other “big name” schools in Texas in recruiting class rankings every single season he has been there – except for his first year.  Look at the numbers: Since 2012 when Sumlin began his tenure at A&M, the Aggies have had class rankings of 15, 8 and most recently 4 according to ESPN.com.

Granted it may have been just one night, but Sumlin totally outclassed arguably one of the greatest, if not the greatest offensive mind college football has ever seen – and he did so using an untested quarterback making his first career start in one of the most hostile environments in all of college football.