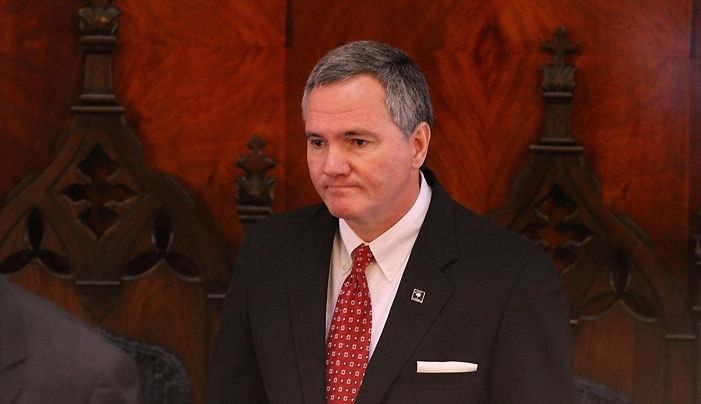 And he wants “blood.”

It’s all part of the ongoing war between Wilson and Harrell over the latter’s public corruption case.

Quick recap: Beginning in 2012, Harrell was busted improperly reimbursing himself from his campaign account for dubious flight-related expenses (Harrell is a pilot). How much? More than $325,000.

Three months ago, Wilson referred Harrell’s case to a statewide grand jury – sparking a blood feud between the two politicians.

How bad have things gotten? 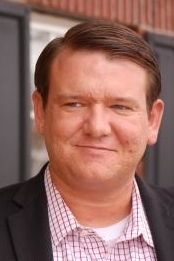 Chris Slick – a strategist with the Greenville, S.C.-based Felkel Group – is a former operative for the S.C. House Republican Caucus, an organization which is controlled by Harrell. He was forced to resign from that post last year after an alcohol-related incident, but his unswerving loyalty to Harrell has reportedly kept him in the Speaker’s good graces – not to mention gainfully employed as a political consultant.

According to multiple sources familiar with Harrell’s operations, Slick is one of the masterminds behind a full-frontal web assault on Wilson – one that’s being spearheaded by a trio of new political blogs (GOPWrite.com, Between the Chambers and Holy City Politics).

All three websites have featured aggressively pro-Harrell articles – as well as “hit pieces” on Wilson.

Slick has denied having any involvement with the websites – and has denied doing any work on Harrell’s behalf since resigning from the House Caucus.

However sources familiar with all three sites say Slick is one of the individuals feeding them “tips” on a regular basis.

Then there are Slick’s own statements on the matter, preserved in a text message exchange obtained by FITS.

As for Wilson himself, Slick writes “I want his ass on a stick. For all to see. He’s (sic) could have stopped this. Karma is a big bitch.”

In another message, Slick writes “Wilson and others will be punished for what they did.”

“Time for payback,” Slick writes. “And we’ve been waiting a long time for it.”

“Now I want blood,” another message from Slick reads …

We haven’t seen chatter quite like that since this website’s founding editor released the infamous text messages related to his 2007 affair with then-S.C. Rep. Nikki Haley.

Slick refused to comment on the text messages – which were reportedly sent on March 21 of this year. Meanwhile a spokesman for the Attorney General’s office wasn’t immediately available to respond to them.

So … what’s next in this saga?

Well, this week S.C. circuit court judge Casey Manning is expected to rule on a motion made by Harrell’s attorneys to remove Wilson as the lead prosecutor in the case. According to our sources, Manning is likely to throw the entire matter back to the notoriously corrupt S.C. House Ethics Committee – arguing the circuit court system has no jurisdiction over Harrell’s ethical abuses.

This would be consistent with his ruling in the 2012 corruption case of S.C. Gov. Nikki Haley – whose many sins received a nice whitewashing courtesy of her former colleagues in the S.C. House after they were removed from the circuit court system.

If Manning does ship the case back to the S.C. House – it would likely be at the request of corrupt S.C. Chief Justice Jean Toal, who was reelected to her post earlier this year thanks to an aggressive lobbing effort led by Harrell.