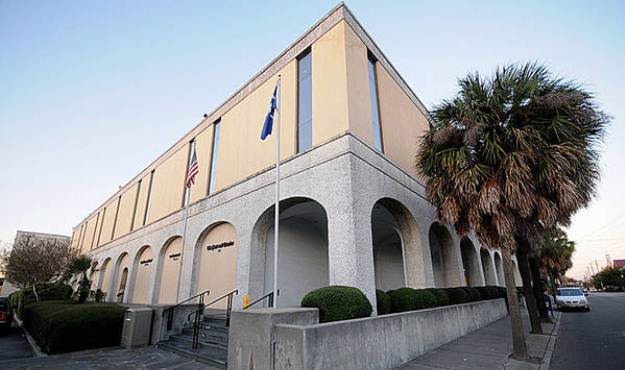 The largest newspaper in South Carolina stands accused of succumbing to threats and intimidation from some of the state’s most powerful politicians – refusing to publish stories, omitting key details in its coverage and helping to suppress public criticism of powerful S.C. House Speaker Bobby Harrell in the wake of his recent reimbursement scandal.

The (Charleston, S.C.) Post and Courier is also taking heat for shamelessly stabbing one of its own reporters in the back – essentially fabricating a “correction” to one of its stories at the request of Harrell (who later used it to smear the integrity of this journalist).  Some even think the paper forced the reporter from her position as a result of her expose on Harrell’s campaign finances.

And for what?  Why would the largest media outlet in the state bow to such pressure?  According to our sources, The Post and Courier backed off of the Harrell story to maintain its share of a coveted sales tax exemption that routes more than $13 million into the pockets of newspaper owners across the state each year.

Some powerful motivation, in other words.

We’ve addressed parts of this sordid narrative in a previous post – but we had to idea the extent to which the paper was allegedly pressured by Harrell and his supporters.  Nor did we know that one of the threats – said to have been delivered by one of Harrell’s top legislative lieutenants –  involved such a significant financial incentive.

How did all of this start?  Well, The Post and Courier – the oldest daily newspaper in the South – published a big story last month which meticulously documented how Harrell had reimbursed himself more than $325,000 from his campaign account over the last four years (most of it ostensibly for travel expenses).

Harrell has basically admitted his guilt as it relates to at least some of this cash – returning more than $23,000 to his campaign fund shortly before news of the scandal broke – however a host of unanswered questions remain about these dubious self-payments.

Harrell has refused to answer any of these questions – or provide documentation for his reimbursements.  And in addition to a furious public relations counteroffensive, he has also allegedly threatened fellow lawmakers and other politicos in an effort to put the kibosh on the scandal.

S.C. Attorney General Alan Wilson has been asked to investigate Harrell due to the lack of action from the notoriously unreliable House Ethics Committee – which earlier this year cleared S.C. Gov. Nikki Haley of wrongdoing in her ethics case despite a preponderance of incriminating evidence against the governor.

In fact the chairman of the House Ethics Committee – S.C. Rep. Roland Smith (RINO-Aiken) – has already said that he “can’t afford” to even discuss the allegations against Harrell, let alone do anything about them.  Will Wilson do anything?

That remains to be seen.  Once again, though, we’ve got a glaring example of public corruption in South Carolina – and at this point no one is willing to step up and do anything about it.

No wonder this is one of the most corrupt states in America, right?

The story on Harrell was broken by Renee Dudley, a young investigative reporter who had previously exposed several major scandals involving Haley.  In fact Dudley was derisively referred to as a “little girl” by the governor as a result of her reporting.  During her two-year tenure at the paper, Dudley earned a reputation as a thorough, accurate and unflinching investigative journalist – one of the few reporters in the state (and certainly at the S.C. State House) who was willing to do hard research and speak truth to power. 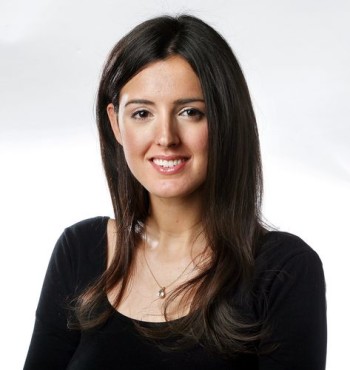 Renee Dudley: Was she forced out?

According to our sources at the paper (all of whom praised Dudley’s integrity and decried the way she was treated by her superiors), the pushback from Harrell began long before the reimbursement story ran.  Apparently Harrell and his staffers rejected repeated invitations from Dudley to review a database of controversial reimbursements that she had compiled – and to provide responses to specific questions regarding the legality of those reimbursements.

At this point we’re told that extensive pressure was placed on the paper to kill the story, but given the detailed records that Dudley had assembled – and the clear failure on the part of Harrell to follow state law regarding the invoicing and itemization of his reimbursements – that wasn’t going to happen.

Harrell’s refusal to turn over records – or explain himself to the paper – compounded his problem (and is still compounding his problem in the court of public opinion).

Armed with Dudley’s meticulous documentation and evidence of a clear violation of state law, The Post and Courier ran her story on September 24 – on the front page, above the fold.  However our sources at the paper say that the report made numerous concessions to Harrell and was “much softer” than the original story submitted by Dudley.

It wasn’t the lead-up to Dudley’s story – or its softening – that takes this tale from disturbing to downright despicable.  That came after the story published – with the wholesale retreat of The Post and Courier from its original reporting.

For example, our sources at the paper say that Dudley had prepared a blistering follow-up on the Harrell story that was slated to run on September 26.   Details of that piece are hazy, but we’re told that it would have “further painted (Harrell) in a corner” regarding the legality of his reimbursements – and in particular the questionable valuation of his travel-related self-payments.

This story never ran, though.  Instead of publishing Dudley’s piece, The Post and Courier ran a story written by Associated Press reporter Seanna Adcox – a notorious “regurgitator” of political spin – that basically exonerated Harrell and called into question Dudley’s reporting.   That’s not the only punch the paper is said to have pulled in an effort to appease Harrell.

In the immediate aftermath of Dudley’s story running, we’re told that letters to the editor received by the paper were overwhelmingly critical of Harrell – but that The Post and Courier‘s editorial board chose instead to highlight letters that were favorable to the Speaker.

Then there was the paper’s infamous correction – issued the day after Dudley announced she was taking a job with Bloomberg in New York City – which retroactively applied “errors” to Dudley’s reporting that she never made.  Harrell later used this “correction” to claim that Dudley had “falsely accused (him) of violating the law.”

Was Dudley forced from her position as yet another concession to Harrell?  It’s clear at this point that she had received plenty of offers from other news outlets on the basis of her performance in the Palmetto State, but did she really want to leave?

Whatever happened to Dudley, before the ink on the so-called “hit piece” against Harrell had begun to dry The Charleston Post and Courier had already begun the process of reversing its reporting – and abandoning its reporter.

KNOWING WHERE TO SQUEEZE

The most insidious component of this tale?  That’s the explanation we’ve been given in our quest to answer the most basic question associated with The Post and Courier‘s handling of this story:  Why?

Why would an independently owned paper – a so-called bastion of public integrity – permit any politician (no matter how powerful or popular) to push it around like this?  What could have possibly compelled its editors to cede so much ground – and so much of their journalistic integrity – so quickly?

According to our sources, the explanation lies in a special interest exemption carved out more than sixty years ago for newspaper publishers.  Under this exemption (S.C. Code of Laws section 12-36-2120-8), newspapers do not have to pay sales tax on the newsprint paper they purchase – nor do they have to incorporate sales tax into their product pricing.  According to the latest estimates from the S.C. Department of Revenue, these exemptions are worth roughly $13 million a year to the industry. 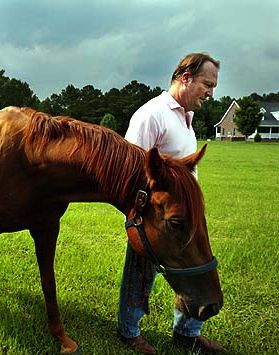 In fact as the debate over these sales tax exemptions has ramped up in recent years, The Post and Courier‘s former publisher Bill Hawkins frequently beat a path from Charleston to Columbia, S.C. for the purpose of lobbying lawmakers on behalf of keeping the carve outs in place.

Hawkins is no longer employed by the paper.  In fact he left the same day Dudley did.  His advocacy on this issue, however, is said to have been what provided Harrell and his legislative allies with the leverage they needed to squeeze the paper into submission.

According to our sources in the S.C. House “Republican” Caucus, before Dudley’s initial story on Harrell was published the powerful House Speaker had already dispatched one of his top lieutenants – S.C. Rep. Chip Limehouse (RINO-Charleston) – to begin the process of applying pressure on the paper.

In addition to being one of Harrell’s veteran “plumbers,” Limehouse is also drinking buddies with Pierre Manigault – The Post and Courier‘s owner and board chairman.

Limehouse did not return calls seeking comment for this story.

In an interview with FITS, Manigault acknowledges speaking to Limehouse in the weeks since the Dudley story was published – but denies that the lawmaker attempted to pressure him regarding the Harrell story.  According to him, Limehouse approached him on the street in downtown Charleston, S.C. one day and asked him whether it was true that a reporter had recently been “let go” from the paper.

Manigault says he asked Limehouse for the reporter’s name – but Limehouse told him he could not recall the name.

“I told him I would look into it,” Manigault said, but admits he never did.

Manigault says he has not spoken to Harrell about the story – and that no one from the S.C. General Assembly has raised the tax exemption issue with him.