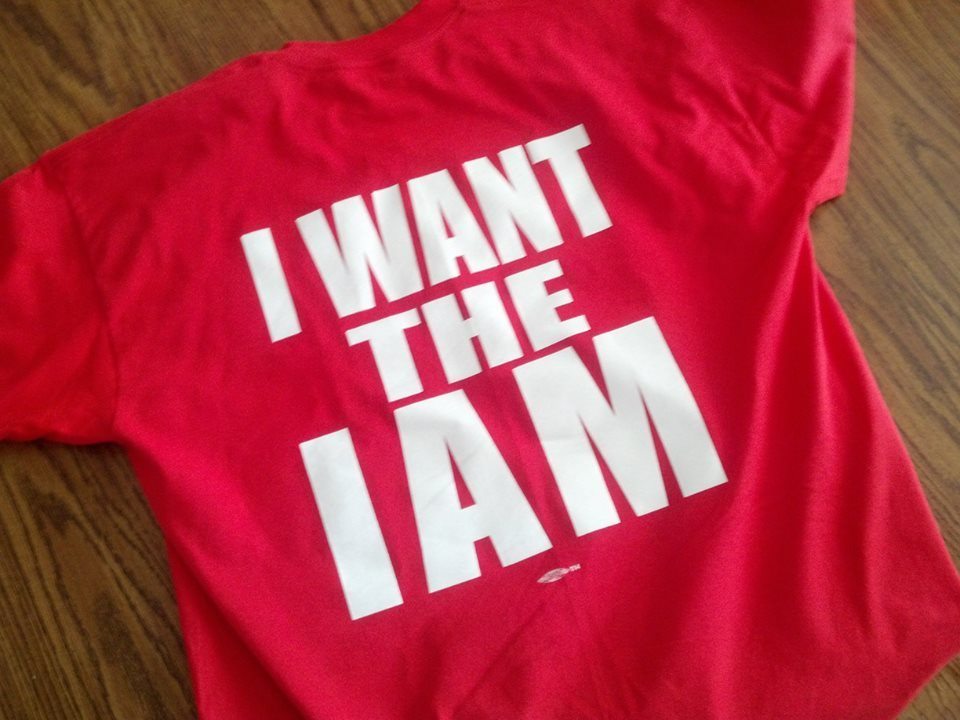 Every Friday, aircraft manufacturer Boeing’s North Charleston, S.C. facility permits its employees to dress casually – in clothes of their own choosing.

An increasingly popular fashion choice?  The bright red “I Want The IAM” shirt (pictured above ) affiliated with the International Association of Machinists and Aerospace Workers, the union with which Boeing negotiates at its main Everett, Washington manufacturing facility.

IAM is pushing hard to unionize the North Charleston facility, established in 2011 as “leverage” for the company in its negotiations with Big Labor.

FITS has reported often about various goings-on inside Boeing’s South Carolina facility (read our most recent report on that HERE), but our sources tell us the number of red shirts at the facility continued to rise last month.

“The IAM presence on the ground is expanding so you’re gonna see more red shirts on the floor,” one source familiar with the push for unionization told FITS.

Another source told us that the IAM has recently expanded its “ground operations” in anticipation of a big push at the North Charleston facility.

South Carolina taxpayers have shelled out more than $1 billion worth of incentives for Boeing’s facility, which manufactures several variations of the company’s 787 Dreamliner passenger jet.  We oppose those incentives, just as we oppose the ongoing taxpayer subsidization of organized labor.