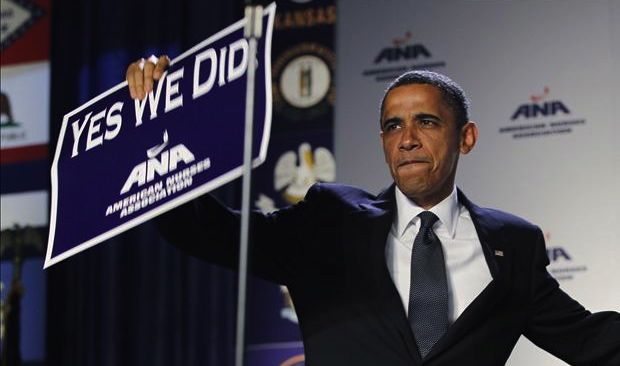 THE TRUTH ABOUT OBAMACARE’S EXCHANGES IS EXPOSED …

In case you missed it, a big court ruling was issued this month.  No … not that one.  We’re referring to the decision reached by the U.S. Court of Appeals for the District of Columbia in Halbig V. Burwell .

How would it do that?  Simply by interpreting the law.  Obamacare specifically says that subsidies (and the taxes collected from the uninsured that pay for them) apply only in the fourteen states that created their own exchanges.  The Internal Revenue Service is ignoring that part of the law though, attempting to impose the provision on all fifty states.

Nathan Mehrens of Americans for Limited Government tuned us into this issue when he penned this column last November.

“The legal principles involved in Halbig are simple: If Obamacare is to be taken at its word – then the law’s subsidies and penalties do not apply in two-thirds of the country ,” Mehrens wrote.  “And if that’s the case, then Obamacare is a ‘Dead Law Walking’ – incapable of sustaining itself without hundreds of billions of dollars in deficit spending.”

“If they follow the letter of the law they must limit IRS tax collection and Treasury disbursements to those states which established exchanges,” Mehrens continued.  “There is simply no legal authorization to tax and spend beyond that.”

The Court of Appeals agreed with Mehrens – and hopefully the U.S. Supreme Court will do the same.  It better … or else every law ever passed by the U.S. Congress would instantaneously fall under the category of a “suggestion.”

Of course Obamacare defenders are furiously claiming Congress “intended” for the law to apply to everyone – part of the administration’s ongoing efforts to make this law fit with political realities.

And fit with Obama’s promises …

Are they correct in divining Congressional intent?

Hell no.  In addition to failing to provide a single shred of evidence to prove that Congress intended to apply these subsidies and taxes nationwide, the government is now being forced to confront the reality that Obamacare was written with the expressed purpose of bribing states into participating.

“In the law, it says if the states don’t provide them, the federal backstop will,” former Obama official and Obamacare co-author Jonathan Gruber said in January 2012.  “The federal government has been sort of slow in putting out its backstop, I think partly because they want to sort of squeeze the states to do it. I think what’s important to remember politically about this, is if you’re a state and you don’t set up an Exchange, that means your citizens don’t get their tax credits.”

“I hope that’s a blatant enough political reality that states will get their act together and realize there are billions of dollars at stake here in setting up these Exchanges, and that they’ll do it,” Gruber adds.

The only problem? They didn’t.  Thirty-six states refused the bribe.

This website has opposed Obamacare from the beginning.  We have advocated for its repeal.  We have supported its defunding.  And we have called out those “Republican” politicians who want to have it both ways (ahem, Lindsey Graham and Nikki Haley).

But this ruling is bigger than Obamacare.  It is about whether the laws passed in our nation’s capital are worth the paper they’re printed on.