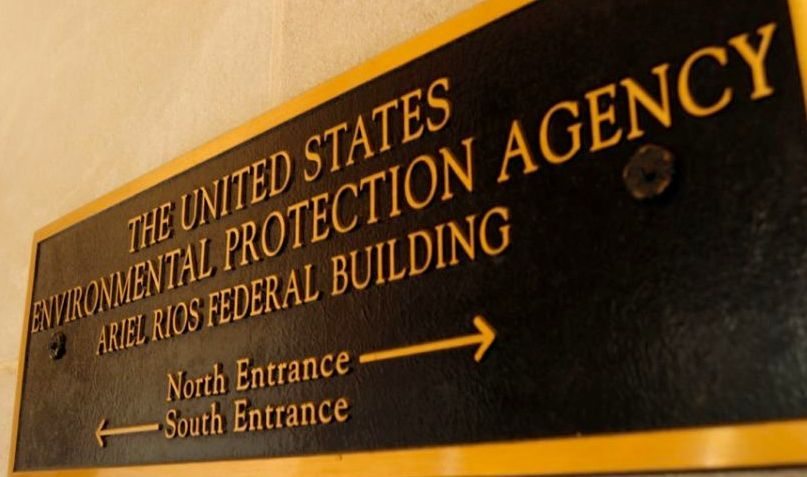 MORE OVERREACH FROM THE OBAMA ADMINISTRATION …

Cue Irwin M. Fletcher … because some wages are about to be seriously garnished if Barack Obama’s administration gets its way.

The already overreaching U.S. Environmental Protection Agency (EPA) is attempting to further extend its regulatory authority to include the preemptive garnishing of paychecks of those who allegedly violate its mandates.  And get this: The agency’s new rule, which its bureaucrats claim is not a “significant regulatory action” (and thereby not subject to review), would be implemented without a court order.

Translation?  The EPA can take your money simply by accusing you of violating one of its rules .

Or in its own words, “garnish non-Federal wages to collect delinquent non-tax debts owed the United States without first obtaining a court order.”

News of the rule change – which the agency tried to sneak into the Federal Register – was first reported on by The Washington Times .  Barring “adverse public comments,” the controversial edict will take effect on September 2.

The EPA has come under fire from limited government advocates for its efforts to administratively impose job-crippling regulations that Congress explicitly refused to impose  legislatively.

Earlier this year, Nathan Mehrens of Americans for Limited Government referred to the EPA as “a rogue, unaccountable and extra-legal bureaucracy” guilty of “kowtowing to the overreaching, out-of-control enviro-radical agenda.”

He’s absolutely right … which is why it needs to be done away with.

This is nothing but preemptive theft based on nothing more than an allegation – the sort of suspension of due process that should chill the spine of any American business owner.

We hope U.S. Rep. Jeff Duncan (R-S.C.) – one of the EPA’s most aggressive critics in the U.S. Congress – is all over this latest effort by the agency to unilaterally impose its will on the American free market.

This whole idea is ludicrous, where does an administrative agency find a punitive power not overseen by the courts?

C’Mon. Really? I call bull. We need an EPA. In a lot of ways it’s cheaper for industry to be dirtier. This country is really good at privatizing the profits now and making the government or general public handle the risks and pay for the later cleanup and health issues.

That said, this action by the EPA is outrageous and unconstitutional.

Not to worry, we’re the government and we’re here to help. That old Uncle Sam poster has taken a dramatic turn and it’s not just the EPA.

The ongoing additional regs are going to strangle what’s left of industry/manufacturing in the country….private industry that is(crony corps not included).

It reminds me of a situation where I hired an electrician that formerly worked at a school to do a job for me…he was retired and struggling to remember some local building codes as he was doing work inside my business. I asked him how he handled a similar situation at the public school worked for…his answer: “We didn’t have to meet building regs because we were a school…we just did the work and it was never inspected because it didn’t have to be.”

“We didn’t have to meet building regs because we were a school…we just did the work and it was never inspected because it didn’t have to be.”
Maybe that’s why it was the feds and not DHEC that raided the files of the Columbia sewer treatment plant

what about the environmental impact of millions of illegal immigrants trashing our Southwest…? who will pay for their mess??

What if they actually make an impact on pollution?

If the EPA was ever eliminated, you have to couple it with tort reform so people harmed by pollution can effectively sue.

Why prevent anything when your estate can sue after you’re dead?

And mean while, the Savannah River remains one of the top five “most polluted” rivers in the country.
YOU BETCHA!

wasn’t it the ‘out of control enviro-radicals’ who foisted the iraq war on us? that’s how i remember it. where’s Captain Exxon when we need him to free us from the clutches of the Clean Air Crew?

Don’t you just love the way govt. takes care of the ordinary person ? More govt. = less freedom. less govt. = more freedom. What is so hard about this concept?

I believe the responsible thing to do is introduce any EPA executive to the Sumter National Swamp, in a real and legally binding way. There’s a really nice spot off US378, just before you get to Stateburg.