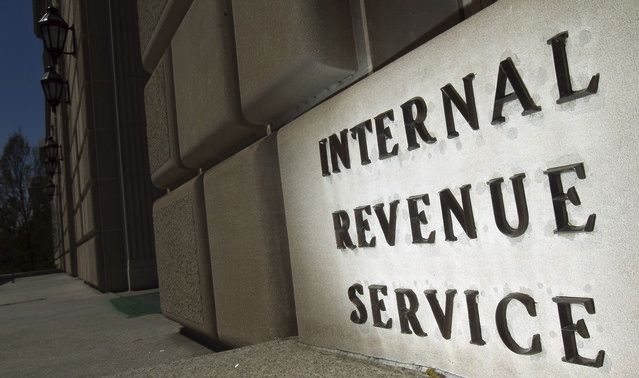 Earlier this week we addressed the ongoing controversy in Washington, D.C. over the missing emails of Lois Lerner – the former Internal Revenue Service (IRS) staffer who was at the heart of the agency’s efforts to discriminate against limited government groups.

Missed that story?  We gave it the subtle headline “Your Government Thinks You’re Stupid.”

Well, the latest revelation is that Lerner’s emails – which were “inadvertently deleted” in a computer crash – will never be found because the government has “recycled” her hard drive.

“We believe standard IRS protocol was followed in 2011 for disposing of the broken hard drive,” an agency spokesman told The Politico. “A bad hard drive, like other broken Information Technology equipment, is sent to a recycler as part of our regular process.”

Lawmakers – and limited government activists – responded with incredulity to the IRS claims.

“E-mails of a prominent official don’t just disappear without a trace unless that was the intention,” U.S. Rep. Darrell Issa (R-California) said.

That’s absolutely right … this is the most transparent effort to bury the truth we’ve ever seen, people.  And the “no evidence” claim related to Lerner’s hard drive is the best evidence yet that a major conspiracy is underway.

Nathan Mehrens, president of Americans for Limited Government, called on Issa’s oversight committee to ramp up its efforts to get to the truth in response to the Obama administration’s “negligent, corrupt” conduct.

“The House should subpoena every single federal department, agency, and office Lerner might have emailed or received an email from, including the White House,” Mehrens said in a statement. “What is clear is that to get to the truth, the House of Representatives will have to expand its investigation beyond the agency itself and focus on those who Lerner may have been collaborating with in the targeting of the tea party and other 501(c)(4) organizations.”

Absolutely … or better yet, maybe it should search that super-secret government storage facility that’s monitoring ALL of our emails (except Lois Lerner’s, apparently).

Let’s hope he won’t get away with it …

NSA has the emails, together with Lerner’s cunt hairs, in a vault.

I realize that our government has some tremendous resources

However, there is no way they could have a vault that large to hold that much bush

She is a shedder….

Why not? Sanford did. (To be fair, a lot of governors do, though. Isn’t corruption fun?!)

Thank you for NOT ruining my lunch appetite by including a photo of Lois Lerner.

You’re cute! I’ll see you in your dreams, Big Boy!

And the six other IRS workers who are being investigated, their computers crashed and poof, all of their emails are gone too, oh well. And the government is still as of yesterday maintaining that the reason the emails are gone is because their desk top computer hard drives were damaged (!?!), possibly the lamest excuse ever. It’s hard to believe they could utter that defense with a straight face, even the pinkos on CNN were laughing at that explanation.

Wow: this commentator things FITS is just as culpable as Obama:

And I tend to agree. Great points, and nice job connecting the dots from Liberal-Tarians to Obama, and the democrat chances to avoid the consequences of their disastrous reign.

For a blogger, you sure spend a lot of time on other peoples blogs. Things must be a little slow.

“Shrimp prices double, thanks Obama” is a real must read at that site. He’s in line for a Pulitzer for sure. If he can just connect my restless syndrome and ED to Obama, the awards are gonna start rollin’ in.

Obama does not HATE third-party Liberal-Tarians, like FITS News.

Remember guys, this TOTALLY is NOT GrandTango’s blog, it’s just a huuuuuge coincidence that someone writes exactly like him and he’s just a big fan of this site. Oh, and what do you know, they both hate FITSNews! No connection whatsoever, so don’t you dare insinuate it!

Oh, and GrandTango is a professional journalist. For real. Like, he’s won awards and stuff. Years in the industry. Respected name in his field and everything. In fact, he graduated valedictorian from Mom’s Basement University with a PhD in Everything. Booyah! Beat that, you Liberal-Tarians!

Now if you’ll excuse me, I have to go pray to my lord-god Obama to redistribute some of T’s extremely generous salary from the totally real job he definitely has.

Does GrandTango live in his ‘Mom’s Basement’ you piece of shit fucked up liar? Where is the proof?
From another blog apparently FITS contributor Buz Martin lives with his ‘Mom’s’ and she owns the house and pays the bills? Sounds like a good son and he apparently don’t have to hold a job just like you!
Who cares? I just despise a liar like you that lies and spreads disinformation on every topic and subject that FITS provides an article on.
You accused Mark Sanford of multiple FELONIES tonight. Hope you can prove it. Look what happened in Myrtle Beach when a former legislator and and current lobbyist decided HE had been defamed and sued The Sun News AND a reporter. Despite a ruling by the judge that Mark Kelley was a ‘public figure’ he was still awarded $600,000!
Fuck you.

Hey, let’s get another war going on. With Cheney and Bush still on the books, Tango can also prosper from war gains. The Amerika way as Tango puts it.

If anyone actually investigates anything – it would set a dangerous precedent.

“A bad hard drive, like other broken Information Technology equipment, is sent to a recycler as part of our regular process.”

No, standard protocol is to destroy and/or recycle broken or outdated IT stuff. That’s standard protocol, uh, well… Everywhere. Typically organizations that deal with very sensitive data (financial stuff, law stuff, healthcare sector stuff) make sure to thoroughly wipe the drive and even physically damage it to make sure it is in no way readable.

You can suspect the multiple drives becoming “broken” in the first place, sure. You can even question if the IT people were in on it. Even so, destroy/recycle policies are the norm, so I don’t understand why you’re pissed with that comment.

The issue is NOT the disposition of a crashed hard drive! The issue is what happened to the emails and the ‘official’ record was NOT on an individual work station or hard drive. Every organization (and I’m sure every federal agency has requirements for data collection and storage) have archiving protocols and redundant storage on multiple servers. If these emails are truly lost, it is most certainly a deliberate act with criminal intentions!

That is true. Even in the non-defense related firm I work with, everything is saved, IMs, files, emails, everything. Don’t think for an instant those files just vaporized. If they disappeared, it was a deliberate act.

They’re only apples and oranges insofar as one is related to the IRS scandal and one is not.

Curious why you say that. Not being confrontational, just doesn’t seem prudent that an agency like IRS would actually depend on a PC hard drive. Maybe I’m missing a point somewhere (maybe a few IQ ones, at that)

Using VMware, you can combine several drives into a single volume.. that’s bad because you lose one drive, you lose all the information on all the drives on that volume. Reconstruction is problematic. With the introduction of 3d head technology 4TB drives became cheap, so that many IT departs started using a single drive for an entire server on their domain.

It’s expensive and complicated – usually beyond the skillset and budget of an IT department manager, to insure that every byte of information is saved on the domains he’s responsible for.

And I’ve only scratched the surface of the problems they face.

(and I’m sure every federal agency has requirements for data collection and storage) have archiving protocols and redundant storage on multiple servers.

Yeah, I mean it’s almost like all e-mails are only saved on hard drives and not on servers.

he thinks they knew which drive had her email on it.

Has anyone bothered to ask the NSA for their copies?

I wonder if that metadata has from/to information in it. If so, they should be able to use that to subpoena the emails from the receiver.

Or for that matter, simply subpoena all of the executive branch for any email sent from or forwarded by Lerner.

In an incredible turn of events, all forwarded e-mails related to the subpoenas were destroyed on all hard drives in the U.S. government simultaneously. The Obama administration blames a combination of Edward Snowden, Chinese Hackers, and Anonymous for the coordinated attacks.

http://www.msnbc.com/rachel-maddow-show/lets-talk-about-missing-emails
re: The Bush Administration’s missing emails and how Darrell Issa reacted.

You do realize that e-mail and the technology backing up e-mails has improved dramatically since 2007 right?

too bad Nixon didn’t (destroy the evidence), I mean recycle those tapes…it’s protocol, don’t you know!

The feds are in again. Easy to see who controls SLED.

Got some great NEW stuff, here: Is the worst over for Danny Frazier? and – WHY is Metts busted for giving illegals special treatment, not gambling related?

UPDATE: A govt vendor has all of the backups. The name of the company is Sonasoft and they have had the contract since 2005. Now if they claim those got inadvertently destroyed, we as citizens should march on DC with weapons in hand.