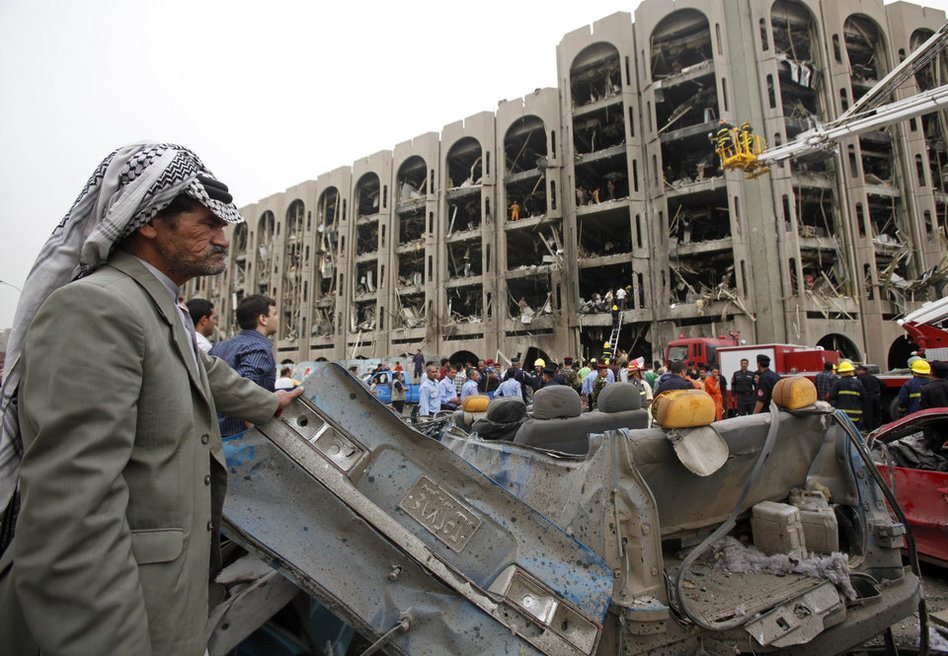 LOOK WHAT YOUR OCCUPATION DID, AMERICA …

Baghdad is about to fall … again.

Except this time it’s not American troops doing the toppling, it’s the Islamic State of Iraq and Syria (ISIS) – a group of radical Islamic militants inspired by al-Qaeda. ISIS soldiers have captured former dictator Saddam Hussein’s hometown of Tikrit and were within thirty miles of the Iraqi capital, according to the Associated Press. Earlier this week they captured Mosul, Iraq’s second-largest city, and the key oil refining outpost of Baiji.

The al-Qaeda loyalists are fighting alongside former military commanders of Hussein – who was overthrown in a 2003 U.S.-led invasion. They are targeting the regime of Nouri Kamal al-Maliki – a U.S.-supported puppet who was hand-picked by the CIA due to his opposition to Iran.

Al-Maliki has pleaded with the administration of U.S. President Barack Obama to provide airstrikes against the ISIS forces descending on his embattled government … a curious request seeing as reports from the front indicate Iraqi government forces (which were armed and trained by Americans) are handing over their weapons to the militants.

When it’s all said and done American taxpayers will have shelled out anywhere between $4-6 trillion on the wars in Iraq and Afghanistan, according to a recent Harvard University study.

Obama’s White House said the president was monitoring the situation “very carefully” and that America’s commander-in-chief was concerned by the “different kind of threat” ISIS poses to American interests.

Really? Wonder how long before Obama and his warmongering “Republican” friends – including U.S. Sen. Lindsey Graham – call for another invasion?

You know … because the last one worked out so well.

Of interest, one of the former Hussein military commanders fighting with ISIS is Izzat Ibrahim al-Douri – a guy American forces tried for years to capture or kill.

Wonder how friendly he’ll be to U.S. interests when Baghdad falls to the militants?