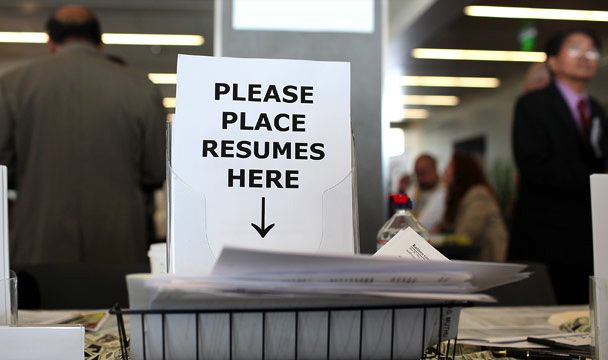 For the second month in a row, South Carolina’s labor participation rate remained at a record-low level of 57.9 percent in April – further evidence that the “economic miracle” of S.C. Gov. Nikki Haley’s administration is nothing but a figment of her reelection campaign’s overactive imagination.

The Palmetto State’s workforce is the nation’s fourth-smallest as a percentage of its population – and trails the national average (which itself is hovering at thirty-year lows) by more than five percentage points.

Don’t bother confusing Haley with that reality, though …

Haley has been busted inflating the state’s jobs numbers on several previous occasions (including HERE and HERE), but that’s not her real trick.

South Carolina’s unemployment rate has shrunk, to be sure, but the decline is almost exclusively the result of a stagnant workforce that isn’t expanding along with the state’s growing population.

Seriously … how else does Haley explain the surge in government dependency that’s taken place under her administration? If the economy is expanding, why are more South Carolinians relying on government handouts? And why are our income levels stagnant?

Haley doesn’t like to talk about any of that. Nor does she like to talk about the number of jobs South Carolina has lost since she took office – or the government-subsidized “economic development” deals that failed to produce a return on investment.

Bottom line? South Carolina’s economy is not recovering. Jobs are being added, but they are also being lost – and more importantly growing numbers of working age citizens have given up their quest for gainful employment and resigned themselves to receiving a perpetual stream of taxpayer-funded handouts.

If that’s Nikki Haley’s definition of “success,” we suspect her heretofore smooth sailing reelection bid could soon encounter rougher seas … especially now that she’s drawn an opponent with the resources to drive a counter-narrative.

Funny how the whole country has been losing jobs, salary and wealth since Obama took office…

“Funny” if your a brain-dead idiot, that is…

Funny how the country was losing 800,000 jobs a month under Bush and now the country is adding jobs every month. More of your typical fact challenged BS lies. Standard for you.

My income jumped up 15k this year. Eat your heart out looser !

I, too, got a nice little raise, and I’m doing just fine.

Maybe you should try working, T?

Did they raise Welfare Check amounts???…or are you getting more in Food Stamps???

I have some bad news to tell you about your CAT scan. I checked to see if there was a mass inside your head but found nothing but a marble. I thnk your headaches are due to hot air (gas).

The First-Quarter GDP was revised from about 1% growth, to negative growth…
What a Miserable Obama-conomy…

Right again ! You may be smarter than I think !

Not to mention: my family has been paying about $2,500 more a year in gas and energy under Obama…for five-plus years…

That’s a lot of grass mowing!

Discuss that with South Carolina’s first million dollar state employee, these numbers are not part of an athletic compensation package, it’s what the state is paying the top two taxpayer funded wage earners in the state:

I can’t believe Dabo gets paid that much…he’s worth about half of that.

To be honest, it’s a shame that any “coach” gets paid a taxpayer funded salary. That’s what athletic departments are for. Then throw in the fact that these coaches tend to push nepotism to it’s limit, Steve Spurrier, Jr. makes $350,000 and Scott Spurrier makes $60,000 as an “Athletic Administrator”. I doubt ol’ Scooter is much more than an overpaid file clerk for Tanner or his old man.

…will work for drugs.

Gotta want businesses in your backyard. Some areas do, some don’t. Guess which areas don’t.

Good job that Haley is doing enforcing SC’s new illegal alien law. We have more illegals working in SC than last year! And Kudos to the SC Dept of Labor for NOT enforcing our new law.

For once it’s time to be fair. The SC economy hit bottom in 2009 with 1.89 million people working, and is up to 2.05 million working .So there is a net gain of jobs in SC. Now if Haley had anything to do with that – that’s another story. Participation may be down for a variety of factors including single-earning families making more, etc – but it is true more people are working in SC than before. That said, I still support that idea that the number be reduced by one in November, a Mrs. Nikki Haley needs to be on the unemployment line.