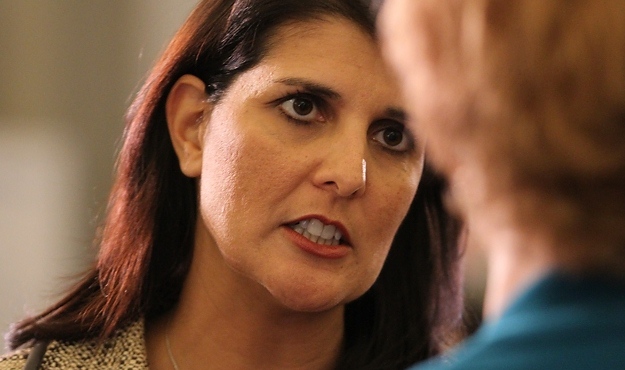 Two years after they received taxpayer-funded incentives from S.C. Gov. Nikki Haley’s administration, a pair of companies pledging to create jobs in Barnwell County, S.C. have failed to do so. In fact one of the companies never even came to South Carolina.

As a result the Palmetto State has not created more than 330 jobs that were promised by Haley – and promoted by her administration as part of its “Jobs Governor” shtick.

According to a report from the South Carolina Radio Network, Miami-based jewelry display case manufacturer NK Newlook has created none of the 212 jobs it promised back in the fall of 2011. Meanwhile A&K Textiles – a safety clothing producer – has failed to create the 120 jobs it promised around the same time.

NK Newlook received at least $200,000 in taxpayer-funded incentives from Haley’s Department of Commerce, while A&K received an undisclosed amount of government largesse.

“So, it turns out that at least two of the announcements Nikki Haley touted as part of her ‘Jobs Governor’ record have failed to actually create any jobs in South Carolina,” S.C. Democratic Party spokeswoman Kristin Sosanie said. “Brutal.”

This isn’t the first time one of Haley’s big jobs announcements has come up empty – although we maintain government-subsidized economic development “wins” are every bit as costly for the economy.