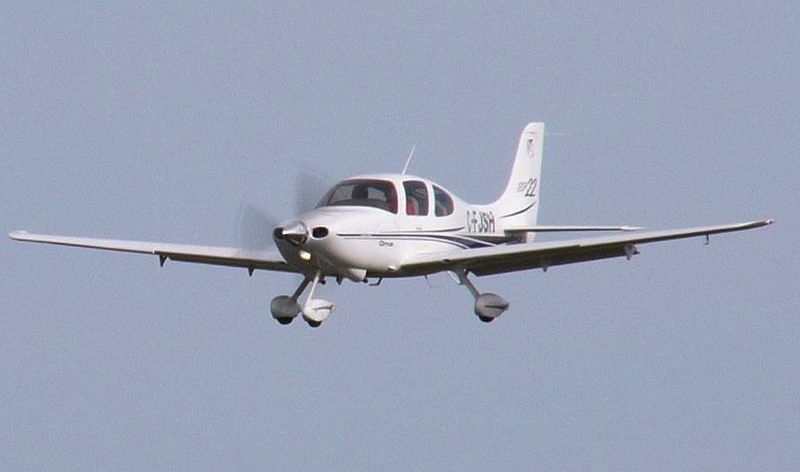 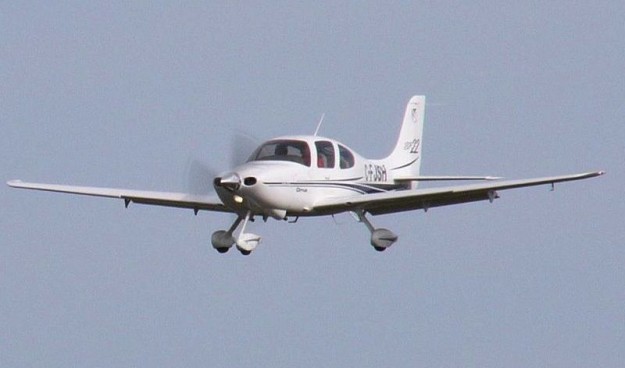 S.C. House Speaker Bobby Harrell (RINO-Charleston) has already been caught red-handed artificially inflating the value of self-reimbursements paid from his campaign account.  As reported exclusively last month by investigative journalist Renee Dudley – formerly of The (Charleston, S.C.) Post and Courier – Harrell reimbursed himself more than $325,000 from his campaign account over the last four years.

Harrell – who pilots a Cirrus SR-22 owned by his private company – repeatedly reimbursed himself in the amount of “$800 or $900 a leg” for political flights taken on this plane.

Are these self-payments legitimate?

No … at least not according to flight cost data on Harrell’s plane obtained by FITS.  Meanwhile Harrell – while publicly protesting his innocence – has already effectively admitted his guilt by returning $23,000 worth of these dubious self-payments to his campaign account.  Oh … and nearly a month after the story first broke he has yet to provide a complete accounting for the rest of these reimbursements.

So much for transparency in government, right?

Clearly these reimbursements are rotten to their core … but Harrell (like S.C. Gov. Nikki Haley before him) has successfully evaded accountability thanks to the “cover up crew” over at the S.C. House Ethics Committee, which currently has the exclusive authority to investigate corruption cases involving current or former state lawmakers.

In fact the ethically challenged chairman of this “ethics” committee – S.C. Rep. Roland Smith (RINO-Aiken) – has already gone on the record saying he “can’t afford” to even discuss the allegations against his powerful legislative boss, let alone investigate them.

Why not?  Because he’s taken money from Harrell and owes his chairmanship to him.

Looks like we’re headed for yet another whitewash, right?

Yup … with the mainstream media and “Tea Party” politicians like Haley and S.C. Rep. Tim Scott all picking up their paint brushes.

Yet while Harrell may have South Carolina “on lockdown” regarding the allegations against him, he may have also broken federal laws governing air travel.

According to our sources, Harrell – who is said to have a commercial pilot’s license – may have lacked the required FAA medical certification for piloting commercial flights.  In fact his commercial license may have even precluded him from transporting passengers for hire – or reimbursement.

Hmmmmm … does that mean Harrell’s reimbursement scandal could result in an FAA enforcement action?

According to one of our sources at The (Charleston, S.C.) Post and Courier, information on Harrell’s FAA problems was provided to the paper over a week ago – but once again the story was killed by editors “sympathetic to Harrell.”

How convenient for him …

While Harrell has thus far dodged the consequences of his actions legally, he has been pilloried publicly.  In fact sources who attended the University of South Carolina’s October 13 football game against LSU in Baton Rouge, Louisiana tell FITS that Harrell was openly mocked in the stands – and became visibly red-faced when he was peppered with questions about his travel.

“He was very upset,”one source told us. “I’ve never seen him that angry.”

That Government-Led KKK Group Is Back …

It’d be nice to see a mob rend him from limb to limb.

Call it a preview of what the pols should look forward to as the economic climate degrades further.

How did he get to the LSU game?

I am a licensed pilot who flies for recreational purposes. I also have my commercial pilot license although I have never been paid to fly anyone. Many pilots choose to get their commercial license just to certify that they have received the extra training and not to act as a commercial pilot. I often fly family and friends in my plane (which they don’t pay me to do), and my commercial license simply lets them know that I have received extra training above and beyond that of a regular licensed pilot, not that I operate as a commercial service. Since Harrell is not a professional full time pilot flying commercial flights for pay, I suspect this is also the case with him…which if it is, there is no point to this post.

SC Pilot, the problem is that Harrell was clearly over-reimbursing himself, profiting from his campaign’s use of the plane. This is a commercial activity that becomes not only an ethical issue, but also a potential FAA issue.

My only hope is that he does something to piss off the feds, because no one in SC will ever cart his ass to jail.

Bobby, honey, I have told you time and time again. Orange is NOT your color.

Yawn, zzzzzz.. Citizens United has made this all chump change. I wish someone would investigate how much Rich and the voucher crowd have paid politicians for votes or how much money they are spending to unseat politicans who do not agree with them. Now that is corruption.

Besides arn’t the FAA regulations he supposedly violated just the type of regulations you libertarians think should be eliminated anyway.

Well, you probably know this by now…but just in case, there are different type of libertarians espousing different level of gov’t intrusion.

The definition of “limited gov’t” means different things to different people. That would also include the word “libertarian”.

Well, I know this is the type of regulation you believe should be eliminated.

This is clearly a case where the free market would regulate the activity, without government involvement. If Harrell has a heart attack and crashes a plane full of people, the people on the plain are unlikely to pay to fly with him again, and his transportation services will be put out of business.

lol…very true. Let us keep in mind though that most small airports have ZERO air traffic controllers and the planes that fly in and out of them regularly don’t have the level of fancy avionics the majors have and of course we know the pilots aren’t generally as well trained/practiced.

We don’t hear of your doomsday scenarious too often despite the lack of all the gov’t control in those areas.

I suppose if the intent is too prevent any and all deaths we could have gov’t outlaw planes, cars, and walking faster then 5 mph and save quite a few lives. That would probably make some people feel better too.

If pilots like Andre Bauer had to land at airports between jumbo jet landings, I think I’d much rather have the air traffic controllers on-hand.

lol-good point….air traffic controllers don’t need to be a gov’t run monopoly though. Busy/Large airports could do just fine handling that without gov’t intervention.

Harrell’s got his political signs all over Charleston now. The little ones went up when this story broke. The big ones went up over the weekend. He’s big-time afraid of losing to Steenberg or else just getting rid of some of the dough.

He’s big-time afraid of losing to Steenberg or else just getting rid of some of the dough.

Well, at least he’ll be using campaign funds for their actual purposes.

Pierre M. caught this at the front door, I suppose —

According to one of our sources at The (Charleston, S.C.) Post and Courier, information on Harrell’s FAA problems was provided to the paper over a week ago – but once again the story was killed by editors “sympathetic to Harrell.”

“Big new News on Speaker Plane issues” Same story as 2 weeks ago …but we want to print it again because Ashlee Landes asked us to.

(b) A private pilot may, for compensation or hire, act as pilot in command of an aircraft in connection with any business or employment if:

(1) The flight is only incidental to that business or employment; and
(2) The aircraft does not carry passengers or property for compensation or hire.

Further, do not confuse the level of medical certification to fly with the FAA level of licensing. Any pilot can petition the FAA for an ATP (airline pilot transport) license, provided they meet the requirements of the license (hours flown and able to pass a written exam along with a flight review) and not obtain an ATP medical evaluation. That pilot would have an ATP license but only able to exercise the privileges of a private pilot.

Many pilots obtain higher ratings (commercial and ATP) as a means of improving their skills while never receiving the associated medical screening because they will never pilot a transport jet for an airline.

Also, if the Speaker had a commercial medical, it would not expire at the end of one year; it would “downgrade” to a private pilot medical.

I’m not saying that the Speaker’s trips were right or ethical, but, if his flying to Columbia (or anywhere else) was incidental to his job as Speaker or CEO of a pharmaceutical company then it MAY have been “legal” by the FAA.

Yikes, now that Renee is gone, does any print reporter cover the Penguin?

He justifies the need for using a plane is to save on time right..??
From West Ashley to downtown Cola is what 2 hours door to door…..??
How long do you think it what take to drive from West Ashley to the airport, prepare the plane for flight, fill the necessary preflight paperwork, fly to Cola secure the plane, and then get into another vehicle and drive to downtown Cola….?? Answer…….. a lot more then 2 hours! Also while driving on i26 he has full use of a phone to conduct the people’s business…….instead of flying around like Peter Pan.

Peter Pan. That’s good. Right on point, too. What a hypocrite.

Wonder how long til his wife files for divorce?

That won’t happen. She enjoys using GOP contribution money for personal expenses, like her husband. Remember he won’t provide receipts to anyone. And her attitude? “Let them eat cake.”

I wonder if the recent engagement of his son, Trey, was paid for by the campaign as well seeing as how Trey flew his fiance and his family to Las Vegas to propose to her. How convenient. It’s all too strange.

Harrell is a pig shit. He has to be punished with prison time. There are no exceptions. Anyone trying to block that can go down with him. His days are numbered now.

The SC Democratic party would be doing the public justice by filing complaints and petitions with the FAA and the US District Court to take this sack of shit down. Like I said above, it has to be done.