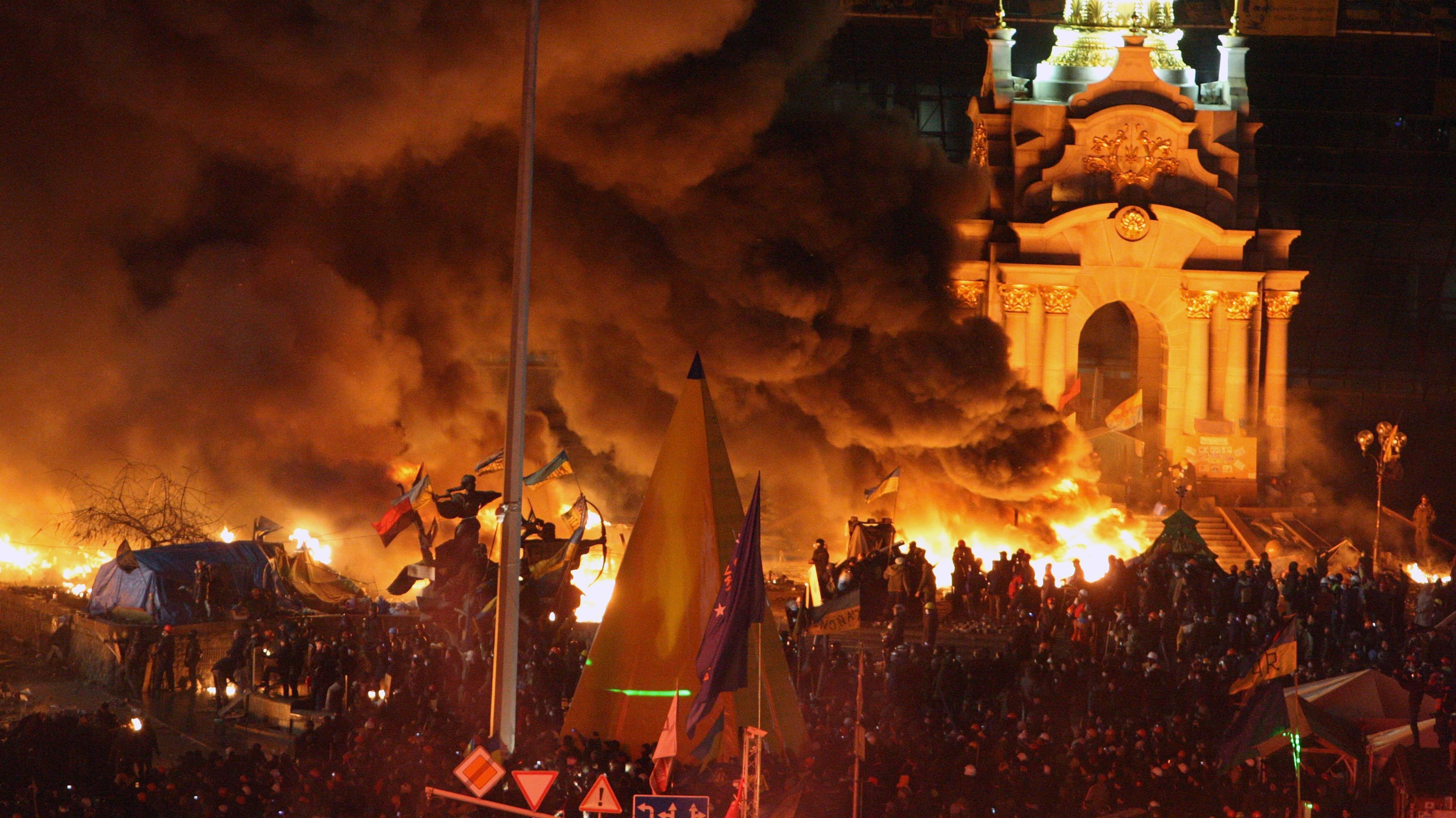 Last week Congress overwhelmingly passed a bill approving a billion dollars in aid to Ukraine and more sanctions on Russia. The bill will likely receive the president’s signature within days. If you think this is the last time U.S. citizens will have their money sent to Ukraine, you should think again. This is only the beginning.

This $1 billion for Ukraine is a rip-off for the America taxpayer, but it is also a bad deal for Ukrainians. Not a single needy Ukrainian will see a penny of this money, as it will be used to bail out international banks who hold Ukrainian government debt. According to the terms of the International Monetary Fund (IMF)-designed plan for Ukraine, life is about to get much more difficult for average Ukrainians. The government will freeze some wage increases, significantly raise taxes, and increase energy prices by a considerable margin.

But the bankers will get paid and the IMF will get control over the Ukrainian economy.

The bill also authorizes more US taxpayer money for government-funded “democracy promotion” NGOs, and more money to broadcast U.S. government propaganda into Ukraine via Radio Free Europe and Voice of America. It also includes some saber-rattling, directing the US Secretary of State to “provide enhanced security cooperation with Central and Eastern European NATO member states.”

The U.S. has been “promoting democracy” in Ukraine for more than ten years now, but it doesn’t seem to have done much good. Recently a democratically-elected government was overthrown by violent protestors. That is the opposite of democracy, where governments are changed by free and fair elections. What is shocking is that the U.S. government and its NGOs were on the side of the protestors! If we really cared about democracy we would not have taken either side, as it is none of our business.

Washington does not want to talk about its own actions that led to the coup, instead focusing on attacking the Russian reaction to US-instigated unrest next door to them. So the new bill passed by Congress will expand sanctions against Russia for its role in backing a referendum in Crimea, where most of the population voted to join Russia. The U.S., which has participated in the forced change of borders in Serbia and elsewhere, suddenly declares that international borders cannot be challenged in Ukraine.

Those of us who are less than gung-ho about sanctions, manipulating elections, and sending our troops overseas are criticized as somehow being unpatriotic. It happened before when so many of us were opposed to the Iraq war, the U.S. attack on Libya, and elsewhere. And it is happening again to those of us not eager to get in another cold — or hot — war with Russia over a small peninsula that means absolutely nothing to the U.S. or its security.

I would argue that real patriotism is defending this country and making sure that our freedoms are not undermined here. Unfortunately, while so many are focused on freedoms in Crimea and Ukraine, the U.S. Congress is set to pass an NSA “reform” bill that will force private companies to retain our personal data and make it even easier for the NSA to spy on the rest of us. We need to refocus our priorities toward promoting liberty in the United States!

You mean Ron Paul actually understands that there is nothing for us to gain by sticking our dicks in that particular knot hole?

In the land of the no-brained, the one-brained is king!

“Ukrainian Aid Rips Off Taxpayers…And Doesn’t Help Ukrainians.”
Save this headline, and leave Ukrainian and Ukrainians blank for future use. In the past half century you could have correctly inserted Viet Nam, Iraq, Afghanistan, and you name it.

So….Mr. Paul, dare to relay where taxpayers SHOULD “invest” their tax dollars instead..?

How about at home, in the US, for a change?

Maybe Halliburton will get the contract to rebuild Crimea.

How so? This column is taken verbatim from the ronpaulinstitute site, under Paul’s byline.

You should probably re-read my statement. Notice is says “Rand”.

The one billion is backed by more than one billion in Ukraine gold that we took as collateral. But the $5 billion we spent to undermine Ukraine and create this coup should get somebody some jail time.