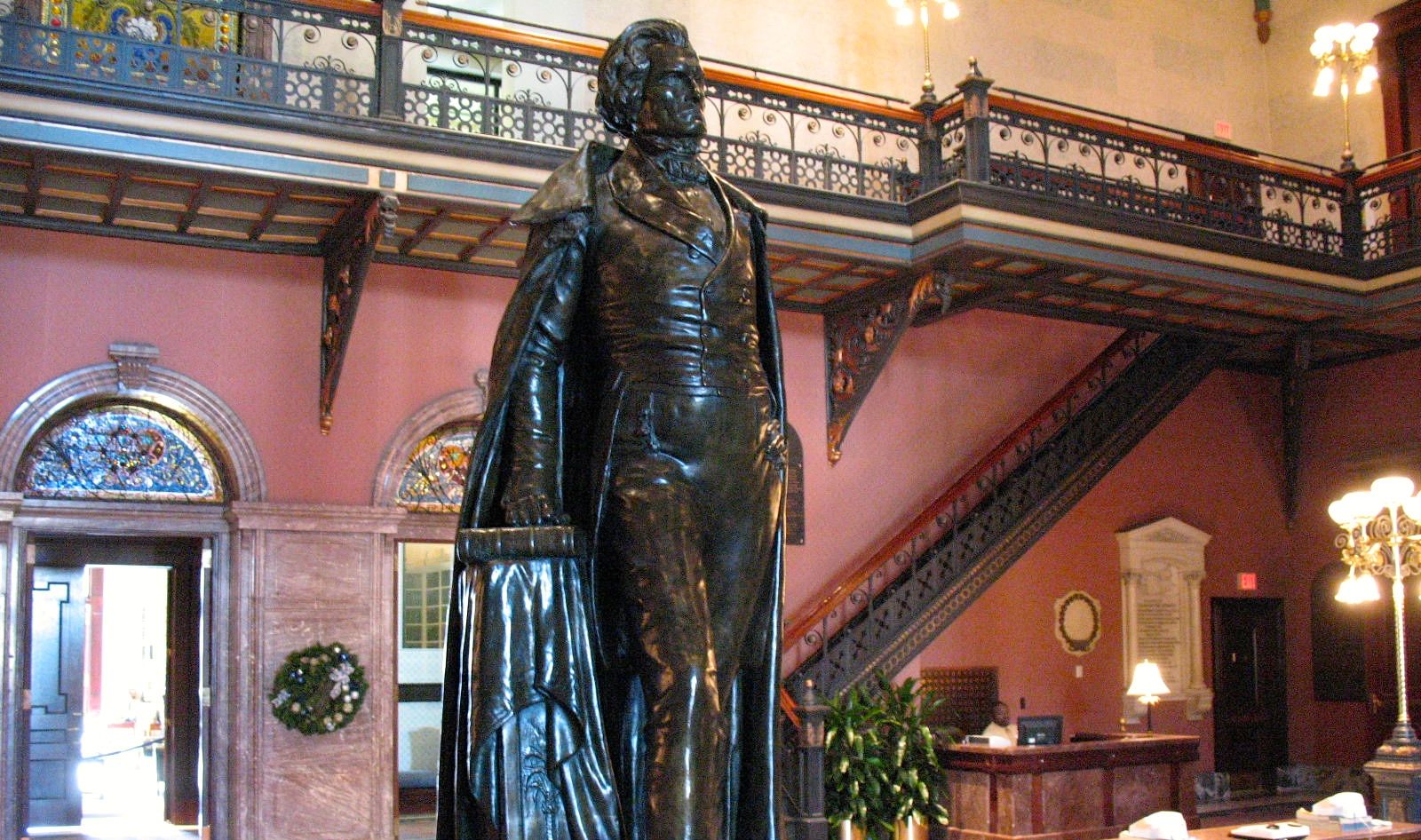 IS SOUTH CAROLINA ABOUT TO BREATHE NEW LIFE INTO A DYING LAW?

Ever since it was first proposed as an option for addressing U.S. President Barack Obama’s socialized medicine law, nullification has never really been our thing …

Don’t get us wrong … we cannot stand Obamacare.  In fact we’ve spent the better part of the last four years fighting it.  We opposed it when it was first unveiled, we opposed it when it was being shoved down the throat of a Democratic-controlled U.S. Congress (by hook and crook) and we have repeatedly pushed to have the law repealed.  More recently, we were among the few “conservative” outlets to emphatically argue against providing funding for Obamacare – even if doing so meant partially shutting down the federal government in perpetuity.

Anyway, in addressing the nullification idea a year ago we wrote that it “missed the big picture,” most notably the soaring Medicaid spending taking place in South Carolina under so-called “Republican” Gov. Nikki Haley.

“To grandstand against Obamacare on the one hand while profiting from it on the other would be astoundingly hypocritical … even by S.C. political standards,” we wrote.

Of course that’s exactly what’s happening in the Palmetto State … legislators trumpeting nullification in a shameless effort to nail down their right flank (even though there’s no real evidence the “right flank” is on board with the concept) while at the same time voting to snatch up as many federal dollars for Medicaid as they can.

As it was a year ago, nullification is back on the front-burner in South Carolina – with several state lawmakers occupying the far right fringes of the Tea Party movement championing it in advance of the 2014 session of the S.C. General Assembly.

We haven’t written on nullification yet this year because as far as we’re concerned the more important (and more practical) battle lies in rejecting the Medicaid expansion accompanying the law – as well as the runaway Medicaid expansion being pushed by Haley.

Others are weighing in on nullification, though – like Americans for Limited Government (ALG), one of the most aggressive pro-free market, pro-freedom advocacy groups in the country.  ALG has been at the forefront of the fight against Obamacare – with its leaders arguing on behalf of defunding the measure long before other “conservative” groups jumped into the fray.  Not only that ALG has been one of the most aggressive opponents of Obamacare’s egregious taxation without representation.

So what do these battle-tested anti-Obamacare soldiers think of nullification?

Glad you asked: Just prior to Christmas, ALG released a paper on the nullification issue written by Dr. Bradley Gitz – a professor at Arkansas’ Lyon College.

Gitz’s conclusion? Well, he reaches several conclusions – but his first (and most important) one is that nullification is doomed to fail.

“There should be no doubt as to what the ultimate outcome will be here in a legal sense – even if the South Carolina Senate approves (the nullification of Obamacare) and South Carolina Governor Nikki Haley signs it into law, it will be stuck down as unconstitutional, likely without dissenting opinion, at the first opportunity,” Gitz writes.  “And that will also be the fate of other, comparable measures currently being considered by like-minded states.” 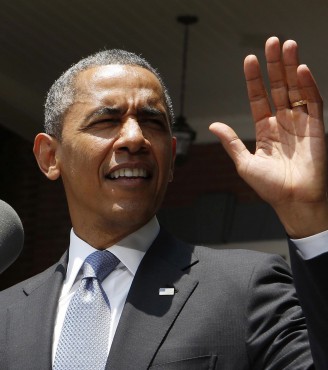 But Gitz’s paper reveals an even more disturbing practical consequence of pursuing this doomed approach – most notably the unintended havoc a nullification bid could wreak on the Palmetto State’s chronically struggling economy.  Specifically, he notes how any company that “currently provides health insurance to its employees and falls under the provisions of Obamacare will also run the risk of being targeted by its implied criminalization of compliance with federal law.”

“At the least, they will face tremendous uncertainty regarding their legal status and options; ambiguity which carries with it both potentially high litigation costs and an unstable investment climate,” Gitz writes. “By threatening criminalization in such a fashion under the logic of ‘nullification,’ South Carolina will likely encourage the departure of increasingly mobile firms and much-needed investment, jobs, and economic growth. ‘Doing business’ in Texas or Georgia will suddenly seem quite a bit more attractive and less risky than staying put or relocating to South Carolina.”

Gitz’s final point addresses the cost of a failed “nullification crusade” from a national public relations standpoint – highlighting the momentum a failed bid would give to a pro-Obama, pro-socialized medicine movement that continues to lose steam with each passing day.

“At present there is no better way to raise Obamacare from its deathbed than to do what the South Carolina Senate is contemplating doing (and the South Carolina House has already done),” he writes. “Rather than having let Obamacare die from its many self-inflicted wounds, they will have unintentionally aided and abetted its recovery and entrenchment in our national life.  The struggle against Obamacare is both important and necessary, and South Carolina appears poised to only make it more difficult.”

Few are going to take issue with any of Gitz’s conclusions.  In fact we find ourselves feeling a bit jealous for not having had the foresight to pen such a piece ourselves.  And there’s been virtually no objection coming from any point along the South Carolina political spectrum in the two-and-a-half weeks since the ALG paper was first published.  Or the national political spectrum, for that matter.

Well … with the exception of one outlet, The New American (the mouthpiece of the John Birch Society).

In a verbose and at times indecipherable critique of Gitz’s paper, columnist Joe A. Wolverton, II of The New American rebukes the notion that nullification is doomed to fail constitutionally – and accuses ALG of committed a “deadly and unforgivable sin” by presuming its inevitable demise in the court system.

“Until ‘conservative’ state legislators begin informing themselves of the rights retained by the states and begin ignoring the irrational and incorrect opinions of professors and judges, there will be no end of federal demands and they will get more and more difficult to comply with and will thereby justify increasing federal control over the apparatuses of state government,” Wolverton concludes.

We admire Wolverton’s passion – and appreciate the lengths his column goes to in an effort to parse the wisdom of our nation’s founding fathers – but the bottom line is there’s a reason why even die-hard limited government groups are opposing nullification (and only groups like the John Birch Society are supporting it).

“There are just not that many John Birch Society members, even in South Carolina. And the conservatives are more united in opposition than in support (of nullification),” one national free market operative told us. “So, just exactly who do these guys think they are appealing to?”

As Michael Cannon of The Cato Institute has correctly noted, the real battle over Obamacare lies in its ability to spend money (the Medicaid expansion issue) and its ability to impose taxes and regulations (the taxation without representation issue).  On those two points hang the future of the law – and right now that future is looking pretty bleak (thanks in large part to efforts by groups like ALG).

Unfortunately while many “Republicans” in South Carolina are willing to breathe fire in support of nullification (knowing full well it will be struck down), they are quietly working behind the scenes to grab as much federal health care money as they possibly can … no matter what new regulatory strings are attached.

Which is precisely what we feared …

Look, we’re not unilaterally dismissing nullification as a concept – or even necessarily ruling it out at some point in the future as a proper response to an “insupportable oppression” imposed on states by the federal government.  But at this particular time (as it relates to this particular scrape) it strikes us as a terrible idea for all the reasons outlined in Gitz’s paper.