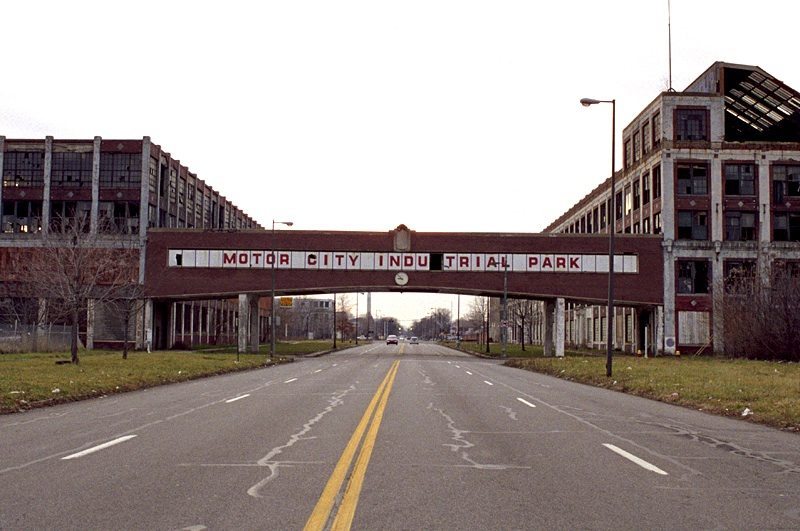 I’ve been meaning to write about Detroit for several months. For those of you who don’t know, my wife grew up there – one of several things contributing to her no-nonsense world view. In fact our family flew to Detroit a few years ago en route to a wedding in nearby Ida, Michigan.

I didn’t see much of the city on our trip (the downtown area didn’t seem particularly safe with our kids in tow), but what I did witness in and around the city center was dilapidation and decay on a scale I’d never seen before … well, with the exception of driving through Slidell, Louisiana in the aftermath of Hurricane Katrina.

There was also something in the air … something you could almost smell … defeat.

Oh, and of course debt – which the world learned all about as the leading edge of the liberal urban experiment filed for bankruptcy last year.

Anyway, as part of the second season of his Parts Unknown show on CNN, travel chef and left-leaning surlier-than-thou cynic Anthony Bourdain paid a visit to Detroit.

“The only place I’ve ever been that looks anything like Detroit does now is Chernobyl,” he said.

I don’t particularly care for Bourdain’s politics – or his attitude – but his show on Detroit was one of the most compelling things I’ve ever seen on television. It was, quite simply, a jaw-dropping glimpse into the likely dystopian future of vast swaths of our country – which is well on its way to becoming the most spectacular flameout in the history of human civilization.

Think about it: Twenty-five years ago America had just won the Cold War and was the lone superpower on the planet. Up and down the income ladder our prosperity was unrivaled – and expanding. And yet somehow – inexplicably – our nation’s leaders managed to fuck it all up. Detroit may have filed for Chapter 9, but barring an almost total reversal of ideological orientation among this nation’s leaders what we are really witnessing is Chapter 1 in the yet-to-be-written history of America’s government-induced collapse.

You really have to watch Bourdain’s show to believe it, but the statistics accompanying Detroit’s collapse paint an almost equally disarming picture.

For starters there are the financials: According to The Economic Collapse Blog, at the time of its bankruptcy filing Detroit owed more than 100,000 creditors upwards of $20 billion – or more than $25,000 per resident (each of whom also holds more than $50,000 in federal debt, incidentally).

Once America’s fourth-largest city, Detroit is on the verge of slipping from the Top 20 as the city’s population has plunged by a whopping 63 percent over the last six decades.

The violent crime rate in Detroit is five times higher than the national average. The murder rate? It’s eleven times higher. But don’t get shot in Detroit because only one-third of the city’s ambulances are running (and many of those that are have more than 250,000 miles on them).

In other words urban Detroit is every bit as third world as rural South Carolina … it’s just black Democrats as opposed to white “Republicans” who condemned it.

Will 2014 be the year these “leaders” finally get it? Finally realize that corporate handouts, incentivized dependency, unchecked bureaucratic expansion, over-regulation, unionization, government-run education and other failed top-down experiments are just that – failed experiments?

Let’s hope so … because the end result of these policies is downright apocalyptic.