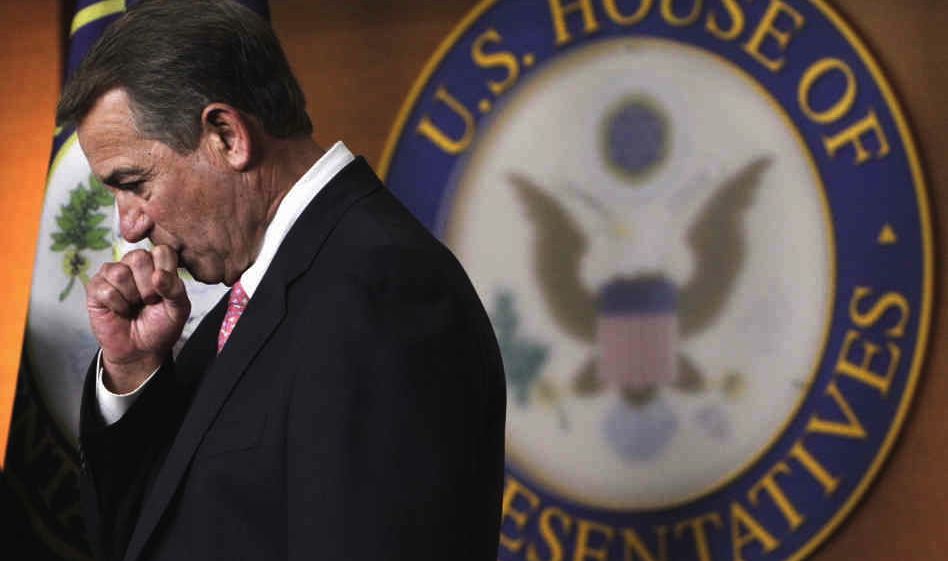 An effort by establishment “Republicans” in Washington, D.C. (and in the states) to fool GOP voters into thinking they had “defunded Obamacare” was defeated this week – forcing Boehner and his cronies to withdraw a budget resolution scheduled for a vote this week.

The “Republican” plan? To pass a “rider” to the upcoming budget resolution what would have defunded Obamacare – but permitted the Democratic-controlled U.S. Senate to simply strike that language from the spending plan and send it straight to the desk of U.S. President Barack Obama. This would have allowed “Republicans” in the U.S. House to cast symbolic votes to defund Obamacare – without actually doing anything to defund it.

Naturally, we rebuked such a ploy.

“If the GOP is serious about defunding this abomination, then it needs to defund it,” we wrote yesterday. “Not pretend to defund it.”

Pro-free market groups rallied the troops in support of this very message.

“This is do or die,” Americans for Limited Government (ALG) president Nathan Mehrens said earlier this week.

In fact major props to groups like Americans for Limited Government, Club for Growth and FreedomWorks – which led the fight to shut down this latest “GOP” attempt to appease Obama.

Also rare props to our longtime adversaries over at RedState.com for their efforts to help shut down this scam.

Here’s the curious thing though … RedState’s favorite “conservative” daughter, S.C. Gov. Nikki Haley, was one of the establishment “Republicans” willing to cave to Obama on this issue. In fact after ripping Obamacare to shreds at her 2014 reelection kickoff, Haley’s spokesman later slipped a “clarification” of her position to the Associated Press on the Friday before Labor Day, saying the governor didn’t support defunding Obamacare if it meant a possible government shutdown.

This is one of those rare instances in which fiscal conservatives in the Republican party took on their big-spending establishment leaders – and won. For now, at least. Let’s hope there are enough pro-free market, pro-liberty lawmakers in Washington to hold the line against this not-ready-for-prime-time monstrosity.

If there are, there’s a decent chance this thing might actually get shut down …