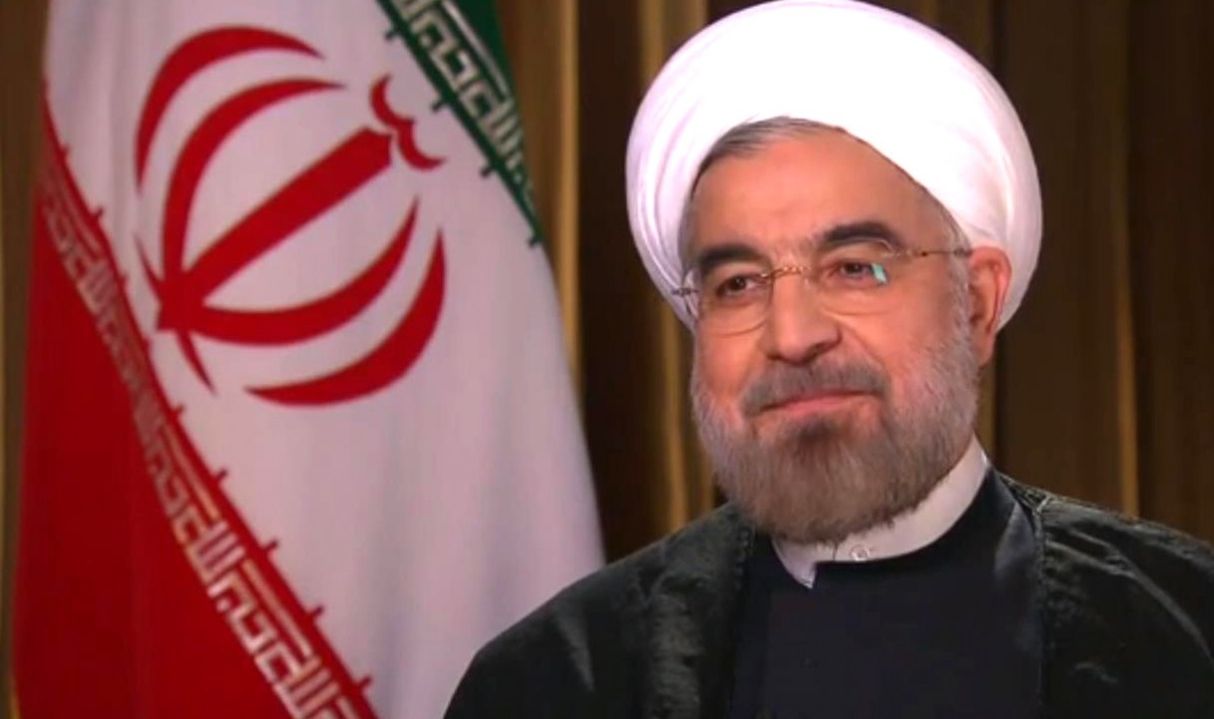 You cannot negotiate with Iran. That is what they told us for years. The Iranian leadership is too fanatical, they are not rational actors, they are “not like us.” One U.S. official even recently said that deception is part of the Iranian DNA. But just over a week ago negotiations between the five permanent UN Security Council Members plus Germany and the Iranians produced an historic agreement that may be first step toward a new era in U.S. relations with the Middle East.

As Middle East expert Eric Margolis pointed out this week, for Iran’s major concessions it will only receive “$7 billion – of its own money, which has been frozen abroad by U.S.-led sanctions.” That sounds like quite a bit of compromise for such a “fanatical” country.

Earlier this summer the same people made the same arguments about Syria. You cannot negotiate with Syrian President Bashar al-Assad, they said. He is insane; he is another Hitler. But not only was it possible, a deal was signed ending the threat of a U.S. strike in exchange for Syria agreeing to give up its chemical weapons and the ability to manufacture new ones. Syria upheld its end of the agreement and the chemicals were all accounted for on schedule.

Why have the interventionists, the neocons, and the special interest groups claimed for so long that negotiation and diplomacy was tantamount to surrender; that countries such as Iran and Syria “only understand force?” It is because these groups are afraid of diplomacy. They do not want a peaceful resolution to these conflicts. They see U.S. foreign relations only in the starkest terms: Do what we say and we will give you aid, disobey us and we will bomb you.

Now the warmongers who call themselves “foreign policy experts” have been exposed. The whole world sees that they are wrong. Their advice is bad. Their limited vision of how foreign affairs should be conducted is actually dangerous to the United States. It is now clear that there are workable alternatives.

As with the U.S. threats against Syria, public opinion polls on talks with Iran demonstrate that the American people are solidly behind diplomacy and opposed to another war. According to one recent poll, Americans support the deal reached with Iran by a margin of two-to-one.

Congress, however, is once again far behind the American people. Even as U.S. negotiators were reaching agreement with their Iranian counterparts, U.S. Representatives and Senators were drafting legislation to increase sanctions on Iran. Instead of listening to the American people, many in Congress seem attached to special interests like the Israel and Saudi lobbies, which oppose anything less than full Iranian capitulation. Israel refuses to join the non-proliferation treaty yet it seeks to dictate the rules of the treaty to those who have signed it. Saudi Arabia is desperate to control the region politically and economically, and it views an Iran that is free to sell oil and other products on the open market as a threat to Saudi power.

For too long both Israel and the Saudis have benefited from a U.S. military guarantee. It has created “moral hazard” that only encourages more belligerent behavior on both of their parts. It remains to be seen whether this six month trial period will develop into a permanent move toward normalization of relations with Iran. What if Congress refuses to give Iran its own money back? But we are moving in the right direction and we should be optimistic.

A better U.S. relationship with Iran may signal the beginning of the end of U.S. meddling in the region and serve as an incentive for Saudi Arabia, Israel, and the Gulf States to solve their problems themselves. This would be a great boost to U.S. national security, just as an Iran open to U.S. business and trade would be a great boost to our economic security. Is peace finally breaking out? Let’s hope so.

Good to know there’s at least two things I can agree with Paul on: war and the war on drugs. Peace out, man.

I hope Dr. Paul is right but it is too early to tell. But no matter what we must not leave Israel hanging. These people are never to be trusted.

We do more to protect Israel than we do to enforce our southern border. I understand Israel is our ally, but it’s not a state.

As usual, over-simplified a bit by RP. Of course nations can negotiate with anyone- the easy cheap shot here is the already worn out “Ask Chamberlain how that ‘Peace for our time’ worked out for him in 1938.” Even that is a simplistic view, though, since ol’ Neville had limited options before him in 1938 (and many say he was simply stalling to give the British war machine time to crank up). At any rate, it’s waaaaay too early to start cheerleading for this apparently crappy deal with Iran, who not only gets their frozen assets freed up, but is allowed to run home and brag to hardliners (not a fringe group there, by the way, but the mainstream) that Iran retains their “full authority” to enrich uranium in the six-month interim period. Hell, the Rouhani regime even corrected Obama’s gloating press release for him, so they’re obviously willing to help us out. Iran’s Revolutionary Guards announced just a few weeks ago that they will be retaining their famous “Death to America” slogan. I definitely think they’ve turned a corner.

How can we ever thank you, Obama and Paul, for giving us “peace in our time?”

‘They Must Be Stopped”

Koran, Taqiyya, salam versus sulha, Da’wa, Hadith, Ikhwan… we are dealing with countries who know how to exploit “… our hunger for harmony, resolution, for approval. …our humanistic impulses… We unwisely attribute those same impulses to our enemy…(they realize) we prefer to appease an intractable foe rather than to confront it…..”

Mr. Paul, you are the man that is not afraid to be upfront talking arrows in the back.
Thank you.

Iran and Syria “only understand force?” Well kook Paul, what is “a deal was signed ending the threat of a U.S. strike” then?

First time I’ve agreed with Dr Paul in a long time. Of course these events will get lumped as a failing of Obama’s foreign policy by neocons and tea partiers

“You Cannot Negotiate With Iran?” Who said you can’t? It worked with Chamberlain and Hitler, and it will work with Obama and Iran.