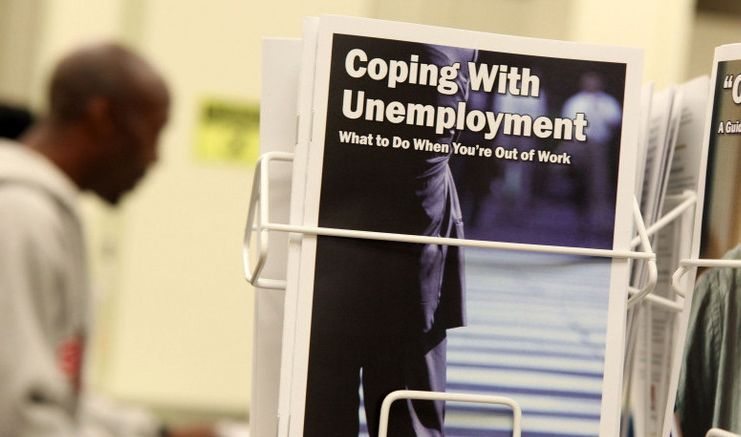 Last week reporter Tim Smith of The Greenville News published a story on “recruited” jobs in South Carolina – which are the official number of positions “announced by the South Carolina Department of Commerce as a result of the state’s recruitment efforts.”

Missed that story? So did everybody else, apparently …

We thought S.C. Gov. Nikki Haley was making it rain up in this state when it came to job creation and capital investment – using our tax dollars to bribe companies to come here better than any governor ever.

Also her 2011 numbers are, according to one Commerce Department source, “exclusively attributable to Mark Sanford.”

Haley’s record on economic development – which she trumpets at government-subsidized ribbon cuttings across the state – has come under fire in recent months as she builds her reelection bid on the belief that she is America’s “Jobs Governor.”

The most damning data point? South Carolina’s abysmal 58.5 percent labor participation rate – which is at an all-time low.

Haley – who opposed “corporate bailouts” as a candidate in 2010 – has built her economic development strategy around these crony capitalist giveaways. In fact she’s been their biggest cheerleader, which is why the liberal S.C. Chamber of Commerce – which opposed her election three years ago – is poised to support her reelection bid.

Frankly we’d like to see the number of government recruited jobs drop to zero … because at the end of the day these positions come with a massive price tag. We’d like to see jobs created in South Carolina on the basis of our state having a competitive tax climate and a free market system of education.

The funny thing is I don’t even believe the #’s the Dept. of Commerce puts out.

They attend all these bullshit shovel events and sit there and nod their heads while she spouts out fake job creation and investment numbers.

If even the SCDOC is showing a precipitous decline, you better believe its even worse than they are posting.

I concur with your thoughts. Dabo got enough to do without her distractions.

You mean businesses and their employees aren’t clamoring to come to a state where education is LAST in the nation??! *GASP*

You mean businesses and their employees aren’t clamoring to come to a state where every single thing in the media about the state is either laughably ignorant or shockingly backward? NO!!! Unpossible!!

How could any sane normal family not want to come to the utopia that our christian conservative republicans have bestowed us with in South Carolina. Why when their chillin gradiate kollege after finishing skool here they can work at those well known bastions of capitalism, Amazon or Wal Mart. Or OOH if they really apply themselves they can get a job at one of our dumps.

After listening to the sage wisdom from our tea-riffic republican politicians I don’t see how they could resist not wanting to come and work in our state!! You’d be craaazzy to go anywhere else!

Well, you came down here from Ohio, so what brought you? Obviously not a job.

I can hire schmucks like you to work for slave wages. Same reason any business would come to South Carolina.

Don’t you have to take a break from smoking weed and save some of your unemployment checks before you can me?

No, I don’t. I wouldn’t hire a teabagger.

1786 August 13. (to George Wythe) “I think by far the most important bill in our whole code is that for the diffusion of knowledge among the people. No other sure foundation can be devised, for the preservation of freedom and happiness…Preach, my dear Sir, a crusade against ignorance; establish & improve the law for educating the common people. Let our countrymen know that the people alone can protect us against these evils [tyranny, oppression, etc.] and that the tax which will be paid for this purpose is not more than the thousandth part of what will be paid to kings, priests and nobles who will rise up among us if we leave the people in ignorance.”[2]