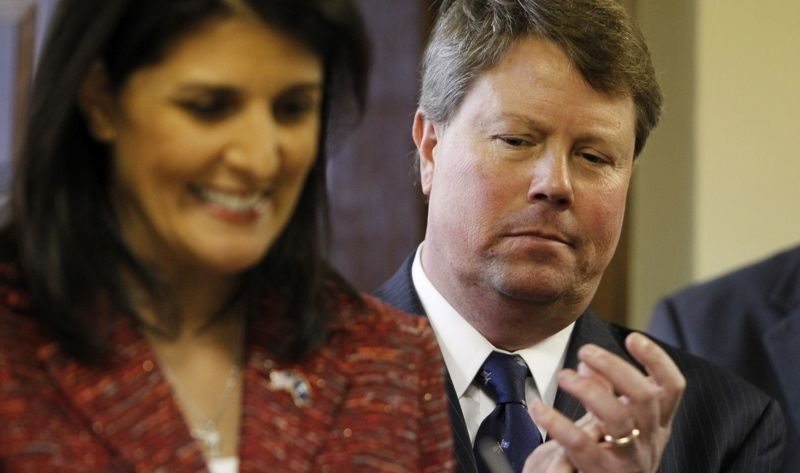 According to the S.C. Department of Employment and Workforce (SCDEW) this key economic indicator – which tracks the percentage of a state’s (or country’s) working age population that is either employed or actively searching for a job – fell from 58.7 in June to 58.5 percent in July, the latest month for which data is available.

Labor participation in South Carolina under “Republican” Gov. Nikki Haley peaked at 60.9 percent in June 2011 but has been falling precipitously since then – hitting record lows in March and again in July.

Not if you’re looking for a job.

South Carolina’s unemployment rate remained stuck at 8.1 percent in July – although given the abnormally large percentage of the population that’s not classified as part of the workforce, it is likely much higher.

Nationally, the labor participation rate slipped form 63.4 to 63.2 percent last month – its lowest level since August of 1978. All told, 90.5 million Americans are now out of the workforce – the highest number on record.

Haley has boasted about her prowess on the economic development front, but the state’s shrinking workforce is yet another reminder of her failure to create jobs.

While Haley has given away tens of millions of dollars in largely undisclosed corporate handouts since taking office, she’s proposed precious little in the way of tax relief for the rest of us.

This website has consistently maintained that the best way to stimulate economic growth in South Carolina is cut the individual income tax – a.k.a. the tax paid by all citizens and the vast majority of businesses. Hopefully someone will roll out a proposal like that in the near future.

Clearly maintaining the status quo is a recipe for failure …