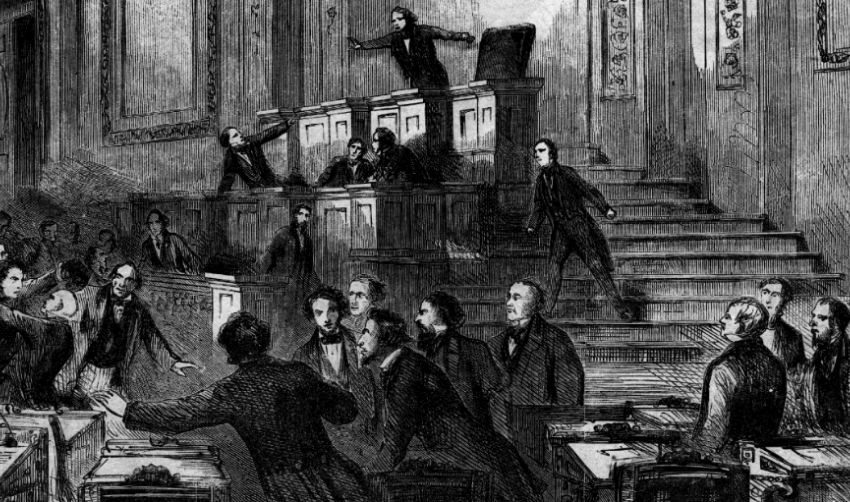 Many Americans look at what is happening in Washington, D.C. and ask two simple questions, “Is our system broken, and why can’t these politicians just get along?”

In fact, these are two of the most frequent questions I get when doing radio interviews across the nation, particularly during the call-in portion.

As tough as it is to believe, the system is not actually broken when the Congress is fighting with itself and with the President, in fact, that is exactly the outcome our founding fathers intended when they built it.

There is supposed to be tension between the House and the Senate, and there is definitely supposed to be fighting between Congress and the Executive Branch.

The House of Representatives was given the constitutional responsibility of being where all spending bills must originate.  The Founders wanted the body closest to the people, who faced election every two years, to hold the purse strings of government.   The same House was proportionally elected whereby each Member represented approximately the same number of people, with every state guaranteed at least one House Member.

Until 1913, Senators were appointed by their respective state legislatures, two to a state in staggered six-year terms.  This insulation from the voters was designed to create the ultimate insiders club, to serve as an offset to the constant political demands in the House.

The Senate was also set up to defend parochial state interests as individual senators’ power was directly tied to the desires of the politicians in their home states.  Additionally, one of the great constitutional compromises was to protect the small states’ interests from being overrun by the large ones by offsetting the proportional representation in the House by giving each state equal representation in the Senate.

Just as the House has primary responsibility on money and tax issues, the Senate has sole responsibility in serving as a check on the Executive Branch through the ratification of treaties and the confirmation of political appointments among other powers.

American history is replete with examples of massive, almost heroic long-time congressional battles that somehow lose their passion in the stale retelling in school books.

The Real Estate Industry Is Freaking Out