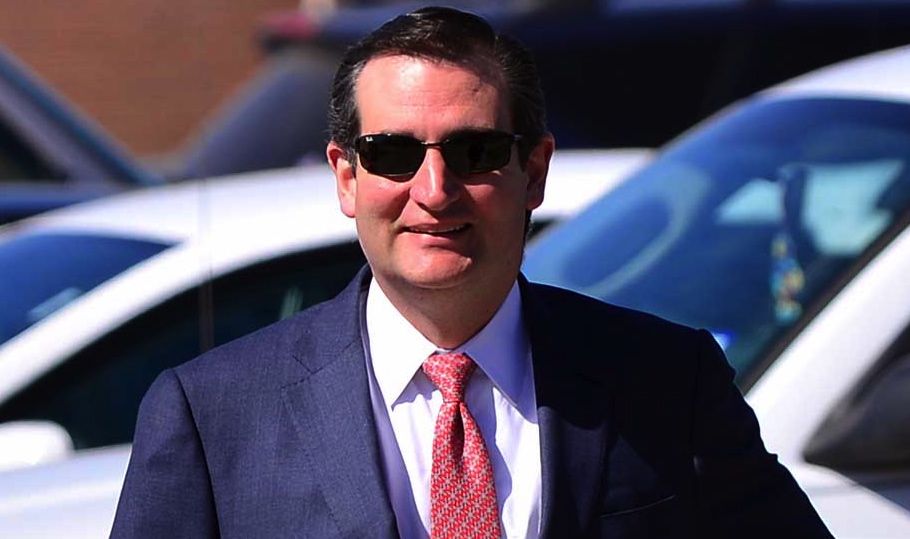 It turns out all of those old, white “Republicans” really were full of it … and what the GOP needed all along was a Hispanic with a pair of cojones.

Unfortunately this testicular fortitude – embodied by the heroic, anti-Obamacare filibuster of U.S. Sen. Ted Cruz (R-Texas) – came too late for the GOP. In fact the party clearly would have preferred that it not come at all.

Even as Cruz’s dramatic filibuster rolled on, the Texas conservative was drawing stern rebukes from the Republican establishment – which wants to be seen as opposing Barack Obama’s increasingly unpopular socialized medicine law while simultaneously funding it in the budget.

Cruz has taken a principled stand against this hypocrisy. How principled? He stood for hours on end at a podium in the well of the U.S. Senate in an effort to convince Republicans (and moderate Democrats) to join him in stripping funding for Obamacare from a two-month spending bill.

His basic appeal? Screw your party leaders: Do what’s right.

Cruz’s speech began at 2:41 p.m. EDT on September 24, 2013. He yielded for questions but never left the podium and was still speaking as of 10:30 a.m. EDT September 25. That’s the fourth-longest floor speech in U.S. Senate history – easily outdistancing U.S. Sen. Rand Paul’s filibuster against the Obama administration’s drone policy back in March.

During his filibuster Cruz invoked Darth Vader. And Austin Kutcher. And Duck Dynasty.

He read from Atlas Shrugged – and Dr. Seuss.

He talked about job losses in swing states.

He quoted emails and tweets from constituents fearful of the impact of Obamacare – and a read a letter from the president of the far left Teamsters’ Union decrying its disastrous impact.

But more than any of that, Cruz delivered a compelling rebuke of the spineless Republican establishment which continues to say one thing and do another – and continues to lose elections as a result of its ideological bankruptcy.

“Bucking your party provokes a reaction,” Cruz said at one point during his marathon speech. “As difficult as it is to cross one’s party leaders, I say — with perhaps a little familiarity to the consequences — that it’s survivable, and ultimately it’s liberating.”

Cruz called out his party leaders repeatedly during his filibuster. More to the point – he called out “any Republican who votes to give Harry Reid the ability to fund Obamacare on a 51-vote majority.”

Because that’s what this fight was ultimately about – forcing Democrats to get sixty votes if they want to reinsert funding for Obamacare into the two-month spending plan.

Sadly GOP “leaders” like Mitch McConnell (RINO-Kentucky), John McCain (RINO-Arizona), John Cornyn (RINO-Texas), Roy Blunt (RINO-Missouri) and Lindsey Graham (RINO-S.C.) were having none of it – stabbing Cruz in the back and bending over once again to take what the Obama administration gave them.

At least the GOP leadership in the U.S. House was shamed into doing the right thing – apparently “Republican” Senators have no shame.

Ted Cruz has proven once and for all that the Republican Party no longer stands for freedom and free markets. Or American workers and taxpayers. With one speech, he has exposed the GOP for exactly what it is – an equivocating heap of special interest-fed politicians who are more interested in “going along to get along” than doing what is right.

A party with no cojones …

We previously referred to the battle to defund Obamacare as the “last line in the sand” for the GOP. Cruz has officially planted a flag on the right side of that line – joined by his stalwart ally U.S. Sen. Mike Lee (R-Utah), who stayed by Cruz’s side during his all-night filibuster.

It’s now up to every GOP Senator – and Republican elected officials at all levels of government – to decide whether they also stand on the side of right.