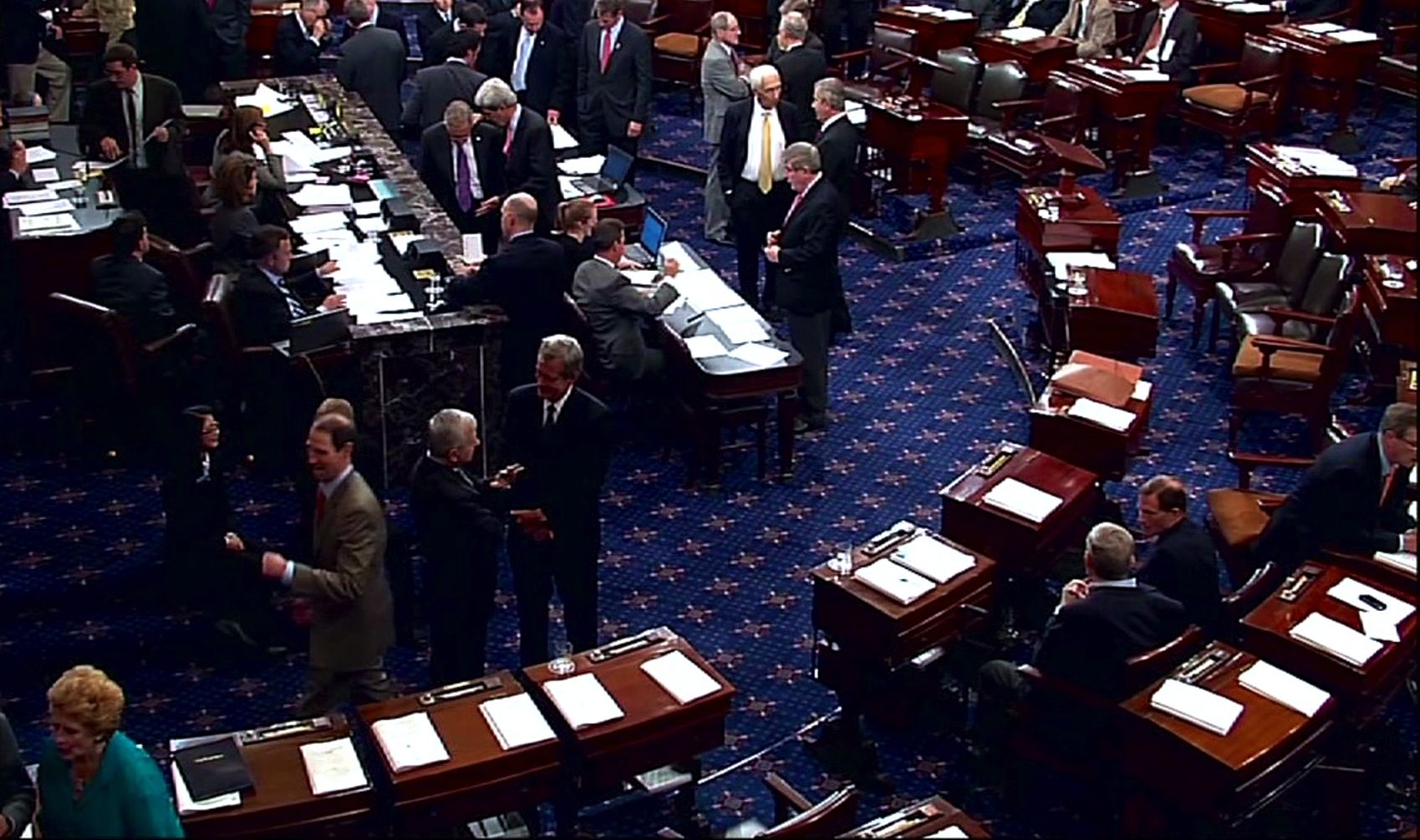 “Republicans” are a minority in the United States Senate – but that doesn’t mean they are politically impotent.

Case in point: If all forty-six GOP Senators stand firm in favor of defunding Barack Obama’s socialized medicine bill – as the U.S. House has done – they can move one step closer to avoiding a government shutdown.

“Harry Reid cannot move anything in the Senate without the help of at least six Republicans,” said Nathan Mehrens of Americans for Limited Government (ALG), one of the groups which was instrumental in pushing the U.S. House to strip funding for Obamcare.

He’s right. If the GOP Senate caucus is united against Obamacare, it can keep funding for this anti-competitive, job-killing monstrosity out of that chamber’s two-month budget resolution. And if that happens, the onus for shutting down government would fall squarely on the shoulders of Barack Obama.

“Now is the time for Senate Republicans to join their colleagues in the House and show they mean it when they claim to oppose Obamcare,” Mehrens added. “There is simply no excuse for allowing the law’s implementation.”

Mehrens also makes it clear that “allowing a continuing resolution to come to the floor where the defund language can be stripped out with a simple majority vote is the same thing as voting to fund Obamacare.”

This is a critical distinction …

Now that same battle moves to the U.S. Senate, where every single GOP Senator must demonstrate the same resolve … or face the consequences. Also we can think of several vulnerable Democrats who might want to think long and hard about including funding for this abomination in the budget proposal.

Public support for Obamacare has plummeted in recent months as the law’s adverse impact on the economy has become readily apparent. Also the administration has been forced to delay key provisions of the act – demonstrating its lack of readiness for prime time.

It is time to defund this disaster … before it is too late.