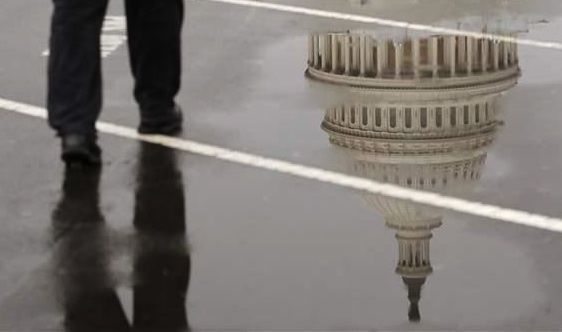 As Washington, D.C. inches closer to yet another dysfunctional deadline-related drama (this one over whether to fund Obamacare via a two-month spending resolution), political pundits are rushing to tell us “what it all means.”

But in the seat of the “Evil Empire” – where your money and liberty go to die – nothing is simple. Someone has to be fitted for a black hat, and according to the far left’s cheerleader-in-chief – political “reporter” Chris Cillizza of The Washington Post – that someone is the fiscally conservative “Republican.”

Citing a “quite complex” ideological algorithm of votes cast by both chambers, Cillizza concludes that “Republicans in Congress continued to grow more ideological over the first eight months of 2013 while Democrats’ partisanship stayed relatively steady.”

He later notes that over the last few years “Republicans’ polarization numbers have moved up further — and faster — than Democrats.”

After betraying their principles on taxes and spending during the Bush years (and getting voted out of office because of it), “Republicans” in Washington, D.C. have been caving left and right in critical debates to Democrats – most notably the 2011 debt deal and the 2012 “fiscal cliff deal.”

Seriously … in what universe is this chronic appeasement indicative of “polarization?”

Also, Cillizza neglects to mention that Obamacare – the monstrosity at the heart of this latest debate – is the most polarizing piece of legislation ever rammed through the U.S. Congress. 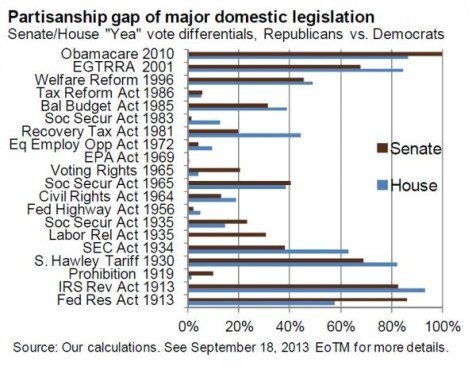 Most importantly, Cillizza fails to recognize these “polarizers” on the right are the only ones in Washington with so much as a shred of concern for those ultimately responsible for subsidizing the ongoing unsustainability of D.C.’s “bipartisanshit” – which of course is you, your children, your children’s children, etc.

And for what: The approval of pundits like Cillizza?

If the choice is standing firm in defense of your kids’ and grandkids’ futures or getting a pat on the back from a far left hack like Cillizza, count us as polarizers. And damn proud of it.