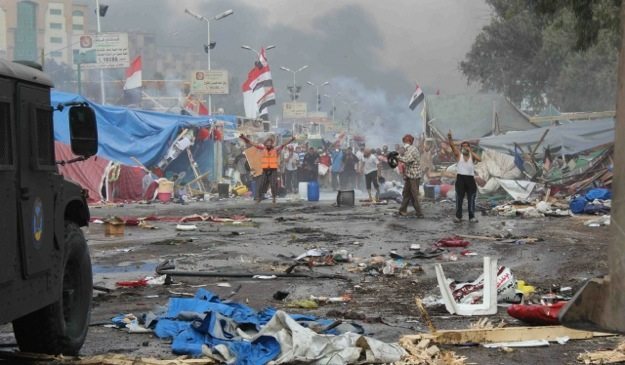 Vacationing U.S. President Barack Obama – who supported Morsi’s ascension to power – began taking steps to cut America’s economic to Egypt this week, although that money accounts for a very small percentage of the $1.5 billion in assistance the North African nation receives annually from U.S. taxpayers.

The vast majority of America’s annual investment – $1.3 billion – comes in the form of military aid.

Obama has not indicated any desire to take that money off the table – although the interim Egyptian government is said to be “reviewing” various foreign aid packages in light of international criticism of its crackdown.

As we’ve said from the beginning of this drama, we oppose foreign aid on principle. And as for the question of who should lead Egypt, that’s up to Egyptians to decide.

If they want to kill each other in the process, it’s not up to us to stop them … (ditto for any other sovereign nation).