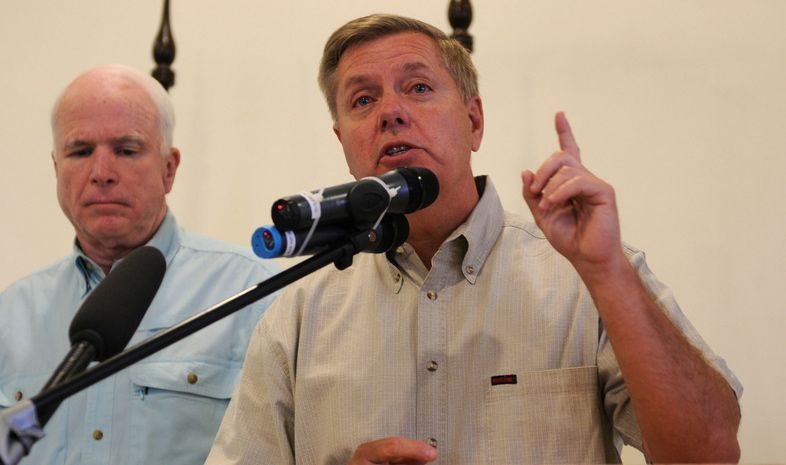 U.S. Sen. Lindsey Graham (RINO-S.C.) is already well established as a warmonger. And a special interest whore. And a fiscal liberal. And a Barack Obama abettor.

Increasingly, though, Graham is looking to establish himself as Washington, D.C.’s foremost hater of liberty. Earlier this week, Graham offered up a doozy of a quote when he publicly speculated whether bloggers deserve First Amendment protection.

“Is any blogger out there saying anything – do they deserve First Amendment protection?” Graham wondered.

Last time we checked the First Amendment was supposed to apply to everybody.

Graham took it to another level when he appeared on Fox and Friends, though, saying he was “glad” the federal government obtained millions of cell phone records from Verizon Wireless as part of an “unlimited” inquiry into the private communication of the network’s subscribers.

Graham’s rationale for supporting this unprecedented (as far as we know) Big Brotherism?

“We are very much under threat,” he said. “Radical Islam is on the rise throughout the region. Homegrown terrorism is one of my biggest concerns. It is happening in our own backyard.”

No … what’s “happening in our own backyard” is the rise of a Nazi state which is far more dangerous than the most radical islamic regime. In fact with this Verizon scandal, America has taken one more giant leap toward “Evil Empire” status – a society in which the people doing the “protecting” are far more frightening that anything they are protecting against.