U.S. Sen. Lindsey Graham got kissed full on the mouth in this weekend’s editions of National Review – one of those hoity toity inside-the-Beltway publications that we read only when someone forwards an article to us.

“Grover Norquist’s Wednesday meetings are a minor Capitol Hill legend,” she wrote in one recent piece.

Really? We interviewed Norquist once … weren’t impressed. Even less impressed with his pointless pledge.

Anyway … according to Woodruff’s article, Graham is “very popular in his home state.” Really? According to the latest polling data from Winthrop University, Graham’s approval rating was 43.9 percent – with nearly as many people (39.8 percent) disapproving of the job he’s doing.

After belittling those who oppose Graham as nothing more than “a group of boisterous detractors – largely from the northern part of the state,” Woodruff goes on to provide her view of Graham’s Republican challengers, each of whom she dismisses with and air of presumption that might be mistaken for sophistication were she a  better writer. 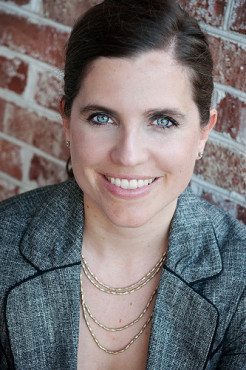 The one candidate to whom she devotes the most ink? Our former associate Nancy Mace (left), whose prospective candidacy she describes as “interesting.”

“A South Carolina GOP insider says Senator Rand Paul came to South Carolina in February to attend one of Mallory Factor’s Charleston Meetings, which are modelled on Grover Norquist’s Wednesday meetings, and Mace attended the meeting as well,” Woodruff writes. “He says that she also went to a lunch roundtable with the senator, and that she’s been helping the Kentucky freshman test the waters for a 2016 bid. He adds that state senator Tom Davis and Representative Mick Mulvaney are among her clients.”

Wow … that’s some intense sleuthing there.

Oh right, we forgot … this is a column based on information spoon fed by Lindsey Graham supporters (who are very good at delivering these sorts of hit pieces, if you’ll recall). Naturally such a piece views effeminate, 57-year-old single men with left-of-center voting records as much more suitable candidates than hard-working mothers of two.

The main knock on Mace in Woodruff’s piece, though? Her former association with this website.

“Mace formerly worked with FITSNews, a South Carolina political site with a less-than-stellar reputation that ran stories alleging that Governor Nikki Haley had several affairs,” Woodruff writes. “Mace’s former proximity to the website could make it difficult for her to make allies in the governor’s mansion.”

Interesting … although this line of attack does come as a much more serious discussion of those Nikki Haley affairs is just getting underway.

Here’s the takeaway from this piece: Of all the names that have been floated as possible challengers to Graham in 2014, “Nancy Mace” is the one that scares him the most. Which is probably as it should be …