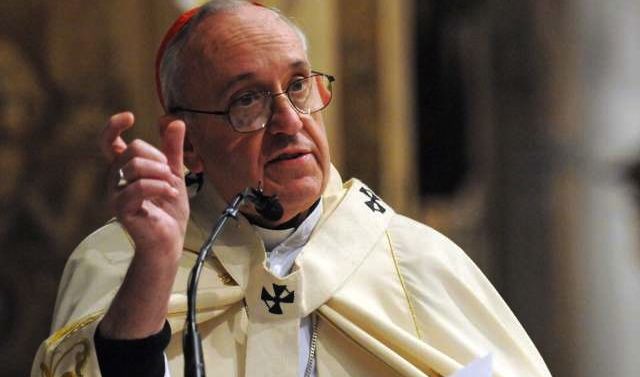 Cardinal Jorge Mario Bergoglio has been selected as the new leader of the Roman Catholic Church  – and has taken the name Francis (after St. Francis of Assisi). The longtime archbishop of Buenos Aires is the first South American pontiff (and the first Jesuit pope) – and begins his ministry at the ripe old age of 76.

Moments before the announcement, billows of fumata bianca (a.k.a. “white smoke”) came pouring from the chimney of the Sistene Chapel in Vatican City, symbolizing the successful conclusion of the papal conclave.

Shortly thereafter came the official announcement from the church: “Habemus Papum” (a.k.a. “We Have a Pope”).

Bergoglio will replace Benedict XVI, the first pope in six centuries to resign the office. The 266th pope – Bergoglio was selected on the fifth ballot, on the second day of the conclave. He is the first non-European to lead the church in nearly 1,300 years.

Catholics view the Pope as the apostolic successor of Saint Peter, the rock upon which Jesus Christ built his church. He is said to have a “direct line” to the Almighty – meaning his pronouncements are held as the divinely inspired will of God.

Bergoglio – who was not a frontrunner heading into the conclave – is said to be a conservative, and has firmly upheld the church’s teachings on issues like abortion, gay marriage and contraception (he’s against all three, in case you’re keeping score at home). He inherits a church marred by allegations of child sex abuse at the hands of its leaders – as well as a major rift within the Holy See over allegations of corruption and mismanagement within the church’s bureaucracy.

Bergoglio has a reputation for thrift – eschewing the perks of office after being chosen as a cardinal in 2001.

According to the 2012 Annuario Pontifico, there were 1.196 billion Catholics worldwide in 2010 – the latest year for which data is available. That’s roughly 17 percent of the world’s population. In America there are approximately 75 million Catholics – which equals roughly one out of every four United States citizens.

CPAC Is Doing It Wrong