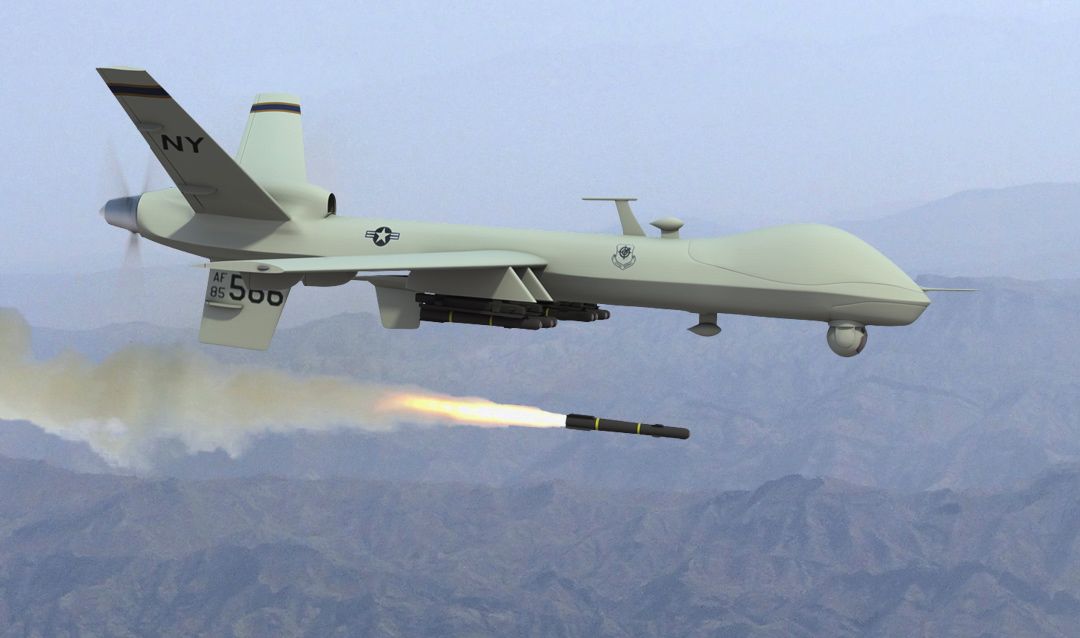 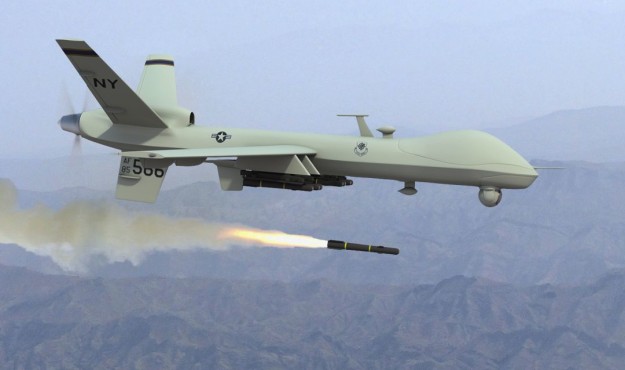 By Amy Lazenby || A U.S. Department of Justice (USDOJ) memo released yesterday reveals the Obama Administration’s legal rationale for using targeted drone strikes on American citizens abroad who are believed to be affiliated with al-Qaeda. For an explanation of the content of the memo (and to read it for yourself), see Morgan Allison’s piece here.

The White House insists its policy on the use of unmanned drones to kill American citizens is consistent with the U.S. Constitution. The constitutional basis for these strikes, according to the administration, is the Commander in Chief Clause, in addition to well-developed concepts of international law – the right of nations to defend themselves against attack and to engage in self defense before the attack occurs.

What the policy actually does, however, is put the interest of the United States to prevent a possible terrorist attack above the right of actual American citizens to their lives. Thus, a theoretical threat becomes more important than the life and liberty of our people. That, Mr. President, is not consistent with the U.S. Constitution.

But the “broader concept of imminence” in the memo – which allows for a targeted drone strike on an American citizen on the basis of information held only by an “informed, high level official” – makes Holder’s words ring hollow. How is such a targeted kill program, in the words of the Attorney General, “consistent with our values?”

Where is the target’s opportunity to defend himself?

Have we been so terrified by the 9/11 attacks that we are willing to relinquish our basic right to due process under the law? Has our national consciousness become so entrenched in this “war on terror” that we have been lulled into believing that the extrajudicial killing of American citizens – just because the president says so – is a necessary evil?

It is not, nor should it ever be. Not under this president, not under the previous one, and not under the next one. How long, exactly, will these counter-terrorism efforts continue? Indefinitely, apparently. And how many American citizens will die without having a chance to present their cases in a court of law? An indefinite number, it appears.

According to the white paper, targeted strikes against Americans do not violate constitutional protections afforded American citizens, do not violate American law that criminalizes the killing of U.S. nationals overseas, are not war crimes, and do not violate a U.S. executive order banning assassinations.

Those are bold and broad claims, claims that should frighten any American citizen who believes that his right to life, liberty, and property – but especially life – is guaranteed under the Constitution and the canon of law that surrounds it.

“A lawful killing in self-defense is not an assassination,” the memo reads. “In the Department’s view, a lethal operation conducted against a U.S. citizen whose conduct poses an imminent threat of violent attack against the United States would be a legitimate act of national self-defense that would not violate the assassination ban. Similarly, the use of lethal force, consistent with the laws of war, against an individual who is a legitimate military target would be lawful and would not violate the assassination ban.”

But the fact that the reasoning in the memo goes beyond previous definitions of “self-defense” or “imminent attack” as defined by the program’s key architect, White House counterterrorism adviser John Brennan, should give all Americans pause. Exactly how far in advance of actually committing a crime against the United States can a person be targeted for a drone strike, and on what evidence? We, the American people, cannot know. We are not the “informed, high level official.” We are merely citizens trained to live in fear of possible threats.

Jon Brennan is now the president’s nominee for CIA Director, and as the principal coordinator of this program, he will have some difficult questions to answer at his confirmation hearing before the Senate Intelligence Committee about the efficacy of these drone strikes and whether they are actually creating more militants than they are killing.

In addition to the named targets – be they American or non-American – drones have killed innocent civilian bystanders, and the collateral damage has not gone unnoticed by the people who live in the countries targeted by this program. Is America really willing to expend its limited political capital in the Middle East in this way?

Wading even further into the ethical morass that is the administration’s drone strike policy, White House Press Secretary Jay Carney said yesterday, “We conduct those strikes because they are necessary to mitigate ongoing actual threats – to stop plots, to prevent future attacks, and save American lives. These strikes are legal, they are ethical, and they are wise.”

It is my contention that they are extra-legal, unethical, and exceedingly unwise. Our country will pay for the colossal mistake that is this program, in American lives and in American political capital on the world stage.