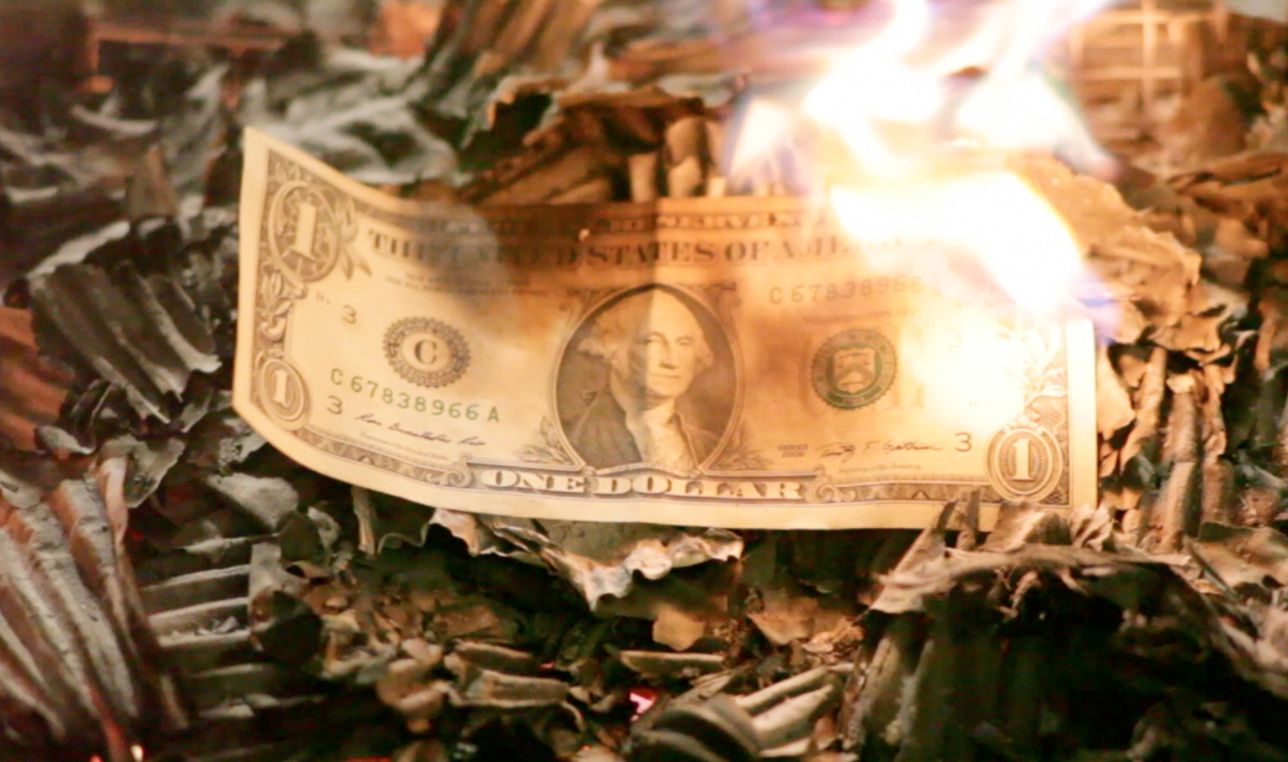 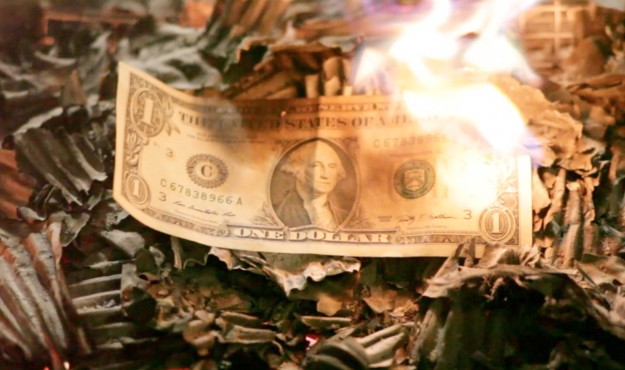 THIS IS WHERE WE’RE HEADED …

We think the recommendations produced by the so-called National Commission on Fiscal Responsibility and Reform (a.k.a. the “Simpson-Bowles” commission) were pretty weak. We’re not saying the cuts this group recommended shouldn’t have been adopted (they should have) but revenue enhancements are not our cup of tea.

Nor are they the economy’s cup of tea …

Having said that, commission co-chairman Erskine Bowles made a good point recently regarding the skyrocketing interest that American taxpayers’ are being forced to pay on government’s skyrocketing debt.

“We’ll be spending over $1 trillion a year on interest by 2020,” Bowles said at a recent forum, arguing this money would be better spent on public education or infrastructure. “What makes it doubly bad is that trillion will be spent principally in Asia, because that’s where our debt is,” he added.

Obviously we disagree with Bowles regarding the need for additional funding for government-run schools. We might as well set those dollars on fire, people. And while we believe a case can be made for government building and maintaining infrastructure, the process currently in place is wasteful and inherently corrupt – leading to billions of dollars in unnecessary expenses each year.

From our vantage point, a much better way of looking at this $1 trillion is to think of it as money that could have been pumped back into the American free market in the form of tax relief – preferably income tax cuts. Of course with “Republicans” joining Democrats on the tax-and-spend bandwagon that’s clearly never going to happen.

What is going to happen? More spending. More debt … and higher interest payments that choke off future economic growth. All in the name of “recovery.”

SC Gas Prices … Back To The Future

Look at the narrowing of the deficit in past 6 months. If we could stop our out of control spending, our own economy will right the ship in time.

Repudiate the debt. Don’t force our kids into debt slavery because of our mistakens(and our grandparents and parents).

It’s time for a national bankruptcy; let the chips fall where they may.

I care about my kids enough to suffer for them now so they have a chance for prosperity…if the country doesn’t do it I’ll have no other choice than to consider other options.

Yep. “Flee”, leave, whatever you want to call it. My kids come first. Not some long forgotten notion based on a paper written 237+ years ago that no one pays attention to.

The flag wavers will go down with the ship. I’d be willing to tough it out if it was a national bankruptcy in which there was a reconciling and things changed quickly, but I’m not willing to sit around and watch things/opportunities erode away over time so when my kids get older they have it worse than me.

I’ll pull a Depardieu before I let that happen.

FITS told us there was NO Difference between Romney and Obama…

Why do you expect anything else???

Without spending or debt, the economy would tank.

Interest rates have not gone up. We have no inflation. Don’t focus on the debt, like England does–and England is in the tank–but focus on stimulus.

You cannot slash spending and create jobs. The only thing that creates jobs is stimulus and low interest rates for borrowing.

Bush spent too much…but he was pro-American and pro-business, so jobs were abundant, as was Wealth…

That said: It took about 4 years of HORRIBLE Leftwing ideology to Take us down to this terrifying Obama level…but as soon as we Sweep the Crap (libs) out of DC…and start practicing Americanism again…we can be righted (with some prayer added)….

I ask ALL of you to pray (to God) for healing of this nation, and a break of the grip from the Hateful forces trying to exact ‘revenge’ upon the very Citizens that GAVE them anything they’ve ever gotten…

Pray to please put the enemies of America asunder, and let us prosper to serve the real God…not the poltical idol of the world…

They’ll never unwind the balance sheet in time if things take off in order to stave off price increases from the tripling of the monetary base(which is inflation, price increases is the result eventually).

#1. They will never find buyers of bonds(their plan for unwinding) in the time of rapidly devaluing currency, when even now we already have to buy 70% of them.(which is being monetized, meaning more money printing)

#2. The standard of living will continue to erode over time via the expansion of the money base until the possibility of a Mises crack up boom under such conditions.

Actually, you can. It’s called “savings” and once you have enough you can hire someone.

You better be careful Ceili, even Krugman is acknowledging the possibility of price increases now:

“Interest rates have not gone up. We have no inflation.”

Actually, that depends on what you buy(assuming you mean price increases, because the “inflation” has already occured):

When you HATE America, and hate freedom and the private-sector, does it matter?

Memo to the rest of you Mo Fo Lo Info voters: Leave the thinking to those with mathnastic ability.

BigT, the correct answer is: —-HE DOES NOT CARE—-

It’s THE Main obligation of our government…

I’d love to KICK your Stupid @$$ there Myself..and then LMAO when you opened your Ignorant mouth…IDIOT!!!

Cliché. …or you can try these if you would like to mix it up:

The first class is free.

Those who have invested for failure want failure. They would like for us to repudiate the debt. Because if we succeed they may lose money. We need to leave sequestration in place, and see what happens. Forget the debt ceiling. That is a total loser for the country. If we default on debt our biggest expense, interest on the debt, will go through the roof.

By the way the cost of the two wars is approaching 2 Trillion now and will likely exceed 2 trillion before they are over. We have absolutely nothing to show for that expenditure. Its as though we buried that money in the Iraq desert. Oh, wait, we did.

The debts stem from the unfunded wars and the economic collapse. It will take economic recover and an end to the wars to get us back on track. The military needs to go back to were it was under Clinton, plus the rate of inflation.

“Those who have invested for failure want failure.”

If the currency collapses, EVERYONE takes a hit…even gold holders.

The breakdown of division of labor/destruction of markets hurts everyone. The gold owners just lose less(initially).

There are truly a small # of people wanting “failure”. The fact is though, the debt will never be “paid off” off successfully let alone “managed” in the coming years. The “failure” has already happened.

Success would be acknowleding our situation and doing the bankrutpcy now instead of dragging out the misery for decades(if possible) and subjecting our children to the sins of their ancestors and instead rebuilding for them via cleaning up our own messes.

“If we default on debt our biggest expense, interest on the debt, will go through the roof.”

Not if we repudiate the debt. There would be ZERO interest.

The only person that I can think of at this moment that “wanted” failure in economic terms would be John Maynard Keynes, who was a perpetual loser in investing until he played the other side of the gold confiscation edit he helped promote via Roosevelt by buying gold mining companies right before the edict he knew was coming.(typical crony capitalist, right?)

Even then Jan, he didn’t root for a total “failure”-just partial. Keynes just wanted the failure of the common people in trying to protect themselves because a total breakdown in currency/DOL would have eventually hit him too.

There are no recommendations from the National Commission on Fiscal Responsibility and Reform (a.k.a. the “Simpson-Bowles” commission) because none of the Republicans on the Commission, including Paul Ryan, would vote for it.

So all this BS about the “recommendations” is just that — BS.

eliminate funding for pbs…nea…epa… and the national historic registries…save billions immediately; sell off 30% of all national forests (with environmental stipulations, of course)…n0 brainer, dudes…

I couldn’t find an immediate number for “national historic registries,” but so far that’s only $9 billion you have saved. Yeah, that won’t do jack shit. But hey, all those corporations will love you for killing an agency that has hurt their bottom line for the last couple of decades!

Selling off the forests is an incomprehensibly dumb idea, as is demanding “environmental stipulations” that come with the sale after you’ve just suggested defunding the EPA.

$9 billion is nothing compared to the Afghanistan war’s spending (will be almost $200 billion over FY2012-FY2013 ALONE), defense spending in general (~$700 billion), corporate welfare (est. $100 billion each year), tax loopholes and shelters (God knows how much revenue is lost because of them), etc., which is exactly what Republicans are defending when they spout this inane garbage about how stopping funding to PBS and the EPA is going to work wonders or some shit.

In addition to drastically fixing those those, we should be cutting government spending across the board. We should have also raised more revenue than what the fiscal cliff deal called for.

The first step to all of this, though, is to fire 80% or more of congressmen.

Jon Stewart had a good take on the trillion dollar coin the other night, poor Krugman:

Speaking of fiscal responsibility would you please tell the dude who had his hat on ass backwards and wearing the Manning jersey at the Mexican restaurant last Friday night to leave a better tip. We had to clean up all them chips off the floor after his younguns and hisself, too.

Hell any kind of coin man would help us out, Chump.