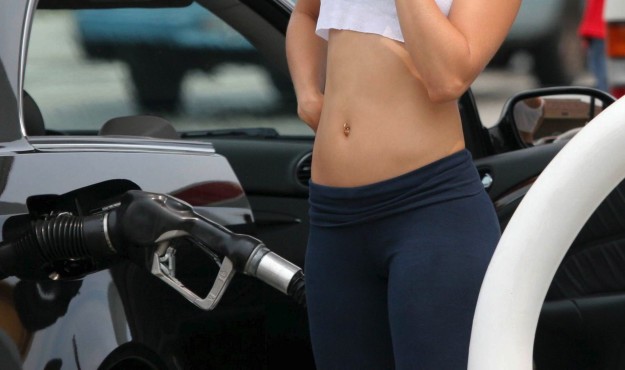 Last year was a wild ride for gas prices in the Palmetto State … but what will 2013 hold?

Well we know one thing: Dirt poor South Carolinians will continue paying a disproportionate share of their modest incomes on fuel costs (second only to Mississippi, last time we checked). We also know there is a major effort underway to compound this problem by raising the state’s gas tax. Sources tell FITS this proposed gas tax hike is “DOA” in the S.C. House of Representatives – and we certainly hope they’re right.

But until we start raising income levels in this state, we’re going to continue to see our citizens shelling out much greater percentages of their recently reduced incomes to gasoline than people who live in other, less backward states …

Anyway, in 2013 FITS will continue to monitor South Carolina fuel costs on a monthly basis – and as it happens our first reading of the new year is virtually identical to January 2012. According to the AAA Daily Fuel Gauge Report, the average price for a gallon of regular, unleaded gasoline in South Carolina is $3.20 – or two cents cheaper than it was a year ago (and ten cents below the national average of $3.30 per gallon).

That’s the good news … the bad news? Gas is up eighteen cents per gallon from December 2012. Also South Carolina – which historically boasts the nation’s cheapest gas – is currently trailing 21 other states when it comes to the cost of its petrol.

Experts we spoke with weren’t immediately aware of anything beyond the “normal fluctuations” in fuel prices (other than a vague “supply disruption” affecting the Charleston, S.C. area) but they said they’d look into the situation for us. Obviously we’ll be sure to let you know if they come back with anything revealing …

SC Most “Interesting” State For Politics