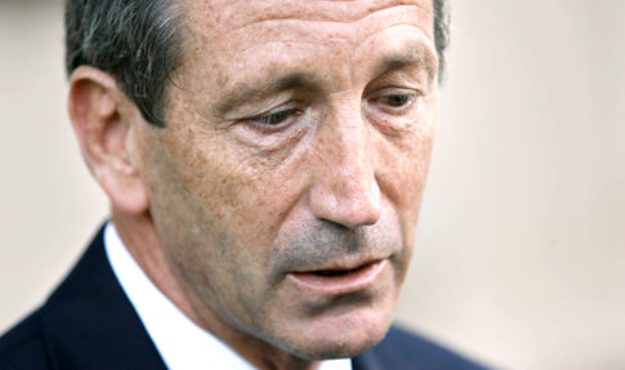 We’re still two weeks away from the official kickoff for South Carolina’s vacant first congressional district seat (a.k.a. the opening of filing for the seat), but that’s not stopping the candidates from taking the temperature of voters as they contemplate entering the circus.

In fact sources tell FITS a “long and expensive” poll of the first district was conducted this week – a survey that focused almost exclusively on one candidate: former S.C. Gov. Mark Sanford. The poll – which was in the field as recently as Thursday evening – also asked questions about S.C. Senator Larry Grooms (R-Berkeley) and State Rep. Chip Limehouse (RINO-Charleston), but we’re told it went into extensive detail about positive and negative aspects of the political

Specifically, the poll asked voters to rate certain statements on a scale of 1 to 10, indicating the extent to which the statements made them “more likely” to support Sanford’s bid for the U.S. House seat he held from 1995-2001 (prior to his two terms as governor of South Carolina).

For example, the poll asked if voters would be “more likely” to vote for Sanford knowing …

Obviously this poll is “testing messages,” i.e. seeking to assess which of Sanford’s positive traits are likely to be best-received by voters – and which of his negative traits are likely to do the most damage to his prospective candidacy. Who’s behind the poll? Our guess is it was commissioned by Sanford’s campaign in an effort to get a lay of the land prior to his formal announcement for the seat.

Sanford’s numbers statewide – even among Republican voters – are poor. According to a Public Policy Polling (PPP) survey released last month, fifty-three percent of South Carolina voters had a negative opinion of Sanford compared to just 30 percent who viewed him in a favorable light.  Among Republicans, 44 percent viewed him unfavorably compared to 39 percent who had a favorable impression.

We suspect Sanford fares a bit better in the Lowcountry – and among first district voters – but he’s obviously still facing an uphill climb. In fact most politicos we’ve spoken with expect him to lose a runoff election for the seat (assuming he makes it that far).

UPDATE: This will come as a shocker to no one, but multiple Republican sources are confirming to FITS that this poll was commissioned by Mark Sanford’s campaign.