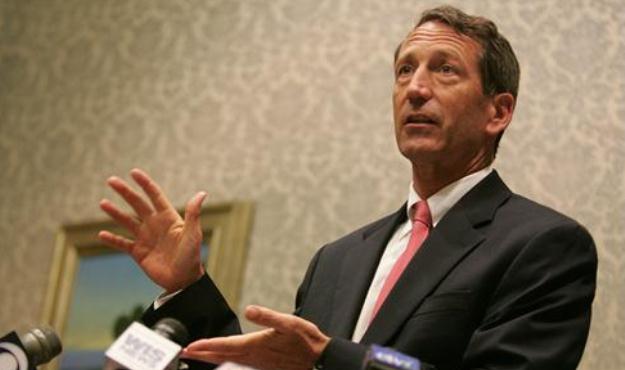 Now the only question is whether his ex-wife, Jenny Sanford, will also seek the seat …

FITS reached Sanford a few moments before the CNN story was published and he declined to confirm the reports, but the network is quoting a “former top aide” to the ex-governor as saying he is “almost certain to run.”

One veteran Republican consultant bristled at the prospect.

“He’s like syphilis: Once you get him, you can’t get rid of him,” GOP consultant Bob McAlister wrote on his Facebook page.

Others were less antagonistic.

“Why is everyone angry Sanford might run for Congress?” former S.C. Treasurer Thomas Ravenel mused on his Facebook page.  “If every Congressman voted like he did we wouldn’t be in the mess we’re in now.  So it’s okay to mislead your country into dubious wars or bankrupt the country but woe to you if you ever seek love outside of a failed marriage.”

Sanford would join a crowded field in a March 2013 special election for the S.C. first congressional district – which he represented from 1996-2001.  In fact as many as two dozen politicos have expressed an interest in the seat – which is being vacated by U.S. Senator-designate Tim Scott (who was appointed this week to the U.S. Senate seat being vacated by Jim DeMint).

Once a top prospect for the 2012 GOP presidential nomination, Sanford’s career imploded three-and-a-half years ago when he was caught lying about his whereabouts to conceal an adulterous affair with an Argentinean woman.  Sanford led people to believe he was hiking the Appalachian Trail when he was really in Buenos Aires enjoying an illicit rendezvous with his Latin lover, Maria Belen Chapur.

For those of you who have suppressed the memories, Sanford dramatically confessed his extramarital affair at a rambling press conference at the S.C. State House in June 2009.

He then compounded his problem by perpetually oversharing about his feelings – and nearly lost his job as a result of an ensuing ethics investigation into his travel practices.  Among other abuses, Sanford failed to report dozens of private flights, obtained improper upgrades to first class seats on numerous state trips and misused the state plane for personal and political purposes.

The former governor would face an uphill climb if he does jump into the race to reclaim his old seat.  According to a new Public Policy Polling (PPP) survey released last week, fifty-three percent of South Carolina voters have a negative opinion of Sanford compared to just 30 percent who view him in a favorable light.  Among Republicans, 44 percent view him unfavorably compared to 39 percent who have a favorable impression.

Sanford’s numbers amongst Republicans are marginally better in the Lowcountry, however.  Also he’s got plenty of money to get his message out – which obviously helps.  Finally, he’s gotten engaged to his former mistress – removing some of the stigma associated with his indiscretion.

We wrote back in January that the 52-year-old had started plotting a political comeback, although his target then seemed to be the woman who followed him into office – current S.C. Gov. Nikki Haley.  Sanford financially supported Haley at a critical juncture of her 2010 campaign – a decision he later came to regret.