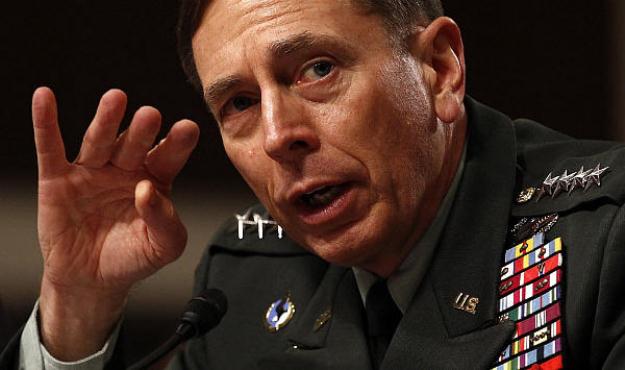 And yes, if you believe that explanation then we’ve got some oceanfront property in Nebraska and a mountaintop home in Florida you might be interested in purchasing.  Seriously … no one gets canned for having affairs anymore.

So why is Petraeus really leaving?  The most common explanation involves the scandal surrounding a September 2012 attack on the U.S. consulate in Benghazi, Libya that left four Americans dead – including a U.S. Ambassador.

Remember that scandal?  Of course you don’t … the mainstream media put it in a drawer for two months leading up to the U.S. presidential election.

Rumor has it the 60-year-old commander wasn’t interested in being the fall guy for Benghazi … and as a result of his resignation he will no longer have to answer questions about the debacle before congressional investigators.

Really?  That’s all it takes to get a pass on a congressional investigation?

Petraeus was appointed by Obama to lead U.S. forces in Afghanistan in June 2010 after Gen. Stanley McChrystal was relieved of his command.  In April 2011 Obama tapped Petraeus to lead the CIA when its prior director Leon Pannetta took over as Secretary of Defense.